Who is Ian Huntley’s daughter Samantha Bryan? – The Sun

DEPRAVED Ian Huntley repeatedly abused a teenage ex-partner and had a child with another youngster he groomed before murdering schoolgirls Jessica Wells and Holly Chapman.

His daughter Samantha Bryan has spoken about life with the twisted school caretaker-turned-killer, who was jailed for life in 2002.

Ian Huntley was convicted of the girls’ murder in 2003 and sentenced to two terms of life imprisonmentCredit: Rex Features

Who is Samantha Bryan?

Samantha is the daughter of Huntley’s ex Katie Bryan.

Katie was groomed and abused by evil Huntley when she was just 15.

Katie left Huntley before Samantha was born in 1998 and went on to marry her new, caring boyfriend, Martin Bryan.

How did Samantha Bryan find out about her father?

Samantha was left horrified when she discovered her father’s identity through a school project.

“We were doing the crime rates in Grimsby and Cleethorpes and – so that’s all I put into Google and the picture of my mum came up so I clicked on it which took me straight to the story,” she told Channel Five.

Katie was “heartbroken” her daughter had learned who her father is.

The mum told her daughter she had “another dad” who was a “nasty man”, but never went into the whole story until she produced a box of clippings on Samantha’s 18th birthday last year.

Samantha said: “I wasn’t angry at my mum for not telling me what he’d done because at that age I wouldn’t want my children to know that.

“If he was expecting to get some sort of message from me he’d be lucky to get one.

Samantha found out the details of Huntley’s crimes when she was 17, when her mum handed her a box of newspaper clippings about what he had done.

She told Really’s The Killer In my Family: “I thought I was ready. About ten mins later [my mum] came back in and asked me how I was feeling and if I was OK and I couldn’t stop crying. 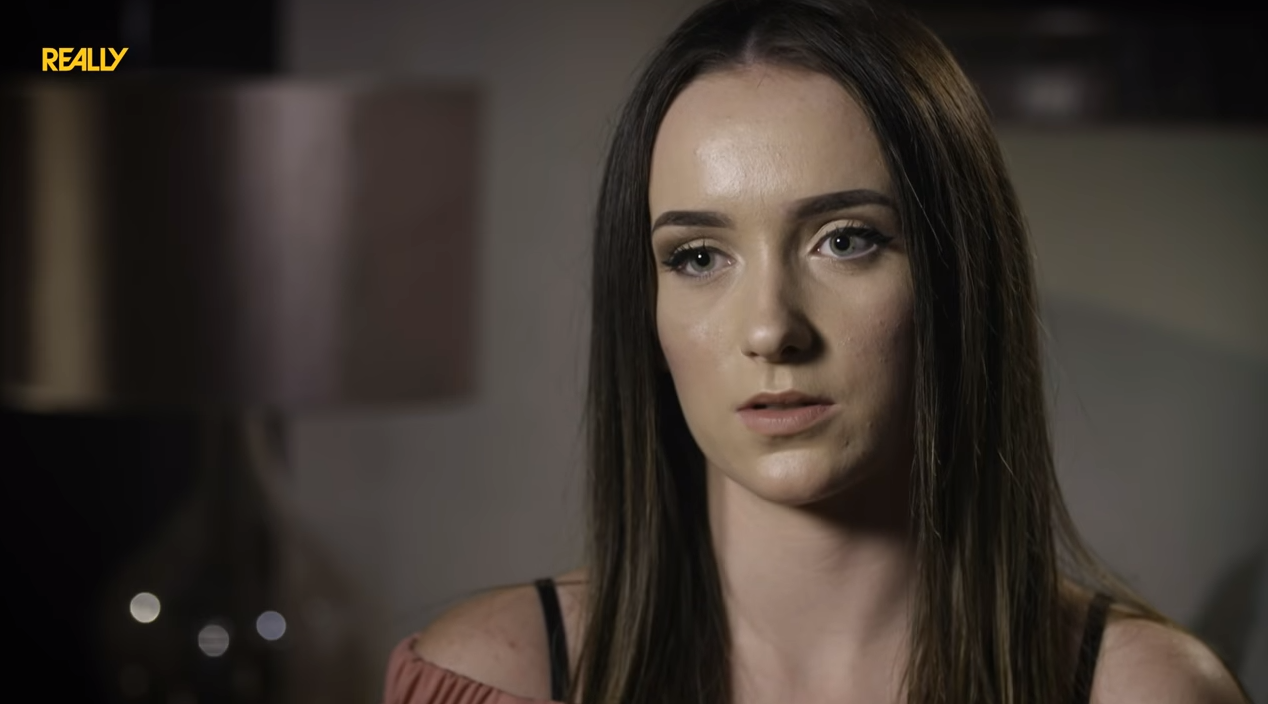 Sammy Bryan has revealed how she discovered her dad was Ian HuntleyCredit: Really

“The paper clippings told me what my mum had gone through, how she’d been abused and raped and things.

“Thinking back to it, I cant really say there was anything more upsetting than the other, it was all very hard to read.”

It has emerged in the past Huntley has asked fellow lags at HMP Frankland in Durham to use a ­feminine version of his name — telling them: “Call me Lian.”

The Sun revealed Huntley and other inmates can buy make-up at the jail, where he was seriously injured after being slashed across the face in 2010.

In February 2018 The Sun revealed tapes of Huntley moaning about life behind bars and apologising for his crimes.

He called his former lover Maxine Carr a liar in the recordings, but added: “I wish her every happiness.”

Last summer Katie described how she felt there were so many “missed opportunities” to stop Huntley before Soham – and felt regret herself at not going to the police.

She said: “I was powerless under his spell, completely dominated by him.

“I was too young to understand he was controlling me and squashing every ounce of self-esteem I possessed.

“Had I gone to police, perhaps his paedophilia, his violence, would have been uncovered sooner.”

What happened to Holly Wells and Jessica Chapman and how was Ian Huntley caught?

They were reported missing on Sunday, August 4, 2002, after going to a family barbecue and heading out to buy sweets.

Huntley invited the girls, both ten, into his home when they walked by.

Their bodies were found a week later 12 miles from Soham near an RAF base on August 17.

Huntley was arrested and he was eventually convicted in 2003 of the girls’ murder and sentenced to two terms of life imprisonment.

After his conviction it was revealed he had been investigated in the past for sexual offences.