AS Moors Murderer Ian Brady lay gasping on his deathbed he made time for one final act of cruelty.

With calculating evil, the 79-year-old told hospital staff to remove two combination-locked Samsonite briefcases he kept in a cupboard beside his bed and give them to his solicitor. 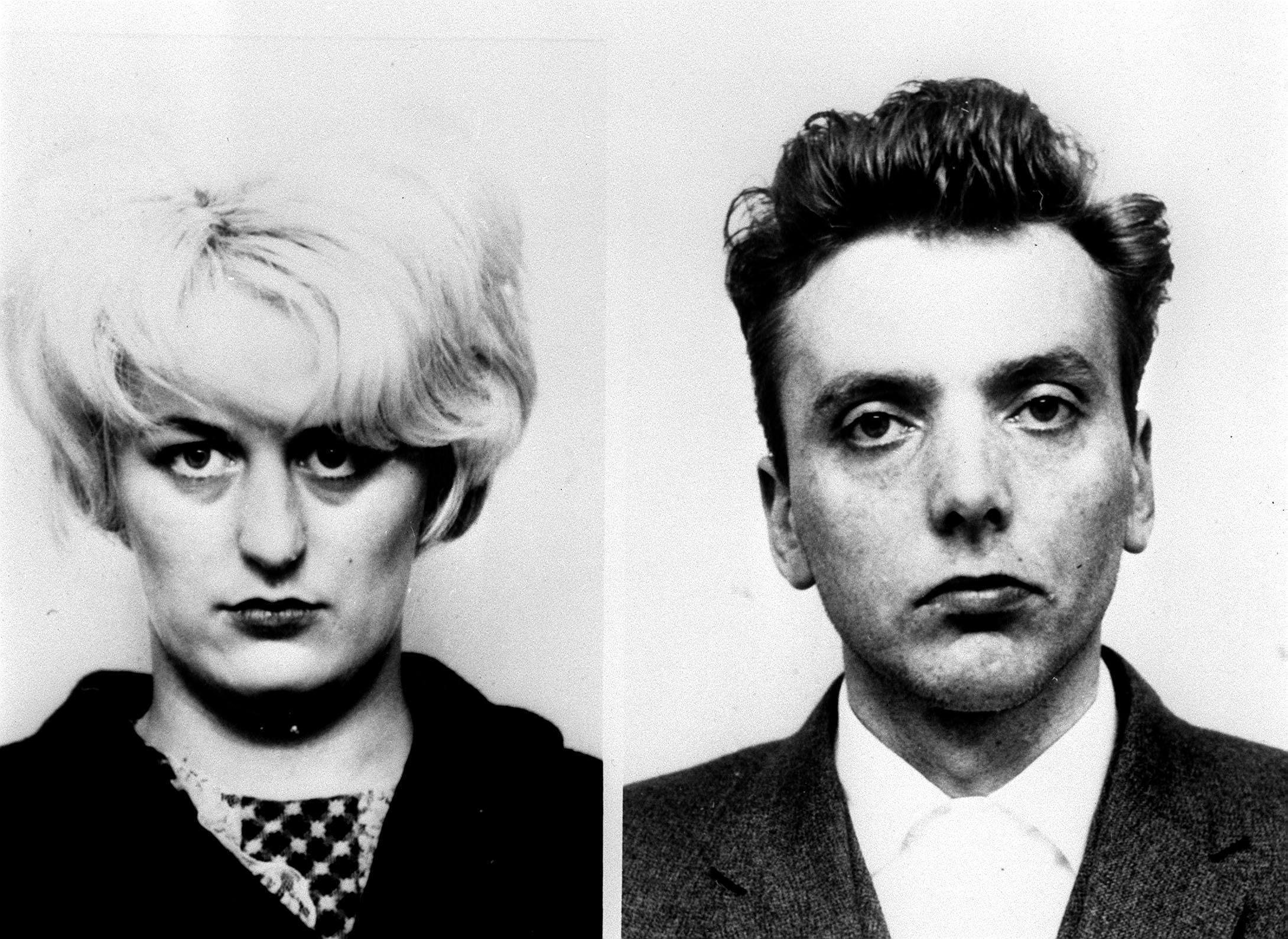 He knew this final act would cause yet more pain to the grieving family of Keith Bennett — the third of his and accomplice Myra Hindley’s five child victims in the Sixties — and the only one whose body has never been found.

The Bennetts have long believed that Brady may have left a clue among his possessions that could finally lead them to their little boy’s resting place.

Now Home Secretary Priti Patel has pledged to bring in a new law which will force the serial killer’s solicitor to give police access to the monster’s personal paperwork.

During the 1965 police investigation, officers discovered Brady had stashed mementos of his crimes in suitcases he checked in at a railway station’s left luggage office.

Keith’s younger brother Alan, 64, who had received a letter from Brady, said in 2019: “There is a desperate need to look for anything that may help in the recovery of Keith’s body.

“During my correspondence with Brady he stated that he had left instructions in his will for me alone. It was a time when I was searching on the moor and asking him about routes taken, landmarks etc.”

Yet since the killer’s death from cancer in 2017, detectives eager to provide the Bennetts some closure have been denied access to contents of the cases. 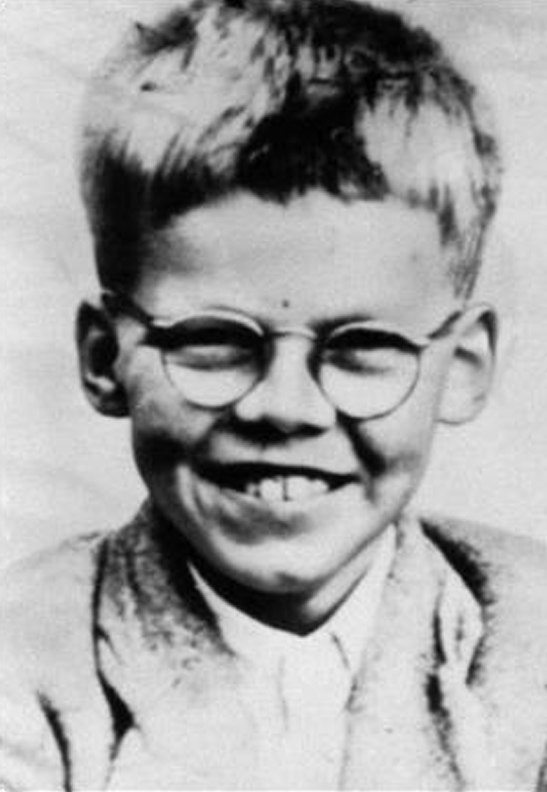 Keith Bennett was the third of Hindley and Brady’s five child victimsCredit: EPA 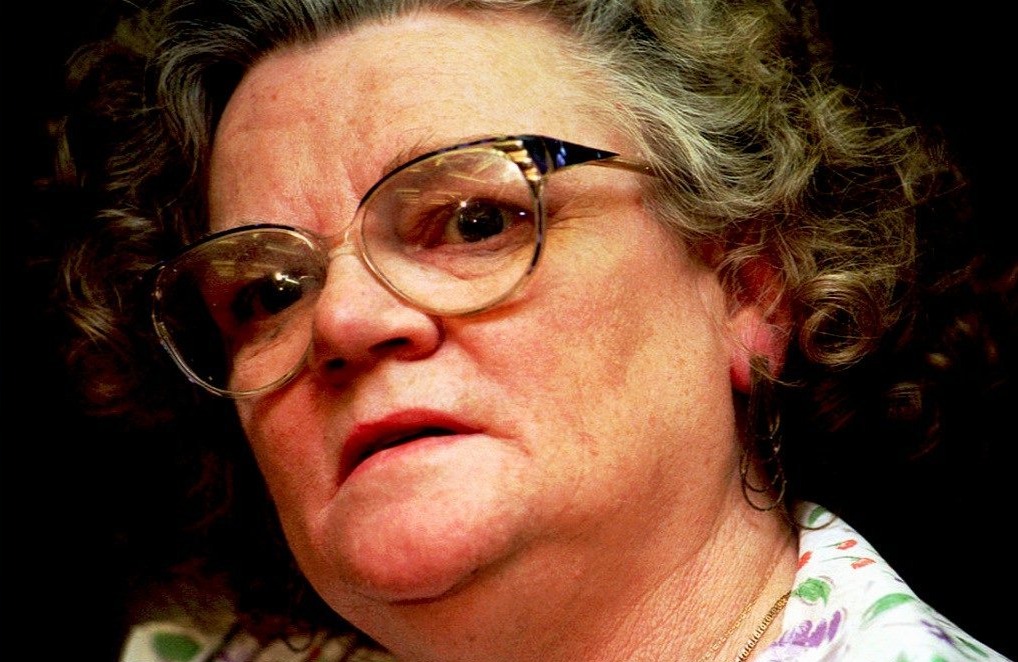 The Samsonites and their hidden secrets remain gathering dust in secure storage under the care of Robin Makin, Brady’s solicitor and executor of his will.

Cops currently have no powers to open the cases. But that could change if Priti Patel’s proposed law comes in, following campaigning by Alan.

He thinks the cases could reveal where Brady and his lover Hindley, who died aged 60 in 2002, buried his brother on Saddleworth Moor, between Leeds and Manchester.

He once said: “I feel like they have still got him, even though they are both dead. They took him away from us and we have got to get him back.”

After a meeting with the Home Secretary, he wrote on Facebook: “I hope common sense and justice for the victims and their families will win through and there will not be any cold-hearted opposition to the bill.”

It could finally bring to a close a wicked saga that began over, half a century ago when Brady and Hindley snatched 12-year-old Keith from Longsight, Manchester.

It was tea time on June 16, 1964. Little Keith waved goodbye to his mum Winnie Johnson and set off for his gran’s house.

He never made it after being lured into a van by Hindley, with Brady in the back seat.

He was taken to bleak Saddleworth Moor where he was sexually abused and murdered by Brady. 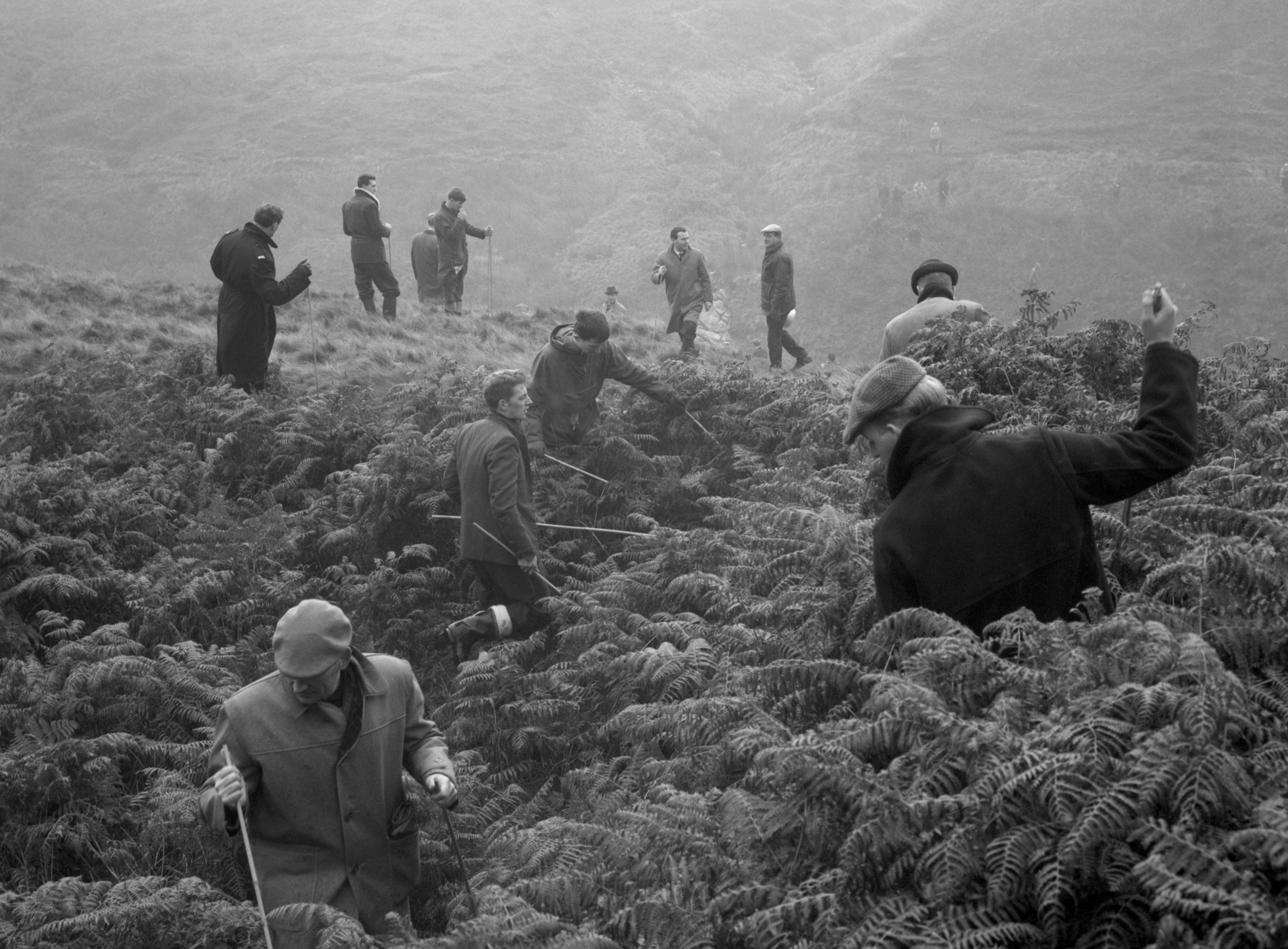 Police rake through the moors in 1965Credit: PA:Press Association

The pair were found guilty in 1966 of torturing and killing John Kilbride, 12, Lesley Ann Downey, ten, and Edward Evans, 17.

But he continued to taunt his victims’ families by telling police he was “puzzled” they never found Keith’s remains. In 1987 Brady was taken to the moor by officers to help locate the remains. The attempt failed, but Pauline’s body was found there that year.

His mother Winnie died in 2012 having not completed her wish of finding Keith and giving him a Christian burial.

A week before she died, aged 78, she said that her final wish was to find out where the Moors Murderer buried her son and asked Brady to, “Tell me where Keith is”.

She said: “I want him found before anything happens to me because I’ve got cancer and I don’t know when I’m going to die.

“I want Brady to know that I’ve got cancer and if he has any decency or respect for himself and me, he will tell me where Keith is before anything happens to me.

“Brady, I’m wanting you to tell me where Keith is before anything happens to me.

“I’ve got cancer and if you’ve got any decency and respect for yourself and me you will tell me where Keith is because that’s the last thing I want to happen before I die.” 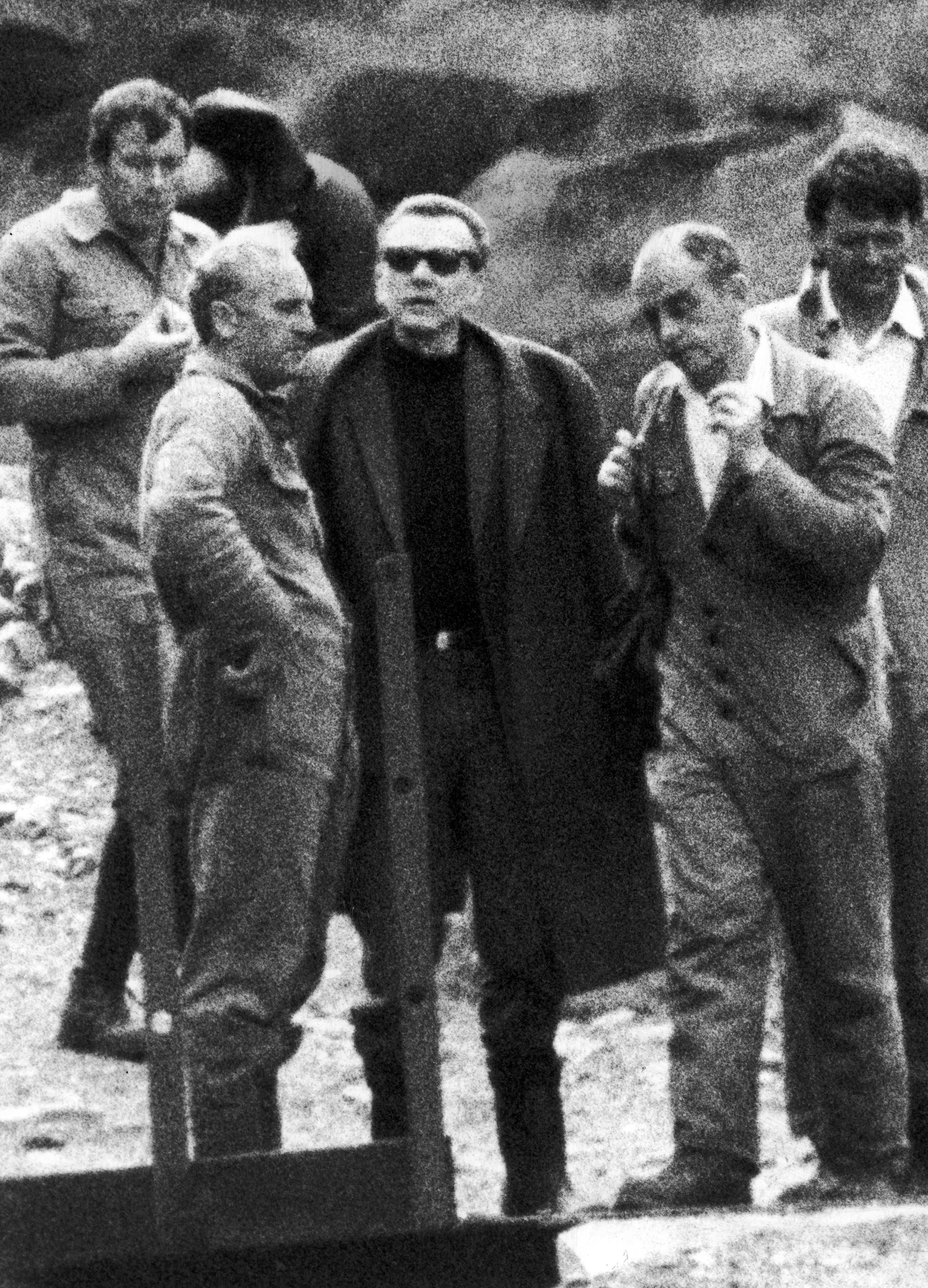 Brady, centre, on the moors with police in attempt to find Keith’s bodyCredit: Mirrorpix

But Brady showed no mercy.

Years earlier he had suggested he would reveal the details of Keith’s remains.

In a goading letter sent to Alan in 1991, Brady promised to lead him to his brother’s remains after his death. The letter read: “I again advise you to stop searching until matters are resolved. My will contains special instructions for you alone. My time is almost over. Sincerely, Ian Brady.”

But 26 years later, when Brady — who had previously been force fed after going on hunger strike — died in Ashworth Hospital in Merseyside, Alan was still denied the clues.

In the final minutes of his life, Brady ordered that the two locked briefcases should be taken from his bedside and handed to his solicitor.

Police later applied for a ­warrant to open them but were refused by a district judge, because any ­evidence would not be “relevant”.

Alan said: “The refusal by Makin to help any further is a great cause of distress considering that my brother’s body still remains on the moor while all the other victims have been returned to their loved ones for a proper burial.”

John Ainley, Alan’s solicitor, said at the time: “Only my client and the police have ­sufficient back-ground information to know whether there are any clues among Brady’s papers to help find Keith, some of which may be coded.

‘HINDLEY PUT HER ARMS ROUND MY SIDE’ 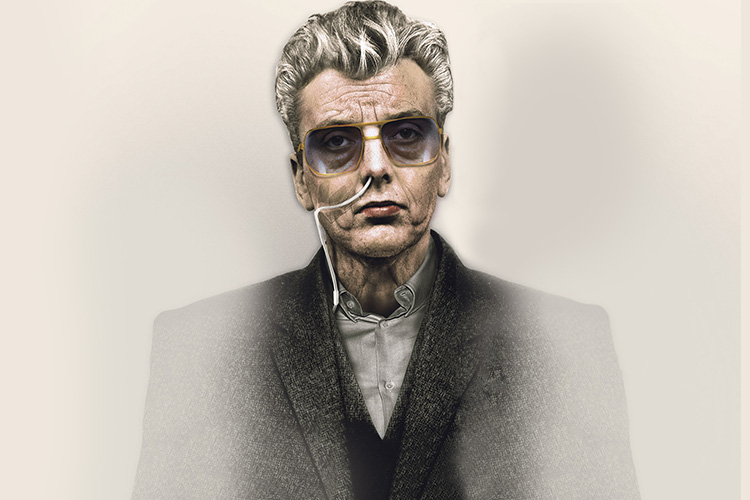 “My client’s heartfelt request for help is aimed at those who have the power to assist him find closure for all the family.”

In his desperate search for answers, Alan even met Hindley twice in prison in 1998. He said: “The case had gone cold and I thought I would give it a go. I was on my own. I didn’t tell anybody. I didn’t even tell my mum.”

Recalling their first encounter, Alan told how he stared into the face of a killer.

He said: “I thought, ‘This is her’. I didn’t know what to do and stood up and said hello.

“She started crying and put her arms round my side and said, ‘I am so sorry for the trouble I have caused and the pain I have caused over the years, and for being such a coward’.

“Next thing she was sat next to me and said, ‘I do want you to know that I never touched Keith, I never murdered him, but I am as guilty as Brady because I put him in the car.

“‘I knew what was going to happen to him, but I never laid a finger on him’.” During the meeting Hindley agreed to help Alan find his brother.

She suggested the pair could meet again with a police presence to go through the photographs she and Brady had taken in the aftermath of the moors murders.

Alan said: “She did seem genuine in her desire to help, and genuinely upset.

“She did break down when she saw me. She said she thought Keith was in the vicinity of Hoe Grain, which is near a lay-by off the A635 but quickly becomes hidden from the road.”

Then two days before he was due to meet Hindley again with police, he received a message that one of the officers had a family crisis and the meeting was cancelled.

A few days later Hindley suffered a cerebral aneurysm and claimed she could not cope with seeing Alan again.

“Every time I seemed to be getting closer, something would happen,” he said. 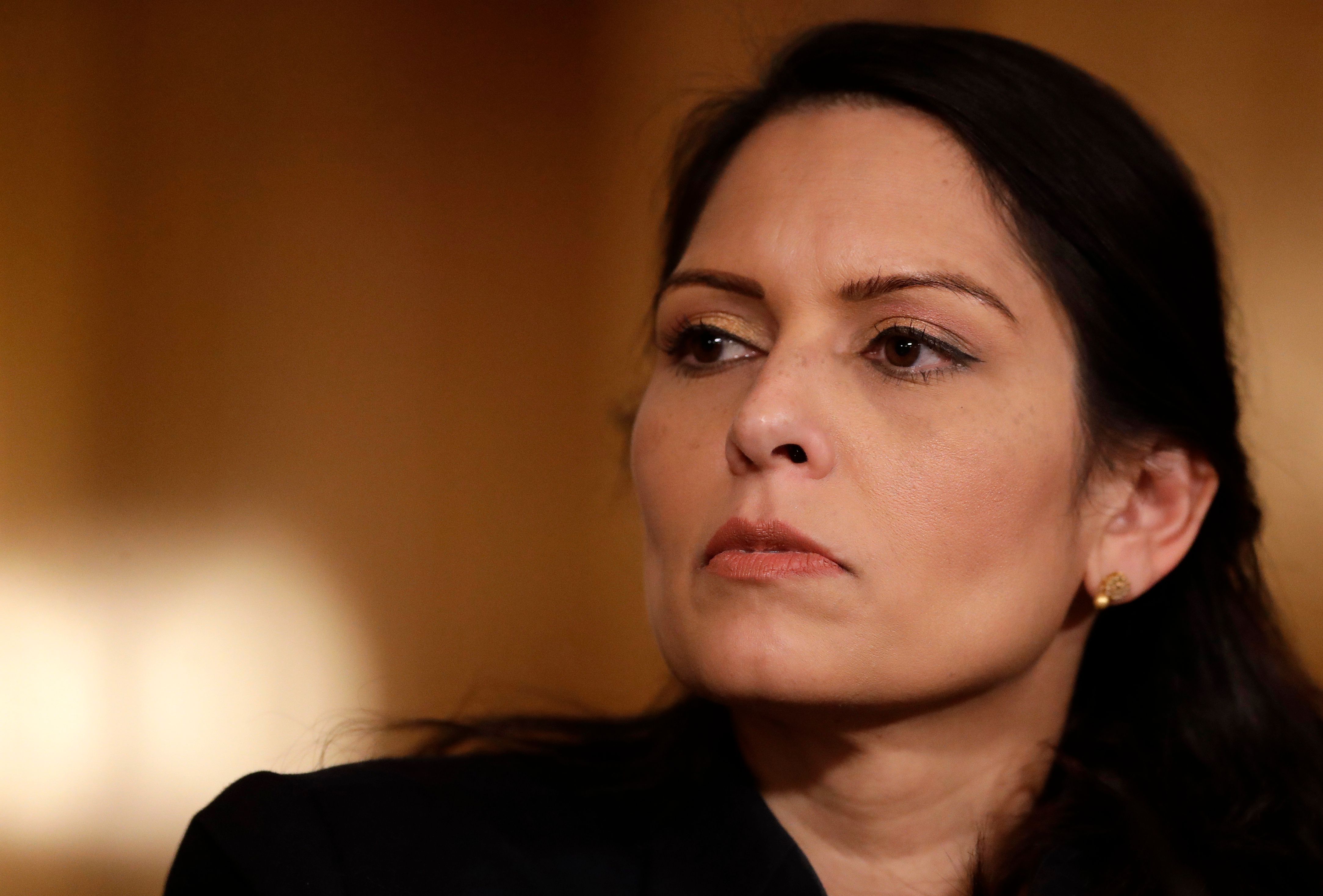 Priti Patel has pledged to bring in a new law which will force Brady’s solicitor to give police access to the monster’s personal paperworkCredit: AFP

But Alan never gave up hope — or forgot about his brother.

Every year, just before Christmas, he takes part in a ritual for the missing youngster.

Driving to the moors alone, he plays a cassette tape of his brother singing during a family gathering six months before he was murdered.

He said: “It is a special thing to the family.

“I drive up to the moor, play the tape outside the car on the moor, just to get a feeling of, ‘We have not forgotten you’.

“It is something I have to do.”

The family of Brady’s other victims also hope for a resolution. Terry Kilbride, 62, whose brother John was Brady’s second victim, told The Sun: “It is great news for everyone who has lost someone.

“I have my fingers crossed, my legs crossed, everything I can is crossed that this law passes.

“It is about time victims got some justice, but this is better late than never. I just hope it leads to something.

“It would be just like Brady to have filled those briefcases with blank papers.

“He is a manipulative person even now he is dead.”

New legislation could bring the family peace at last.