The Prince of Wales speaks to children during a visit to St Thomas Church (Picture: Getty)

Prince William has revealed he has started learning Welsh as it emerges he has no plans to stage a formal investiture as Prince of Wales.

The heir to the throne spoke about getting to grips with the language with Reverend Steven Bunting from St Thomas Church in Swansea where he and Kate visited on Tuesday afternoon, telling him he had already picked up the word ‘paned’, meaning a cup of tea.

Rev Bunting said: ‘We already know they love Wales, but having them here has been amazing and is an early sign, I think, of their commitment to Wales.

‘They’ve blown us away by speaking to every person young and old, it shows how wholly committed they are to their role as Prince and Princess of Wales.

‘The Prince of Wales was even talking about learning Welsh, and said he’d learned the word “paned” meaning cup of tea and “bara brith”. 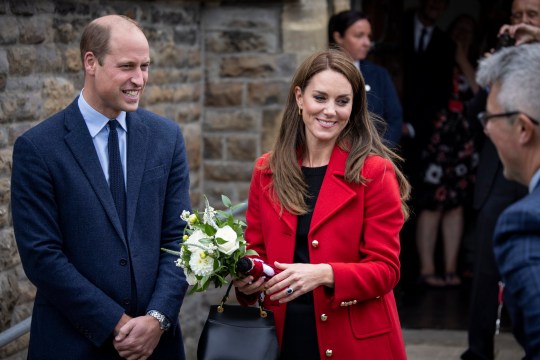 The Prince and Princess of Wales in Swansea (Picture: EPA) 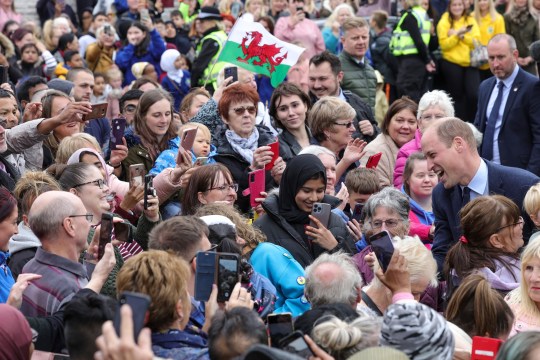 His father, King Charles, studied Welsh while at university in Aberystwyth and paid tribute to his teacher Tedi Millward when he died in 2020.

It is understood William has no plans for ‘any kind’ of an investiture like the ceremony staged for the King, who was officially invested with the title Prince of Wales by the Queen during an event staged at Caernarfon Castle in July 1969.

A royal source said in the aftermath of the Queen’s death: ‘The new Princess of Wales appreciates the history associated with this role but will understandably want to look to the future as she creates her own path.’ 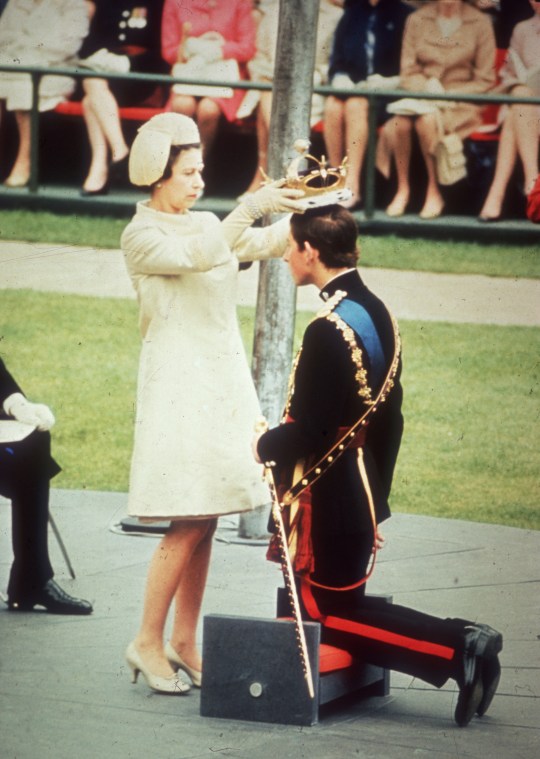 A spokesperson for the couple said this week: ‘Right now they are focused on deepening the trust and respect they have with the people of Wales over time.’

William spoke on the telephone to Mark Drakeford, First Minister of Wales, a few days after Her Majesty’s death, in which William mentioned his ‘deep affection for Wales’.

The prince, who served as an RAF search and rescue helicopter pilot when living on Anglesey with wife Kate, ‘expressed his and the Princess of Wales’s honour in being asked by the King to serve the Welsh people’.