Rachel Elwell met what she thought was an ‘attractive’ and ‘intelligent’ contractor on a dating site (Pictures: Caters News Agency)

A woman who was conned out of £113,000 by a romance fraudster says she is facing financial ruin because her banks will not reimburse the money.

Rachel Elwell, 50, from Brownhills in the West Midlands, was contacted by an ‘attractive’ and ‘intelligent’ man on a dating site at the beginning of this year.

She said the stranger, who claimed to live nearby, told her he was working as a contractor in Ukraine. He sent documents and photos to bolster his story before asking her to send him some money to settle a tax bill which risked derailing his project.

The man later claimed to have been kidnapped after failing to repay Russian loan sharks and begged for more cash to pay off ransom demands.

By the time Ms Elwell realised at the beginning of April that she had fallen victim to an elaborate con, she had transferred nearly £113,000 – burning through almost her entire life savings.

Asked earlier this year about why she made the payments, Ms Elwell told the BBC: ‘When he said to me his life was in danger and I didn’t hear from him, I thought he’d been murdered.

‘Can you imagine feeling you’re responsible for whether someone lives or dies?’ 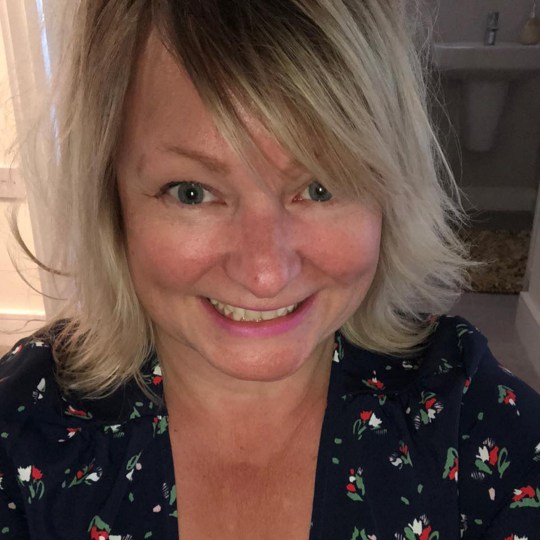 She borrowed tens of thousands of pounds by taking out loans and credit cards and sent the money to the fraudster through her banks.

Her case has been the subject of a three-month investigation from both banks, and she hoped she would be covered by a code of conduct that supports victims of fraud.

Are banks obliged to reimburse you if you fall victim to an ‘authorised push payment’ scam?

An ‘authorised push payment’ (APP) is when you willingly transfer money from your account to a scammer’s.

Previously, people faced being out of pocket permanently as they had authorised the bank transfer.

But in May 2018, several banks signed up to a voluntary code which states that victims of APP scams should be refunded unless they ignored warnings about the risk of fraud or were ‘grossly negligent’ in making the transfer.

Last month, the body which oversees the code, the Lending Standards Board (LSB), said banks urgently need to improve the way they apply it.

Among the problems highlighted during a previous review which it said had yet to be addressed include, consistency around reimbursement processes, identification of customers’ vulnerability, giving customers effective warnings about scams, and record keeping.

Further concerns include claim investigations exceeding time requirements, inconsistency in information given to victims of scams, and disproportionate responsibility being put on customers who make a claim.

But Ms Elwell said she now finds herself ‘in a devastating situation’ after claiming the banks have told her she is not eligible for reimbursement.

She said: ‘The police have said I am a victim of crime but the banks are refusing to treat me like one.

‘The code these banks have created and signed up to says they should support victims of crime, but where is the support?

‘I am going to be left bankrupt and I am being chased every day for money I don’t have.’ 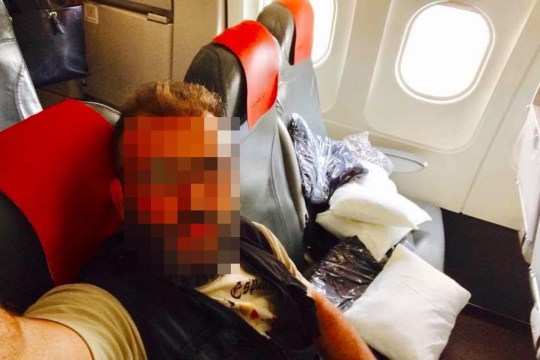 The scammers sent photos and documents to bolster their story (this one has been blurred for legal reasons) (Picture: Caters News Agency)

Ms Elwell does not dispute that she authorised the payments and knows ‘this is my mistake’, but ‘just wants to be treated fairly’ and given the support she says she is entitled to.

She added: ‘Creditors have said this is one of the worst cases of online fraud they have ever seen.

‘Romance fraud is serious organised crime and they are sophisticated and very manipulative criminals.’

What is romance fraud?

According to Action Fraud, romance scams involve people being duped into sending money to criminals convince them they are in a genuine relationship.

Scammers will often cultivate the relationship over time and make highly emotive requests for money, claiming, for example, that they need it for emergency medical care or to pay for transport to come and see the victim from abroad.

To protect yourself from romance scams, the organisation suggests you:

Anyone who thinks they, or someone close to them, has been the victim of a romance scame is urged to contact your bank immediately and report it to Action Fraud on 0300 123 2040 or via actionfraud.police.uk.

If you are in Scotland, you should report to Police Scotland directly by calling 101.

A spokesperson for Santander said: ‘We have the utmost sympathy for Ms Elwell and all those who fall victim to the criminals who carry out these scams.

‘Unfortunately, despite repeatedly warning her of the dangers of transferring money to someone she hadn’t met and directly raising our concerns that this was a scam with Ms Elwell and the police, she confirmed she wanted to proceed with the payments.’

A HSBC UK spokesperson said: ‘Protecting customers from fraud is an absolute priority for us and we are sorry to hear that Ms Elwell has been the victim of an authorised push payment scam.

‘We work hard to deliver on our commitments under the CRM Code, helping protect as well as support customers should they fall victim to scammers. We act with empathy and understanding when investigating a case and we work hard to ensure fair and reasonable outcomes for our customers.

‘Whilst we have an experienced team looking for signs of fraud, customers can also help themselves by taking note of fraud warnings when making payments and following the advice given.

‘Romance scams are one of the most common types of fraud. Criminals exploit the emotions of their victims to build up a relationship, often via social media or dating sites, and then request money.

‘Advice on how to identify a romance scam and how to protect yourself is available on our security centre at HSBC.co.uk.’