Woman falls to death after mishearing signal during bungee jump

A woman mistakenly jumped from a bridge with no bungee cord attached after apparently thinking a call to her boyfriend to jump was for her.

Yecenia Morales, 25, dived 150ft from the viaduct in Amaga, northern Colombia, on Sunday.

She had travelled to the popular tourist spot with her boyfriend who was ahead of her in the line, local media reported.

It was thought to have been her first ever bungee jump, which was organised by Sky Bungee Jumping.

Around 100 people were in the queue waiting to bungee off the bridge, and Yecenia was 90th on the list – one of the last jumpers of the day.

She still had not had the cord fastened to her ankles as she was not at the front of the queue.

But she apparently misinterpreted a signal meant for her boyfriend to jump, who was in front of her, and suddenly leapt from the viaduct instead.

Gustavo Guzmán, the mayor of the municipality of Fredonia, told publication El Tiempo: ‘She got confused. The signal was for the boyfriend to jump because he was already attached to the security equipment. 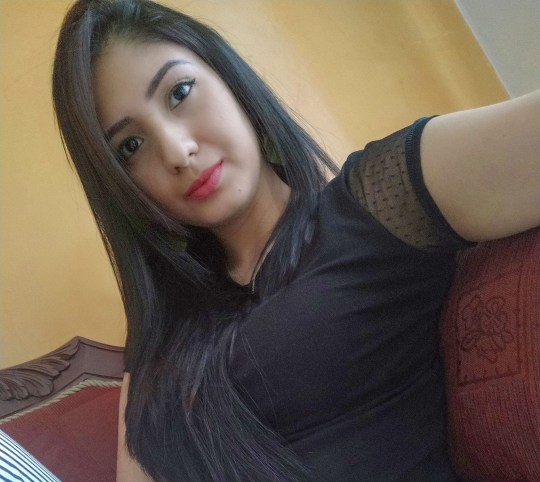 Yecenia had travelled to the popular tourist spot with her boyfriend (Picture: News Flash Media) 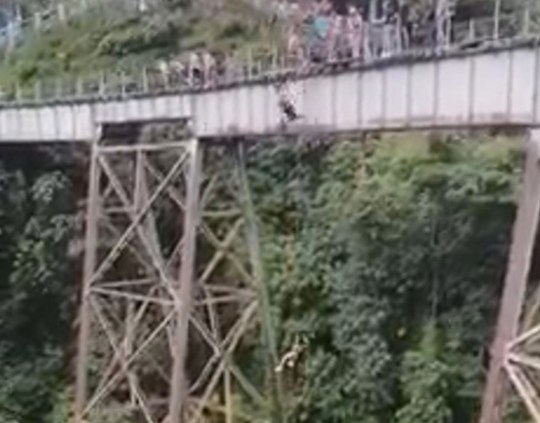 The moment she mistakenly jumped from a 150ft bridge (Picture: News Flash Media)

‘They had only put the harness on her so she got confused and rushed.’

Yecenia was already dead by the time the emergency services arrived to treat her.

It is thought she suffered a massive heart attack before hitting the ground when she realised what had happened.

Her boyfriend was first on the scene after the accident, and desperately tried to revive her with CPR as he was first-aid trained. But it was too late.

The unnamed man is reportedly receiving medical treatment for injuries he received while trying to reach her, and is said to be in a state of shock.

Yecenia’s brother Andres said she was a happy woman who loved reading and dancing, and had an entrepreneurial spirit.

‘My sister is a girl with all the best values​​, happy, spontaneous, with virtues that made her love her friends, and helped the people in need,’ he said.

Local authorities have since launched an investigation after claims two companies at the site were unauthorised to offer services and supply equipment. The firms have not yet been named.