The driver freed themselves from the wreckage but the passenger suffered ‘serious injuries’ (Pictures: PA)

A woman is in critical condition in hospital after a car fell from a bridge and landed in the middle of a busy motorway.

The crash happened at the Bowburn interchange on the A1(M) at 10.35am on Friday.

The vehicle had been driving on the A177 flyover when it left the carriageway and landed on its roof in the central reservation below.

The driver of the car freed themselves from the wreckage but the passenger, a woman in her mid-40s, had to be cut free and was then flown to hospital for treatment for ‘serious injuries’.

Durham Police said a man in his early 30s was arrested at the scene on suspicion of causing serious injury by dangerous driving and remains in custody.

No other injuries have been reported. 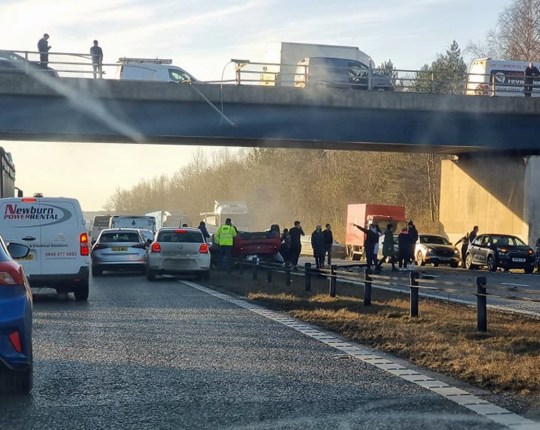 A car fell from a bridge and landed in the middle of the busy motorway (Picture: PA)

Detective constable Natalie Horner said: ‘We would like to appeal for anyone who witnessed this incident, particularly anyone who has dashcam footage of the crash or the moments leading up to it, to get in touch with us as soon as possible.

‘We would also urge anyone who saw this vehicle being driven between 9am and 10.30am today, especially in the Sherburn Village area, to contact us.’ 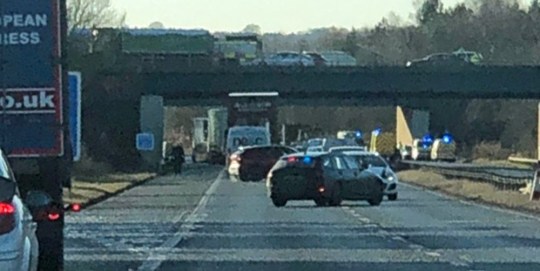 The injured passenger was flown to hospital (Picture: PA)

A spokeswoman said: ‘Two patients were taken to hospital for further treatment; the first patient was taken by road to the University Hospital North Durham (UHND), and the second patient was flown to the Royal Victoria Infirmary Major Trauma Centre (RVI MTC).’

The A1(M) and the A177 were closed in both directions overnight until Saturday morning while repairs were carried out to safety barriers.

The site was close to the scene of a horrific fireball crash which killed three people in July and saw lorry driver Ion Onut, 41, from Galashiels, Scotland, jailed earlier this month for three counts of causing death by dangerous driving. 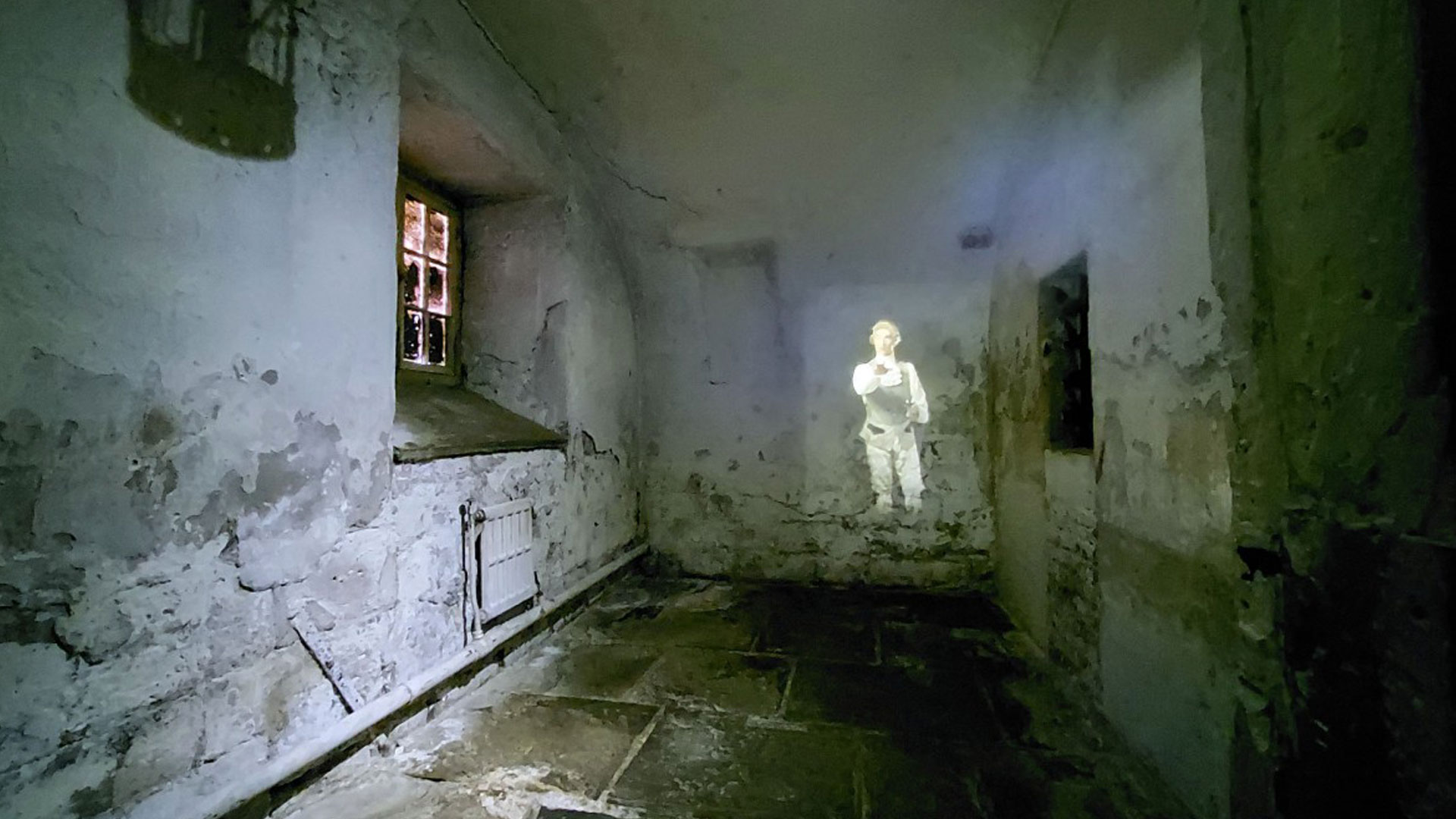