Sarah Lewis was trying to untangle her mask when she was struck and killed (Picture: DorsetEcho/BNPS)

A clinically vulnerable woman died after being hit by a lorry on her first day out of the house in nine months.

Sarah Lewis, 62, had been shielding from the start of the Covid-19 pandemic but ventured out on November 16 last year to drop her car off for an MOT.

While crossing the road to reach the taxi which had come to take her home from the garage, Ms Lewis unwittingly stepped into the path of a reversing lorry.

She had been trying to disentangle her mask when the collision occurred, an inquest heard.

The lorry driver was absolved of any blame for his role in the tragedy, which happened in Weymouth, Dorset.

A hearing was told Ms Lewis had walked into the blindspot of the manoeuvring lorry and became trapped under the vehicle.

PC Leanne Steedman said CCTV footage suggested Ms Lewis had been ‘in a world of her own’, The Sun reports. 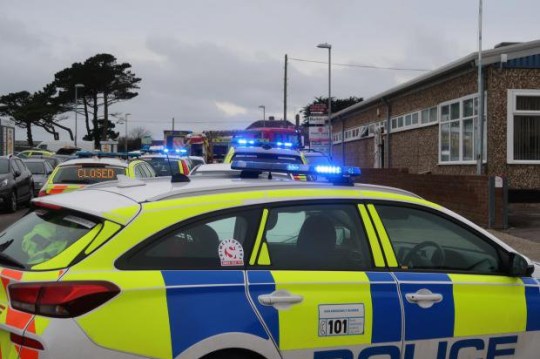 The 62-year-old was among more than two million people dubbed clinically vulnerable and urged to shield during the initial stages of the pandemic (Picture: DorsetEcho/BNPS)

Another officer giving evidence – PC Kelvin Edge, a forensic collision investigator – said Ms Lewis seemed unaware of the lorry until it was too late.

Karl Stanton, the driver of the lorry, said he was forced to reverse the large vehicle because of the number of parked cars on Lynch Lane.

He said he turned off his radio, checked his mirrors and the road but couldn’t see Ms Lewis, adding: ‘On that day I just could not see anybody at all.’

PC Edge said the driver had very few options and he would have taken the same course of action. 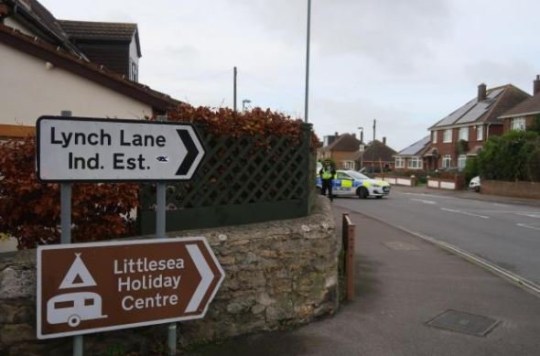 The lorry driver involved was not found to have acted recklessly (Picture: DorsetEcho/BNPS)

A post mortem examination found Ms Lewis suffered from multiple injuries and died at the scene.

Coroner Debbie Rookes told the Bournemouth inquest that it appeared she was completely unaware of the lorry’s presence.

She offered her condolences to the victim’s family and said she’d be writing to the Department for Transport to consider making rear-view cameras on the back of large goods vehicles mandatory.