Maya, the world’s first cloned arctic wolf, was born in a lab in China(Picture: Twitter/China Science)

A Beijing-based genetics company has successfully cloned an Arctic wolf, in a ground-breaking move which could help preserve endangered species.

26 years after the birth of Dolly the Sheep, Sinogene Biotechnology unveiled the new wolf pup, named Maya to the world.

She had been born back in June, but the firm wanted to wait until she was 100 days old before they announced her to ensure the clone was in good health, Global Times reports.

Scientists created the pup by taking a donor cell from a wild female Arctic wolf which had been introduced from Canada and combining it with an embryo grown inside a beagle, which shares genetic ancestry with ancient wolves.

The process, called somatic cell nuclear transfer, is the same process which birthed Dolly the Sheep back in 1996.

Arctic wolves, also known as ‘white’ or ‘polar wolves’, are not endangered like other wolf breeds because they live in isolation, although Singogen hopes this process can be used in future to save other species at risk of extinction.

‘The newly born wolf has the same genome as the original wolf, but the cloned wolf hasn’t lived with other wolves, but with a dog,’ Zhao Jianping, the deputy general manager of Sinogene, told EuroNews.

‘In fact, for cloned pet dogs and cats, there is also a problem of early socialisation. The earlier the socialisation, the more beneficial for its future development,’ he added. 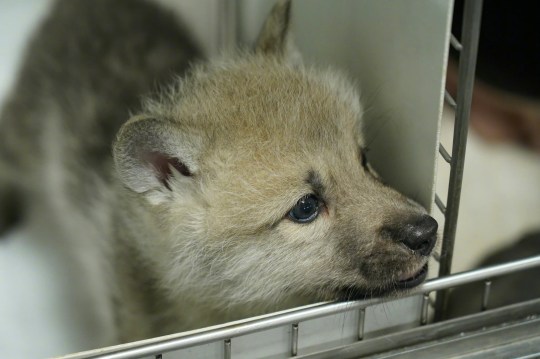 Scientists hope the process can help preserve species on the brink of extinction (Picture: Twitter/China Science)

Some concern has been raised by activists over the suffering of animals required to go through surgery in order to be implanted with cloned donor cells and embryos.

Others says there is a moral imperative against ‘playing God’ by creating life from artificial sources without fertilisation.

Regardless, Maya’s birth is regarded as a landmark in the application of cloning technology, and Mr Jianping is confident that refining the process could be the only way to help save some species of animals from extinction.

‘We’ll continue to work in this field,’ he added to EuroNews. 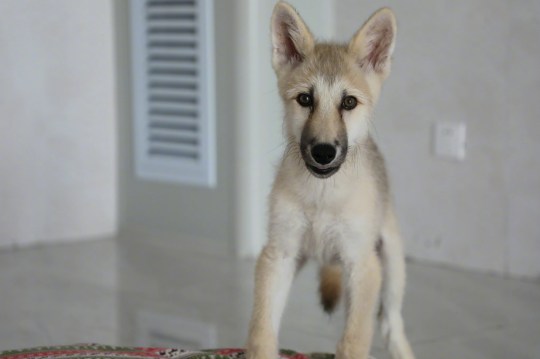 The pup is cloned from a wild female arctic wolf from Canada also named Maya, who died in 2021 at 15 years old (Picture: Twitter/China Science)

‘In the next step, we may clone rare wild animals other than canines or cats … and it will be more difficult.’

Although Dolly had to be euthanised at six years old after she was found to have a lung tumour, Maya is currently exhibiting all the signs of a normal, healthy arctic pup.

Unfortunately Maya will likely have to spend her life in captivity due to her lack of socialisation, although she has been kept in good company by the beagle who birthed her who acts as her surrogate mother and playmate.

Maya’s birth continues the life of a wild female arctic wolf also named Maya, who was introduced from Canada in 2006 and died of old age in 2021.

Another male cloned arctic wolf is expected to be delivered on Thursday.