Chinese tech giant Xiaomi has knocked Apple from its second-place spot in the league of Enormous Phone Companies.

The firm was responsible for 17% of global smartphone shipments last quarter, outpacing Apple which which took 14% of the market.

Both companies lag behind Samsung, which held on to a 19% share of the market, according to an analysis from research firm Canalys.

The total market for smartphones has grown by 12 percent overall since March, with Xiaomi’s shipments alone growing by 83%.

The firm’s mass-market products tend to be between 40% and 75% cheaper than Samsung and Apples, he said, adding that the firm planned to grow sales of its high-end devices.

But like other manufacturers, it would face a tough battle for scarce components.

Global demand for semiconductors, which are crucial to all kinds of electronic devices from cars to computers, is currently far outpacing supply. 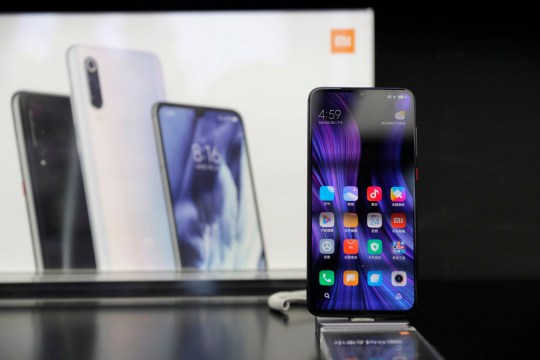 Prices for microchips have risen so high, smugglers have been caught strapping computer processors and memory chips to their bodies in an attempt to move the lucrative goods across borders.

Stanton said: ‘All vendors are fighting hard to secure component supply amid global shortages, but Xiaomi already has its sights set on the next prize: displacing Samsung to become the world’s largest vendor.’