Victoria Moreno has been charged in the death of her 3-year-old nephew (Pictures: Chicago Police Department/Fox32/CBS)

A 3-year-old boy is in declining condition after his aunt allegedly pushed him off a pier into Lake Michigan and watched as he struggled to swim in the water below.

Victoria Moreno, 34, checked the surrounding area to see if anyone was watching before picking up the young boy and throwing him into the water, where he struggled to stay afloat for nearly 30 minutes, prosecutors alleged on Wednesday.

‘Not once during any of these events did the defendant scream for help, call for help, ask for help or try herself to help,’ Assistant State’s Attorney Lorraine Scaduto said during Moreno’s bond hearing.

Officers from the Chicago Police Department pulled the toddler from Lake Michigan on Monday after about 30 minutes and found he had gone into cardiac arrest.

Police arrived after bystanders called 911, prompting Moreno to pretend she didn’t know the child, according to the Chicago Sun-Times.

The young boy is currently awaiting a heart transplant, but Scaduto said he is not expected to survive.

Moreno allegedly stole keys to a family truck she was not allowed to drive and took the boy with her to the Navy Pier.

At one point while walking with the toddler near the water, the child crawled under a barrier near the edge, but Moreno took hold of his foot and pulled him back ‘because there were several people in the immediate vicinity,’ Scaduto said.

‘The defendant looked around her multiple times and waited for people to leave, looking around once again, and when no one was present, she allowed the 3-year-old child to crawl back under the chain toward the edge of the platform – doing nothing,’ Scaduto said.

Moreno was reportedly caught on surveillance video shoving the child into the water and doing nothing to try and save him.

Moreno was arrested on the scene and charged with attempted first-degree murder and aggravated battery to a child under the age of 13 causing permanent disability.

She will appear in court on September 30. 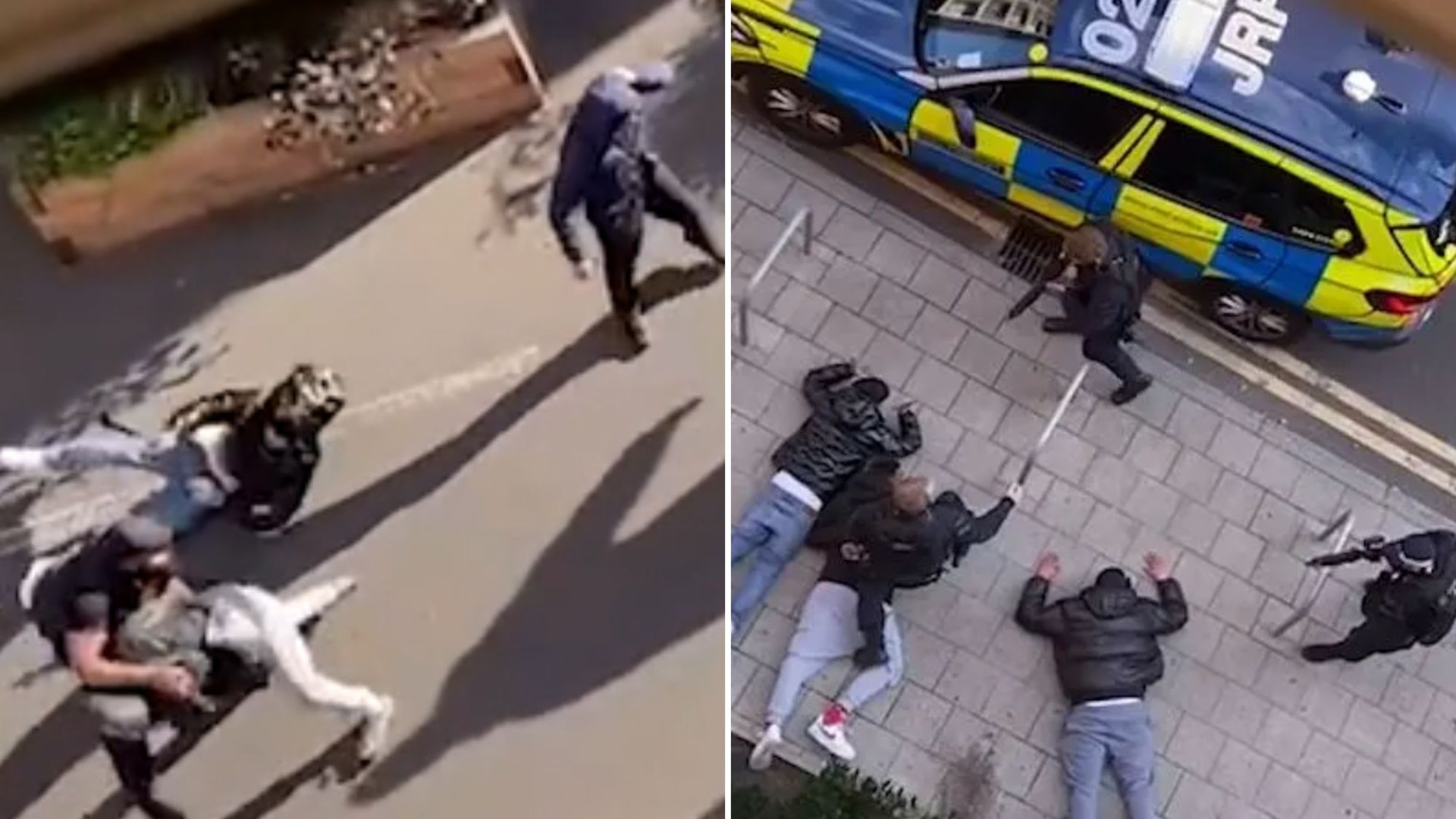 SEVEN men fought each other with a machete and bat during a terrifying street brawl, shocking footage shows. Some were...

Our kids go to ‘UK’s strictest school’ with 5pm finish time, no packed lunches and Saturday detentions – but we love it

Grandma loses eye after wearing contact lenses in the shower