‘He was 9’: The Saudi minors nonetheless on demise row regardless of royal decree | International growth

Saudi security forces arrested Mohammed Al Faraj outside a bowling alley when he was 15 years old. The teenager from Qatif, aShia-majority province in the east of the country, was separated from his companions and transferred to a prison for adults in the city of Dammam where he was detained and denied outside contact.

When his family was finally able to visit him in October 2017, Al Faraj claimed he’d been beaten and kicked, forced into stress positions for hours and left for days in solitary confinement. Observers say Al Faraj was tortured into confessing to three crimes related to protests in the restive Qatif province, including harbouring a fugitive, attending the funeral of a relative in 2012 and sending WhatsApp messages that could affect public security. The charges carry the death penalty.

“He was nine when he committed the earliest alleged crime, attending a funeral in 2012,” says Catriona Harris of human rights non-profit Reprieve. “That’s the youngest age we’ve ever seen for a charge.”

Earlier this year, Saudi Arabia announced that it would halt the death penalty for minors and end flogging as punishment – nods towards a new Saudi. 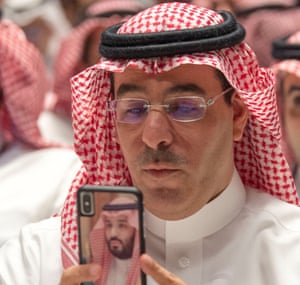 The president of the country’s Human Rights Commission (HRC), Awwad Al-Awwad, cited a royal decree abolishing the death penalty for crimes where the accused had committed the infraction as a minor. “Instead, the individual will receive a prison sentence of no longer than 10 years in a juvenile detention facility,” he said. “The decree helps us in establishing a more modern penal code,” he added, stressing “this is an important day for Saudi Arabia”.

The HRC insisted again in late October that executions have been abolished for minors and that Saudi prosecutors are no longer seeking the death penalty for juvenile crimes. “We are confident that Saudi prosecutors will fully uphold Saudi law,” it said. When Saudi Arabia hosts a virtual G20 summit this weekend, the country’s poor human rights record will once again be in the spotlight.

Yet rights groups remain fearful that any of the 10 on death row could be executed at any time. Prosecutors have skirted opportunities to change Al Faraj and his co-defendants’ risk of execution: a trial hearing in late October brought no changes to the punishment sought by lawyers, and Al Faraj was not brought to court. With no new trial date set, he remains at risk. 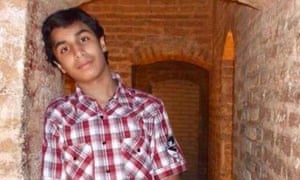 HRC has promised to review the case of Ali al-Nimr, who has been sentenced to death. Photograph: Facebook

Campaigners say there is disparity between April’s royal decree and the reality for Al Faraj and others. “There’s a huge gap between what they’re saying and the situation on the ground,” says Harris. “Reforms abolishing flogging as punishment took place at the same time. A week after the royal decree was published, the Ministry of Justice issued implementation regulations and a court circular to direct the reforms.”

No such action was taken regarding juvenile death penalty laws. “There’s a disconnect there,” says Harris. The Saudi embassy in London did not respond to a request for comment.

Part of the problem, says Harris, stems from the terms of a 2018 law on juvenile crimes stipulating minors be given a maximum 10-year prison sentence in all cases where they might otherwise be sentenced to death, apart from where the death penalty is mandated by sharia law. The April decree also exempted sharia-mandated death sentences.

Defendants from the Shia-majority region of Qatif, including those sentenced for juvenile crimes such as Al Faraj, have frequently received sharia-mandated death sentences. Qatif has seen periodic bouts of unrest since 2011, protests against what locals say is deep-seated discrimination against Saudi’s Shia minority. The state responds with police raids and detentions. Tensions were further inflamed by executions of high-profile Shia activists from Qatif, notably Sheikh Nimr al Nimr whose beheading in January 2016 was widely condemned. 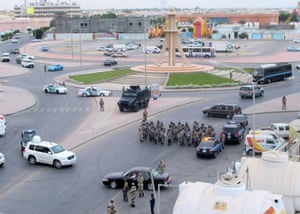 Saudi riot police gather during a demonstration in Qatif, Saudi Arabia, 11 March 2011 … the region has seen continued bouts of unrest in the past decade. Photograph: AP

Crown prince Mohammed bin Salman said executions would be reduced “big time,” in a 2018 interview with Time magazine. The following year, executions reached a high of 184, including six children and one mass execution of 37 people, the majority Shia men convicted on terrorism charges, based on confessions extracted through torture. Amnesty International accused the kingdom of using the death penalty “as a political weapon against dissidents”.

The G20 and a new administration in the US may bring more pressure over human rights issues, and the Saudi embassy in Washington DC recently hired lobby firm Off Hill Strategies on a monthly $25,000 contract lasting until January.

Meanwhile, Al Faraj and at least nine others remain at risk of being put to death. “There’s a clear gap between what these alleged reforms are saying and the way these cases look on the ground, and Mohammed Al Faraj’s case symbolises that gap,” says Harris. “We have to take Saudi Arabia not at their word, but by their actions.”

Prosecutors in Qatar have announced that the airport police officers who ordered forced vaginal examinations of female passengers after a...