Joe Biden will visit some of the areas devastated by Hurricane Ian in Florida (Picture: Reuters/Getty AP)

President Joe Biden will travel to Florida on Wednesday to view some of the worst damage wrought by Hurricane Ian and meet with the state’s Governor Ron DeSantis.

The death toll in Florida rose above 100 people yesterday as cleanup continues one week after the storm devastated communities in the state’s southwestern Gulf Coast.

Almost 400,000 homes were destroyed, primarily in the coastal cities of Fort Myers and Naples. Biden will tour these devastated communities by helicopter. 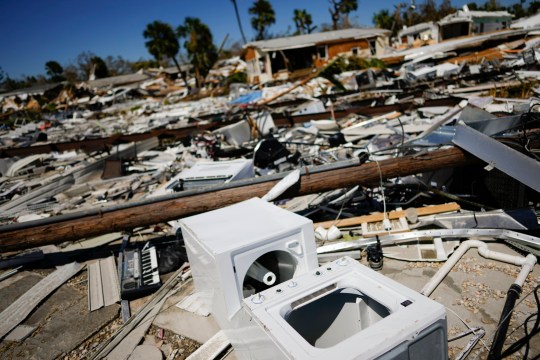 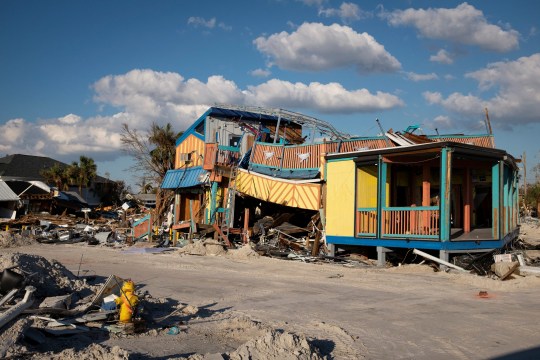 Biden recently returned from a visit to Puerto Rico on Monday, where over 100,000 customers are still out of power after Hurricane Fiona ravaged the island in September. The President promised to deliver $60million in federal aid to rebuild parts of

During his visit to the Sunshine State, Biden is scheduled to meet with Governor Ron DeSantis and Senator Rick Scott.

DeSantis has become one of Biden’s most vocal critics, particularly on immigration policy. His name has been floated as a possible Republican nominee to challenge Biden in the 2024 presidential election. 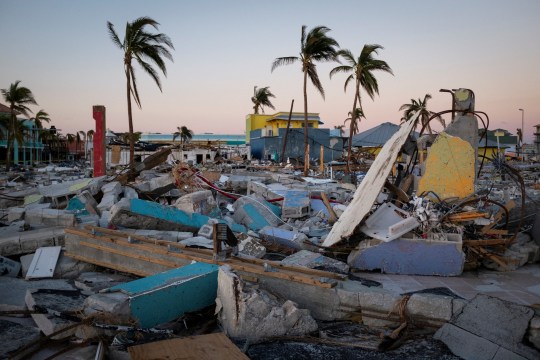 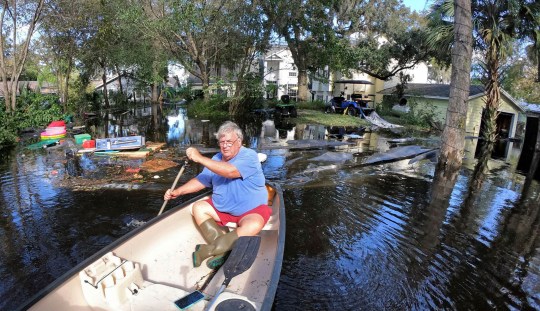 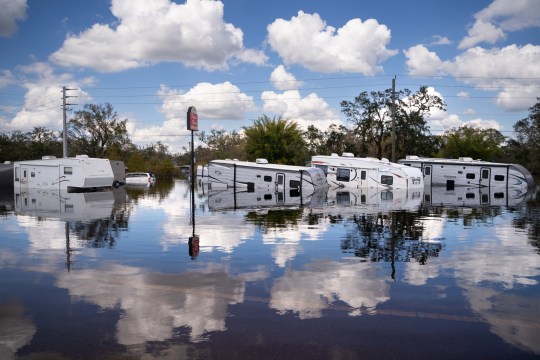 DeSantis has previously praised the federal government’s response in Florida so far, saying ‘everyone was full steam ahead’ at the Federal Emergency Management Agency (FEMA). 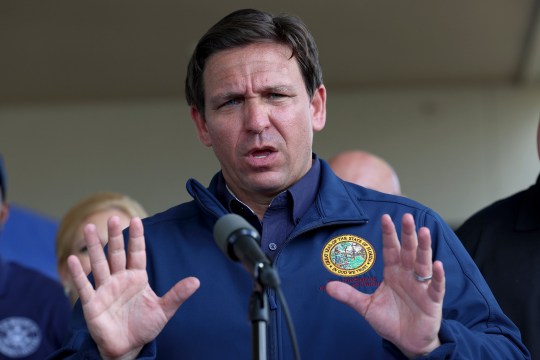 Florida Governor Ron DeSantis speaks during a press conference to update information about the on ongoing efforts to help people after hurricane Ian passed through the area in Cape Coral, Florida (Picture: Getty Images) 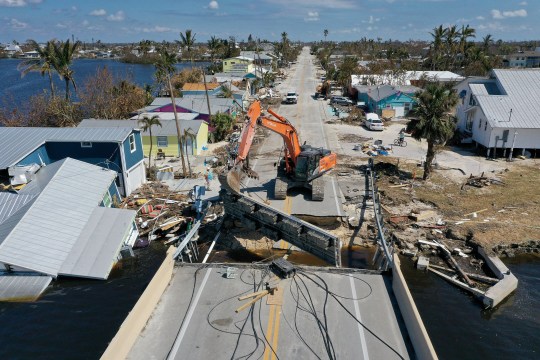 A crew works on repairing the road that goes to Pine Island in Matlacha, Florida. The original road was made unpassable after Hurricane Ian passed through the area and washed out sections of the road (Picture: Getty Images)

‘We appreciate it. I think FEMA’s worked very well with the state and local,’ DeSantis said.

‘When it comes to delivering and making sure that the people of Florida have what they need, especially after Hurricane Ian, we are one,’ Jean-Pierre told the press pool on Tuesday. ‘We are working as one.’

Wednesday’s meeting is not the first between the two political rivals. Biden previosuly travelled to Florida in July 2021, where he met with DeSantis to discuss disaster relief after a Miami condominium collapsed, killing more than 100 people.

‘We’re letting the nation know we can cooperate when it’s really important,’ Biden said at a press conference with the governor.