Six of the 10 victims aboard the floatplane that crashed last month have been recovered (Pictures: abc/KLATU2/AP)

Six of the 10 victims aboard the floatplane that crashed off the coast of Washington state last month have been recovered, officials said.

The floatplane crashed into Mutiny Bay in Washington on September 4, but the US Coast Guard suspended its search a day later after scouring over 2,100 nautical miles and only finding one passenger.

Five of the victims have been identified by the Island County Department of Emergency Management, including Gabby Hanna, 29, who was found shortly after the crash.

Officials are working to identify the sixth body, according to KOMO News. They’re also looking to see if a body that washed ashore in Dungeness Spit two weeks ago was a passenger of the crash as well. Dungeness Spit is about 50 miles northwest of Mutiny Bay. 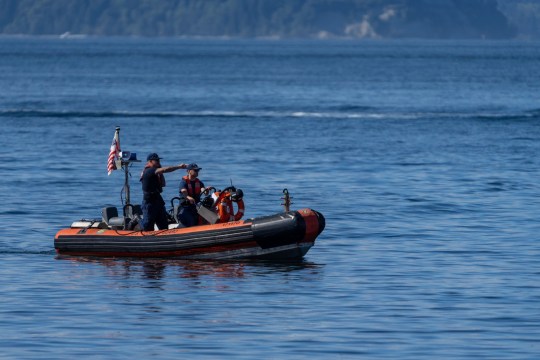 US Coast Guard boat searches the area near the crash (Picture: AP)

The recovery of the crashed floatplane has progressed over the past month, with the National Transportation Safety Board (NTSB) sharing that about 80 percent of the plane has been recovered thus far.

The de Havilland DHC-3 Otter floatplane was flying out of Friday Harbor on San Juan Island when it crashed in the Mutiny Bay area, just west of Whidbey Island. The plane was carrying 10 people, including a child, when it was headed to Renton, Washington and crashed.

The victims included 60-year-old Sandy Williams, a civil rights activist and publisher of the newspaper, The Black Lens, which is distributed in the city of Spokane. Her partner, Patricia Hicks, also died in the crash.

The couple was on their way home from a vacation in the San Juan Islands. 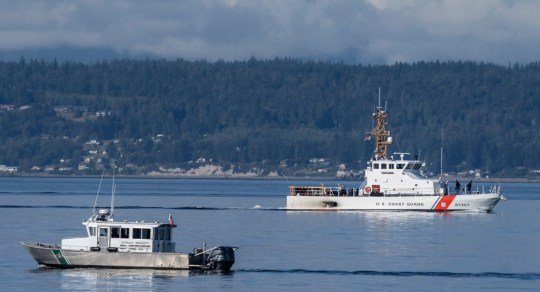 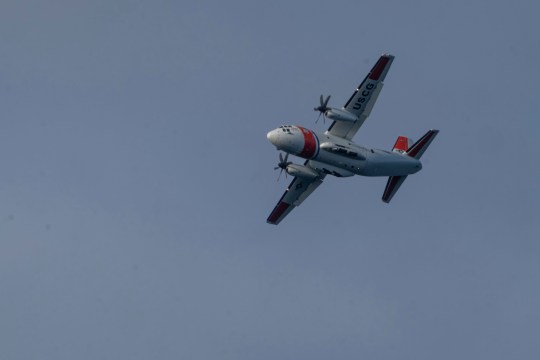 The floatplane was headed to Renton, Washington when it crashed about a month ago (Picture: AP)

The victims also include winemaker Ross Andrew Mickel and his pregnant wife Lauren Hilty and their child, Remy Mickel.

Lauren Hilty was the sister of ‘Smash’ actress Megan Hilty. In a heartfelt Instagram post, the actress revealed her sister, brother-in-law and nephew are survived by her niece, who was not on the plane.

Other victims of the crash include Luke Ludwig, Rebecca Ludwig and Joanne Mera. The plane’s pilot, Jason Winters, did not survive the crash.

The investigation into the crash is ongoing.