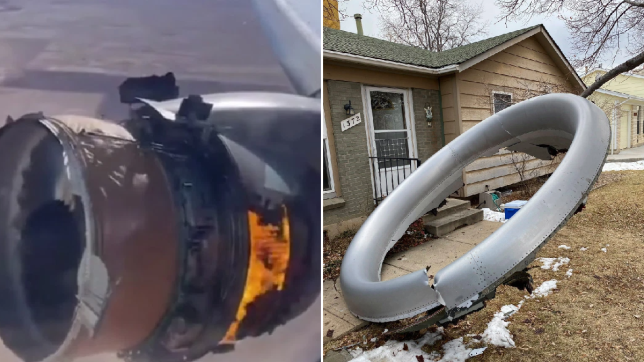 Boeing has called for the grounding of 128 planes worldwide after one of its jet’s engines exploded mid-flight on Saturday.

The airline manufacturer has urged all airlines to suspend their fleet of 777 planes following the terrifying engine failure over Denver, Colorado.

Video footage captured by a passenger shows the moment a Boeing 777’s engine burst into flames – scattering debris over Denver suburbs – while full of people. The United Airlines aircraft flight 328 was flying from Denver to Honolulu when the incident occurred.

The plane landed safely and no one on the ground or in the plane were hurt in the incident, authorities have said.

US regulators have launched an investigation into the explosion and now Boeing has recommended that none of the 777 planes fitted with the Pratt & Whitney 4000-112 engine should not be used until further notice.

In a statement released last night, Boeing said: ‘While the NTSB investigation is ongoing, we recommended suspending operations of the 69 in-service and 59 in-storage 777 aircraft powered by Pratt & Whitney 4000-112 engines.’

United Airlines, Asiana and Japan’s two main airlines confirmed they had already suspended operations of 63 planes fitted with the same family of engine.

The US National Transportation and Safety Board are involved in the investigation after the flight 328’s right-hand engine suffered a failure.

As a result, Japan Airlines (JAL) and All Nippon Airways (ANA) have already confirmed they have grounded 13 and 19 planes using PW4000 engines. 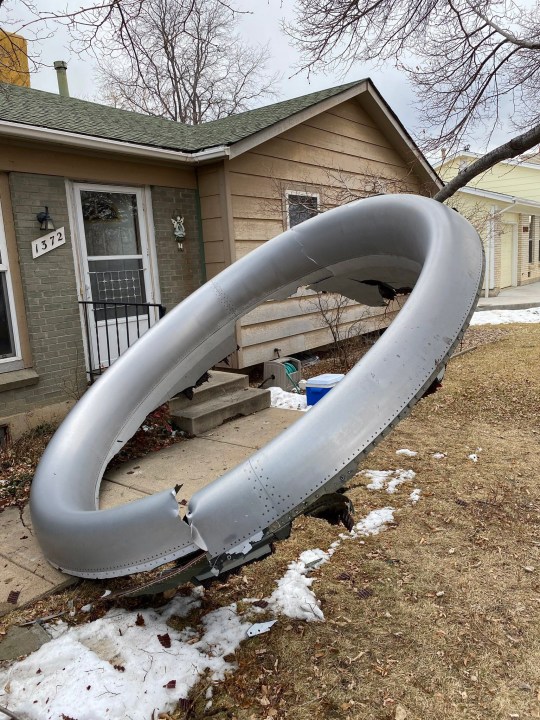 A large chunk of metal narrowly missed a house in the Denver suburbs (Picture: EPA) 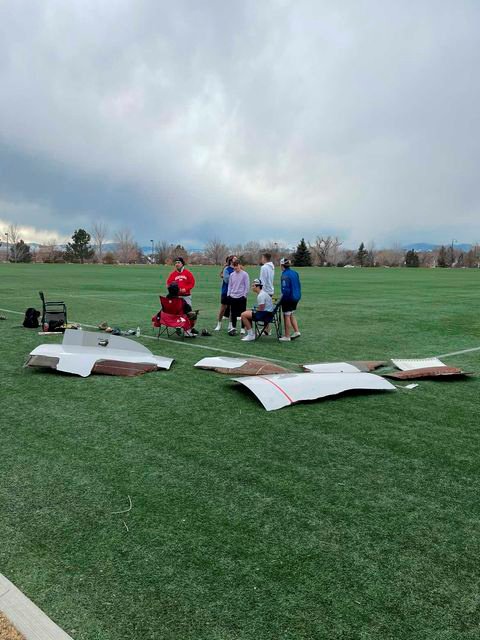 No one was injured when the engine exploded (Picture: Reuters)

The Japanese transport ministry said it had ordered stricter inspections of the engine after a JAL 777 plane flying from Haneda to Naha experienced trouble with ‘an engine in the same family’ in December.

United said it had voluntarily removed 24 Boeing 777 planes from service and expected ‘only a small number of customers to be inconvenienced’.

Asiana Airlines, South Korea’s second-largest carrier, said it would not fly any of its seven currently operational 777s.

‘We are still waiting for instructions from South Korea’s transport ministry on inspections but we are taking preemptive measures by gradually switching aircraft’, a spokesman said. 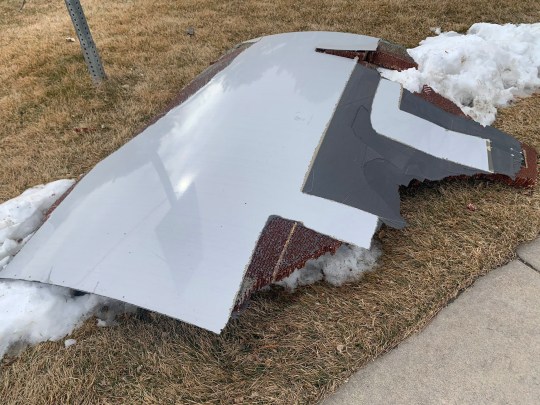 People have been urged not to touch the debris (Picture: EPA)

Steve Dickson, head of US airline regulator the Federal Aviation Administration (FAA), said he had consulted with experts and that some airplanes would ‘likely’ be removed from service.

He said: ‘I have directed them to issue an Emergency Airworthiness Directive that would require immediate or stepped-up inspections of Boeing 777 airplanes equipped with certain Pratt & Whitney PW4000 engines.’

Dickson added that a preliminary safety data review pointed to a need for additional checks of the jet engine’s fan blades, which were unique to the engine model and only used on 777 planes.

Officials from the FAA met with Pratt & Whitney and Boeing representatives on Sunday evening, he added. 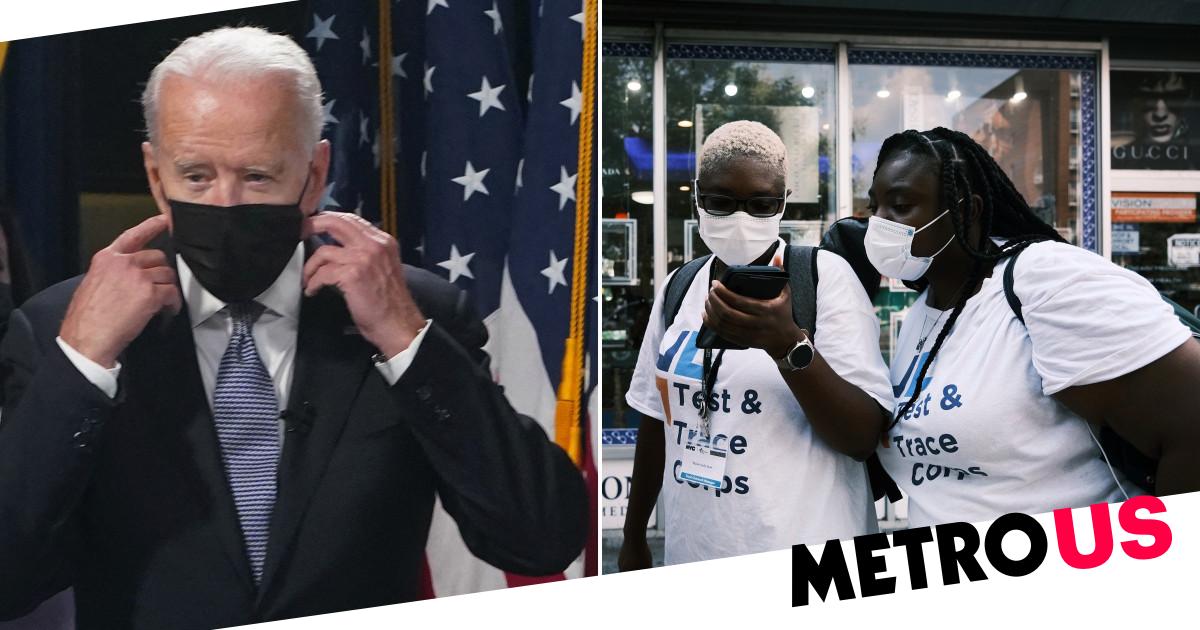 The US had the highest number of new coronavirus cases in the week ending July 25, compared to the rest...