Canada is preparing to open its border to fully-vaccinated travelers – 18 months on from when the country banned international tourists at the beginning of the pandemic.

Prime Minister Justin Trudeau has said that fully-vaccinated Americans can freely travel between the US and Canada from the middle of next month, adding that vaccinated travelers from the rest of the world will also be allowed back into Canada from early September.

The announcement, made on Thursday, comes as Canada’s world-leading vaccination program continues to steam ahead and as the prevalence of Covid in the country continues to decline.

In setting out the guidelines for Canada’s grand re-opening, Trudeau said the plans can only go ahead if public health conditions continue to improve. 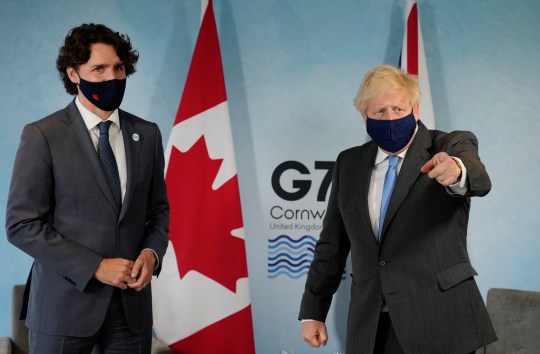 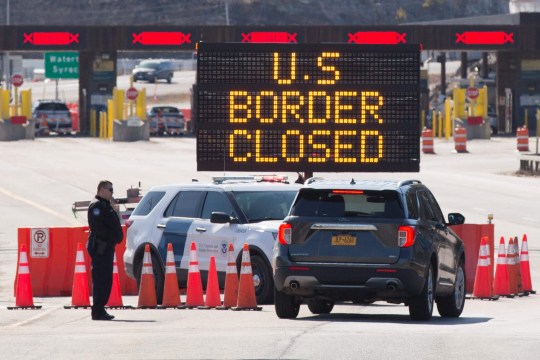 US Customs officers speaks with people in a car beside a sign saying that the US border is closed at the in Lansdowne, Ontario, March 2020 (Picture: AFP/Getty)

Approximately 80% of eligible Canadians have received at least one dose of a Covid vaccine while more than 50% have received two doses.

Trudeau added that case numbers and severe illness continue to decline across the country as vaccination rates continue to increase.

The decision to re-open the border initially with its closest neighbor, the US, comes as 65.2% Americans aged 12 and over have received at least one dose while 56.5% are fully vaccinated.

Back in March 2020 the US and Canadian governments decided to close the 5,500-mile border to nonessential traffic to help stop the spread of the coronavirus.

But as vaccination rates in both countries are increasing and infection rates decrease, the two governments look set on plans to fully reopen the border. 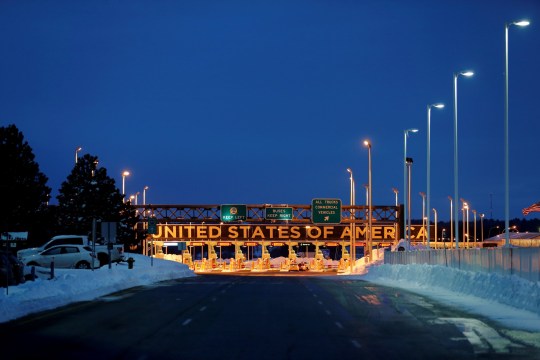 The border between the US and Canada has been closed since March 2020 (Picture: Reuters)

But among the requirements are a negative test for the virus before returning, and another once they get back.

Trudeau said his ministers would share more details on the border reopening strategy early next week.

The US Travel Association estimates that each month the border is closed costs the economy around $1.5 billion. Canadian officials say the country had about 22 million foreign visitors in 2019 – with about 15 million of them coming from the United States.

Tom Webb, a 63-year-old retired US navy pilot from Orchard Park, New York, said he’s seriously thinking of selling his holiday home in Georgian Bay, Ontario after not being to access it for almost two years even though he’s vaccinated.

‘I am beyond frustrated’, he said.

Canadian officials have said they would like at least 75% of eligible Canadian residents to be fully vaccinated before loosening border restrictions for tourists and business travelers.

The Canadian government expects to have enough vaccines available for 80% of its citizens to be fully vaccinated by the end of July.

Canada recorded less than 300 cases of Covid on July 15 and only eight deaths.

The UK, meanwhile, is experiencing spiraling Covid cases as the Delta variants continues to spread. More than 48,000 cases were reported on July 15 but only around 60 deaths were confirmed.