A Texas real estate agent who bragged she wouldn’t get jail time for her involvement in the January 6 riots was sentenced to 60 days in prison (Pictures: Twitter)

A Texas real estate agent who bragged that as a blonde white woman, she would not be serving jail time for entering the US Capitol during the January 6 riot, has been sentenced to 60 days in prison.

Jenna Ryan, 50, admitted to entering the Capitol after a pro-Trump mob stormed it, though her attorney argued she did not incite violence or damage property, and was only briefly in the building.

But US District Judge Christopher Cooper told Ryan on Thursday that ‘for better or worse, you’ve become one of the faces of January 6’.

Ryan pleaded guilty on August 19 to one count of parading, demonstrating, or picketing in a Capitol building, a misdemeanor. 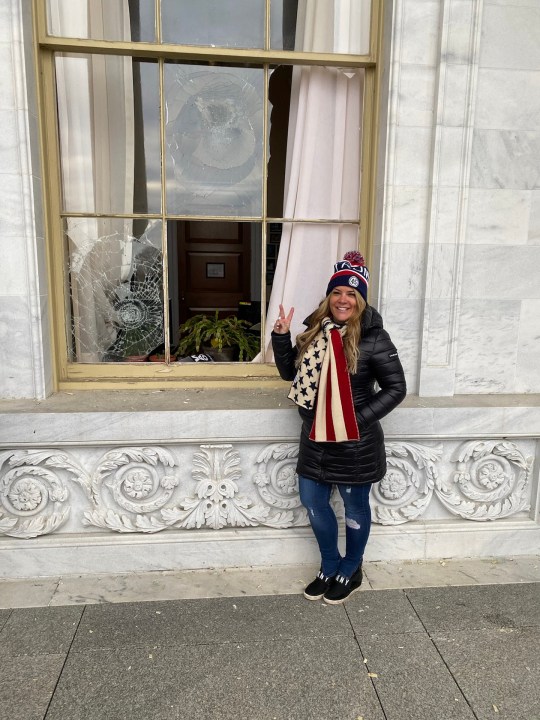 Jenna Ryan admitted to entering the Capitol after a pro-Trump mob stormed it on January 6 (Picture: Facebook)

Two months after her arrest, Ryan tweeted, ‘Definitely not going to jail. Sorry I have blonde hair white skin a great job a great future and I’m not going to jail’, and, ‘I did nothing wrong’.

In her sentencing, Cooper cited Ryan’s apparent lack of remorse for her conduct. Ryan’s decision to join the mob, not directly from former president Donald Trump’s rally that morning but from seeing footage of the riot on her hotel television, also weighed in the sentencing.

The judge also noted that Ryan left for the Capitol knowing it wasn’t a peaceful protest. 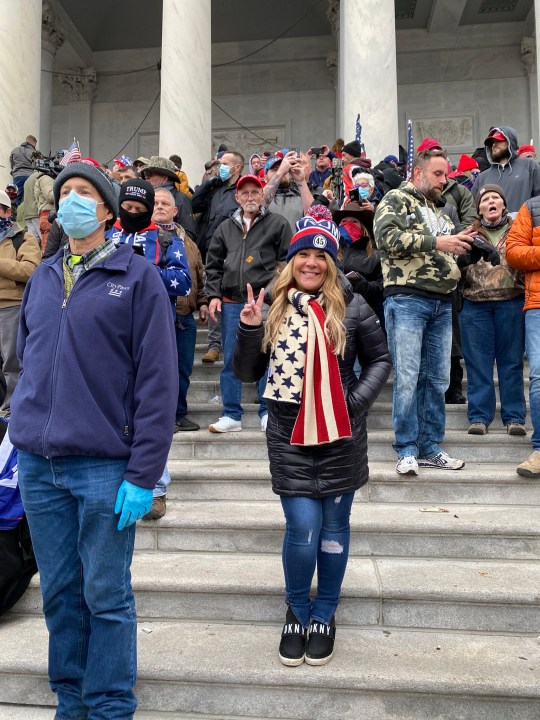 Prosecutors noted Jenna Ryan’s tweets bragging that she would not receive jail time during their arguments in court (Picture: Facebook)

‘You’ve been very upfront that you feel no sense of shame or guilty,’ Cooper said. ‘You suggested Antifa was somehow involved. And perhaps most famously, you said that because you had blonde hair and white skin, you wouldn’t go to jail.’

In a letter to court, Ryan said the tweet in question was in response to ‘bullies’ who attacked her looks on social media.

‘I responded back apologizing for my blonde hair but that I wasn’t getting prison,’ she wrote. ‘I wasn’t saying I was above prison, I just felt that it would be unlikely.’

Ryan received one of the harshest penalties to date for her participation in the January 6 attack on the Capitol. 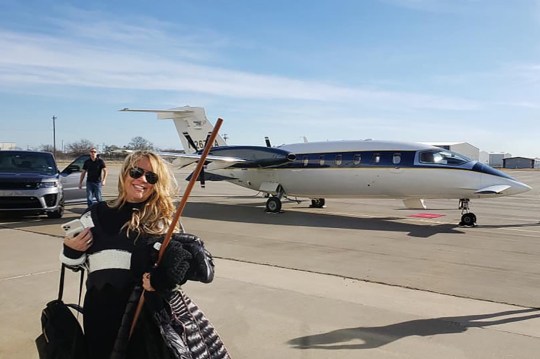 A stranger invited Ryan to the January 6 riots at the Capitol and flew her out there on a private jet (Picture: Facebook)

Cooper told Ryan the sentence should send a message, saying that ‘we take it seriously, that it was an assault on our democracy … and that it should never happen again.’

In previous interviews, Ryan had claimed she only went to the riot because she received an invitation from a handsome stranger on Facebook.

‘He was adorable,’ she said of the situation, claiming it was on a whim.

‘So I said, “Heck yeah, let’s go.” I mean who wouldn’t go and get on a private jet?’ she said, according to the Daily Mail. 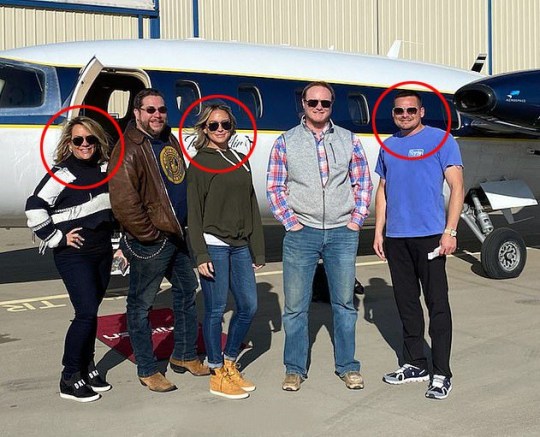 An ‘adorable’ stranger who invited Jenna Ryan to fly out to the Capitol, as well as the woman he ended up with, and others who flew out with them (Picture: Twitter @dotryan)

As fate would have it, the pairing was not meant to be.

‘There was another adorable girl there, too, and they ended up getting together, darn it,’ she said.

Failed romance aside, Ryan realized she had a bigger issue when the FBI identified her as a person of interest from shared grabs of a livestream she filmed of herself at the Capitol.

Ryan turned herself in before the end of January, but maintains she did nothing wrong and that she has no regrets around her involvement in the Capitol siege, which left five people dead.

‘I’m glad I was there, because I witnessed history,’ she later said during an interview with NBC. ‘I’ll never get the chance to do that again. No one will probably ever be able to go near (the Capitol) again.’

The FBI has reportedly made over 650 arrests in connection to the insurrection to date, which they predict is only one-fourth of the total number possible. 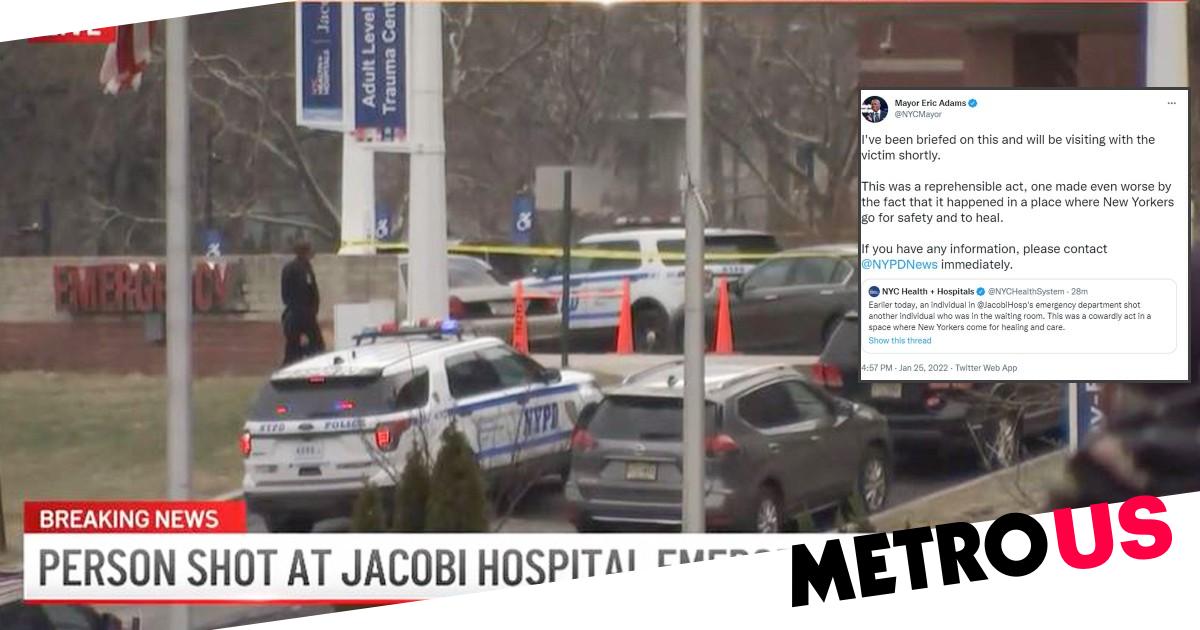 A man was arrested Tuesday evening after he opened fire in a New York City hospital earlier that day (Pictures:...