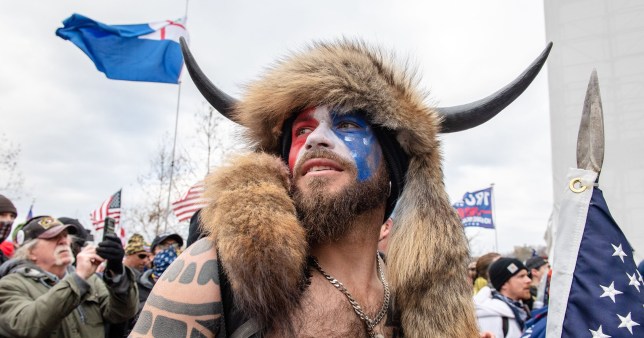 Horn-wearing QAnon ‘shaman’ Jacob Chansley has been charged for his part in the Capitol riots (Picture: Rex)

The shirtless ‘shaman’ who was part of the mob that stormed the US Capitol has offered to testify against Donald Trump at his impeachment trail.

Jacob Chansley’s lawyer, Albert Watkins, has said the horn hat-wearing rioter felt ‘betrayed by the president’ and is therefore willing to testify during Mr Trump’s trial in the senate.

Chansley, 32, from Arizona, was charged with knowingly entering a restricted building, violent entry and disorderly conduct on Capitol grounds following the deadly riots in Washington at the start of this month.

He is currently being held in custody until trial for his alleged role in storming the Capitol.

Trump’s trial is scheduled to begin on February 8 and Watkins has said it’s important for senators to hear from someone who was allegedly incited by Trump.

Watkins said his client was previously ‘horrendously smitten’ by Trump but now feels let down after the former president’s refusal to grant Chansley and others who participated in the insurrection a pardon.

‘He felt like he was betrayed by the president’, Watkins said. 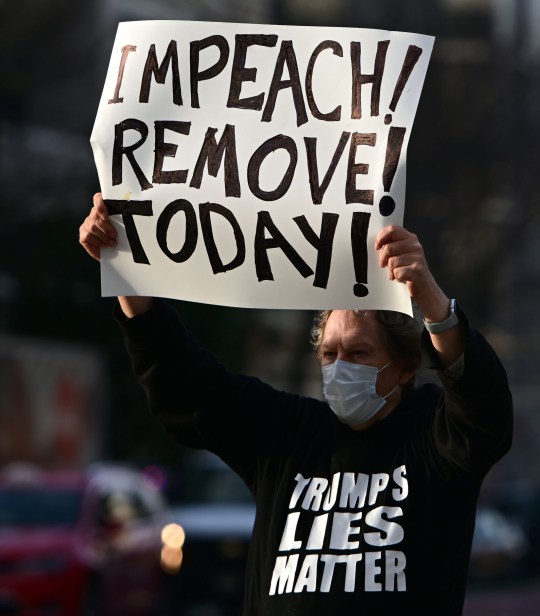 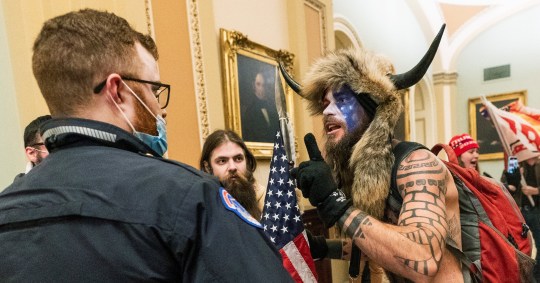 Chansley was photographed inside the Capitol building (Picture: Getty)

With just over a week to go until Trump’s trial, the words of Trump supporters who are accused of participating in the riot may end up being used against him in the impeachment trial.

Chansley and at least four others people who are facing federal charges stemming from the riot have suggested they were incited Trump, who published a series of tweets urging his supports to ‘fight’.

Chansley is yet to enter pleas to his charges and is due to appear in court in Washington today.

In successfully seeking his detention until trial, prosecutors said Chansley went into the Capitol carrying a US flag attached to a wooden pole topped with a spear, ignored an officer’s commands to leave, and entered the Senate chamber.

Photographs of the insurrections show Chansley, who calls himself ‘Jake Angeli’, wearing a horn hat while shirtless inside the Capitol.

But Chansley’s testimony alone is unlikely to swing the result of Trump’s trial, which would see him barred from running from office if convicted.

Just five Republican senators have so-far publicly sided with their Democrat rivals over plans to convict Trump. A further 12 will be needed to secure his conviction.