Tens of millions of Americans can now get a Covid-19 booster and select a different company’s vaccine for their next shot, federal health officials confirmed on Thursday.

Dr Rochelle Walensky, director of the Centers for Disease Control and Prevention, signed off on the measure after an advisory committee recommended Americans be able to choose which top-up dose they receive — Pfizer-BioNTech, Moderna or Johnson & Johnson.

She told the panel: ‘These past 20 months have taught us many things, but mostly to have humility. We are constantly learning about this virus, growing the evidence base and accumulating more data.’

The Food and Drug Administration had already endorsed the move to expand the nation’s booster campaign on Wednesday. 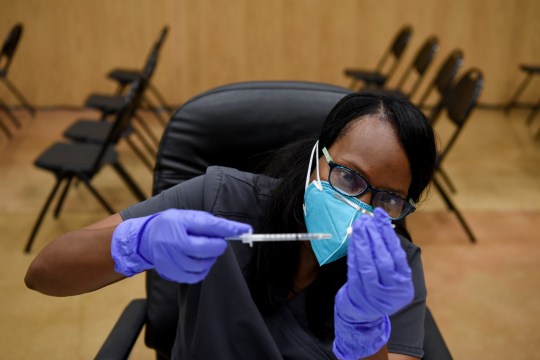 Certain people who received Pfizer vaccinations have already been able to receive their latest dose, as the company’s booster was authorized and recommended last month.

Now, some recipients of the Moderna and Johnson & Johnson vaccines will also be able to receive an additional inoculation.

While the announcement opens the door for millions of Americans to receive a booster shot, restrictions in place by federal health officials still limit who qualifies.

Beginning six months after their last Pfizer or Moderna shot, people older than 65, nursing home residents, or people who are at least 50-years-old and at an increased risk of the virus are urged to get a booster. 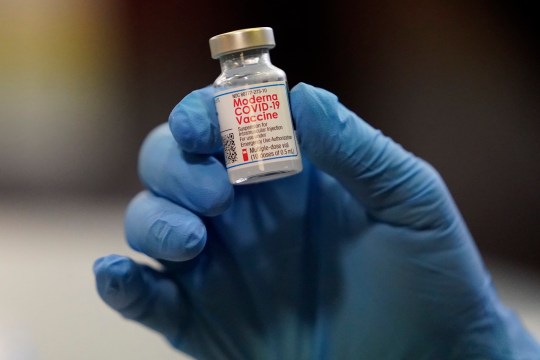 Moderna’s booster will only contain half the dose of the first two shots (Picture: AP)

Boosters are also allowed, but not encouraged, for adults of any age at a higher risk of infection because of their health, jobs or living conditions. Those who would qualify include health care workers, teachers and people in jails or homeless shelters.

The Moderna booster will come at half the dose of the original two shots.

People who received the single-shot Johnson & Johnson vaccine are being urged to get their Covid-19 booster two months after their vaccination, as the shot hasn’t proved to be as effective as the other options.

The CDC hasn’t recommended anyone mix-and-match vaccines, but they have left the option open for Americans to decide for themselves. 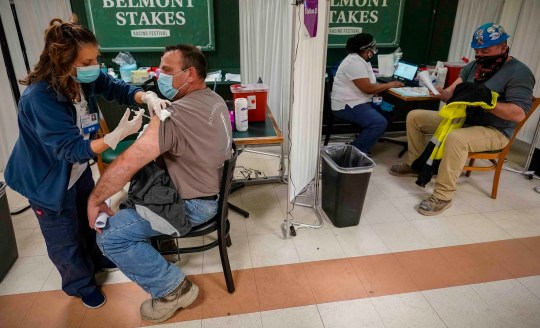 Allowing boosters of differing shots should speed up distribution among nursing home residents and other institutional settings (Picture: AP)

They have said though that boosters are recommended.

Some of the CDC’s panel said they would prefer that Johnson & Johnson recipients receive either a Moderna or Pfizer booster, citing data that suggests a boost in virus-fighting antibodies from that combination.

The move to allow boosters of differing shots from the initial inoculation will also likely speed up booster distribution in nursing homes and other institutional settings, where many residents received different shots during the early rollout.

Out of the nearly 190million vaccinated US residents, most received their Covid-19 vaccine from Pfizer or Moderna, while only about 15million got theirs from Johnson & Johnson.