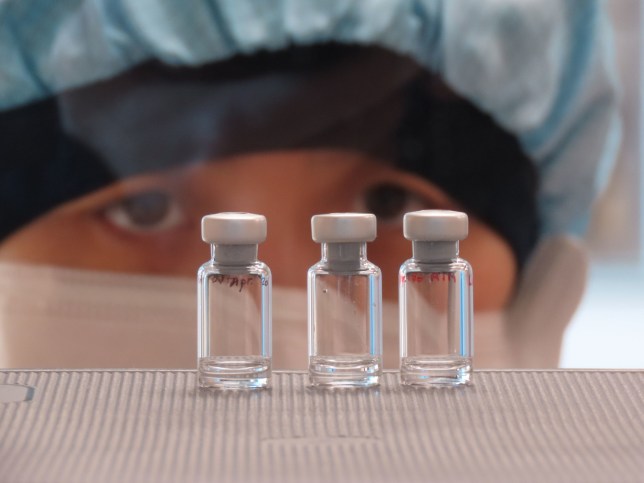 A sheriff’s office in California has apologized for linking a 64 year-old healthcare worker’s death to a Covid vaccine he’d recently received (Picture: PA)

A sheriff’s office has apologized after linking a 64 year-old healthcare worker’s death to a coronavirus vaccine he had just received. Placer County Sheriff’s Office in California issued the mea culpa on Sunday after conceding the unnamed man had actually been diagnosed with Covid the month before.

He also had underlying health issues, and began suffering medical distress within 10 minutes of receiving his Covid vaccine last month. A Placer County Sheriff’s Office spokesman explained the circumstances, then said: ‘We would also like to take this moment to sincerely apologize for some of our Facebook comments made by our agency after we first informed the community of this incident.

‘We realize how they were taken by the public, and it should not have happened.’ The original post, shared last month, said that the man had tested positive for Covid the month before his death, that the vaccine had not been given by local authorities, and that a probe into what happened was ongoing.

Further information on what caused the man’s death has not yet been released. It was widely shared online as possible evidence of the alleged danger potentially posed by having a Covid vaccine. It is unclear which vaccine the man had, or where he was given it. 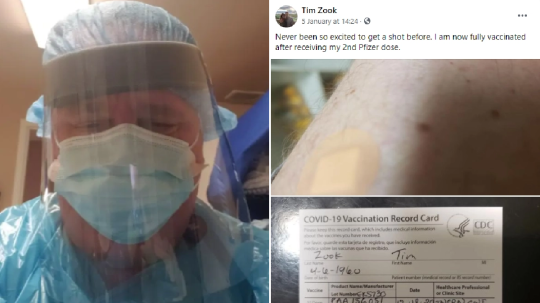 Another healthcare worker, Tim Zook, left, told of his excitement at getting his second dose of Pfizer’s Covid vaccine – only to die of what his wife thinks was a reaction to it days later (Pictures: Facebook)

The news was announced as investigations continue into what killed a second California healthcare worker, Tim Zook, who died last month days after getting his second Pfizer vaccine dose.

He fell ill within hours of receiving his vaccine. Zook’s widow Rochelle has urged people to get vaccinated – but has also called for an investigation into what she thinks was her late husband’s severe ‘reaction’ to his shot.

US government scientists say that Covid vaccines so-far approved have all been widely-tested, and that they are safe for the public to have.