Prosecutors detailed the ‘horrific abuse’ endured by girls as young as 14 years old who were allegedly taken advantage of by Ghislaine Maxwell and Jeffrey Epstein (Pictures: Getty Images/ Reuters)

As Ghislaine Maxwell’s criminal trial got underway, a prosecutor argued that the British socialite and the late financier Jeffrey Epstein were ‘dangerous predators who exploited and sexually abused young girls for a decade’. Maxwell knew ‘exactly what she was doing’, a prosecutor argued, while the defense team claimed she’s become a scapegoat.

Assistant US Attorney Lara Pomerantz detailed the ‘horrific abuse’ endured by girls as young as 14 years old in opening arguments at the Manhattan Federal Courthouse on Monday. The prosecutor painted an image of Maxwell, 59, luring young women into rooms ‘where she knew (Epstein) would molest them’.

‘There were times when she was in the room when it happened – making it all feel normal and causal,’ Pomerantz said, according to The National.

‘She preyed on vulnerable young girls, manipulated them and served them up to be sexually abused. The defendant was trafficking kids for sex. That is what this trial is all about.’ 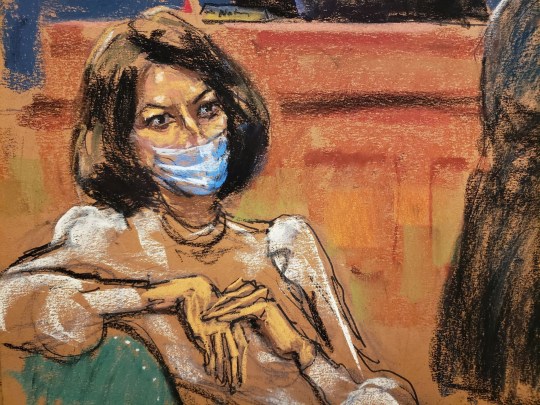 Maxwell would allegedly encourage the girls into sexual activities by calling what they were doing massages, ‘but what was happening was not massage. It was sexual abuse’, Pomerantz said.

‘The defendant helped Epstein find these girls. She helped him recruit girls for so-called massages. She manipulated the girls and groomed them for abuse,’ she said.

The prosecutor referred to the way Maxwell allegedly helped Epstein find these young girls as a ‘pyramid scheme’, where they would invite teenagers to bring young friends to Epstein’s home in return for cash.

Maxwell also allegedly created a ‘culture of silence’ to keep the ‘heinous crimes’ she and Epstein committed behind closed doors, the prosecutor said. 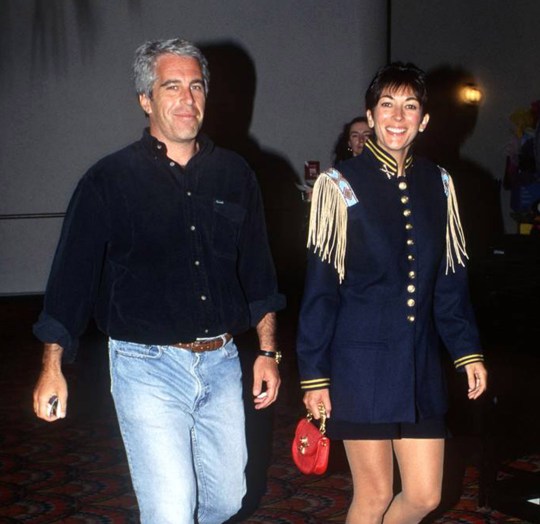 The prosecutor in Ghislaine Maxwell’s criminal trial said she (right) and the late Jeffrey Epstein (left) were ‘partners in crime’ (Picture: Enterprise News and Pictures)

‘The defendant and Epstein were partners in crime,’ Pomerantz said.

Concluding her opening statements, the prosecutor said that Maxwell ‘played an essential role in this scheme’.

‘She knew exactly what she was doing. She was dangerous,’ Pomerantz said.

Meanwhile, attorneys for Maxwell argue that she has become a scapegoat, with the public desperate to see someone held accountable for Epstein’s crimes. 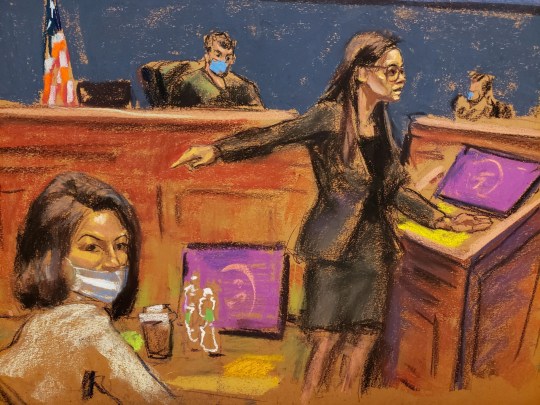 Maxwell is charged with recruiting and grooming four underage girls for her former boyfriend and billionaire pedophile Epstein. She continues to deny recruiting teenagers as young as 14 years old for Epstein to sexually abuse from 1994 to 2004.

Epstein died by suicide in a Manhattan jail cell before he could be tried on sex abuse charges.

Two years after Epstein’s death behind bars, a 12-person jury plus six alternates were picked to determine whether Maxwell acted as Epstein’s accomplice, or as a puppet, which is what her attorneys claim.

The jury of six men and six women range in age from 28 to 70, according to Bloomberg.

Maxwell has been held in a Brooklyn jail since her arrest in July last year. She denies all charges and wrongdoing.