Donald Trump, 74, ‘fears he’ll be too old to run for president again’

Donald Trump, pictured with wife Melania on New Year’s Eve 2020, is said to fear he will be too old to run for president again in 2024 (Picture: Getty)

Donald Trump fears he may be too old to run for president again 2024, a White House source claimed. The outgoing President of the United States, who will be 75 in June, is said to have told pal David McIntosh of his misgivings on an Air Force One flight to Georgia earlier this month.

Asked if he’d run again, Trump reportedly answered: ‘Yeah, I’m thinking about that. But you know, I’m going to be four years older.’ Trump would be less than six months off his 79th birthday if he managed to re-take the White House in January 2021, which would make him the oldest president ever elected.

Joe Biden currently holds that title, with the 78 year-old scheduled to be sworn-in around midday tomorrow. Trump’s fears about his advancing years were revealed in an Axios report on the final days of his presidency.

He has reportedly flip-flopped over whether to announce a 2024 run for office in the coming days, after winning more votes in the 2020 election than he did in 2016. Trump was last week impeached for allegedly inciting deadly riots at the US Capitol on January 6.

Hundreds of thousands of flags have been planted along the National Mall in Washington Dc ahead of Joe Biden’s inauguration to represent spectators unable to attend because of Covid (Picture: AP)

If he is convicted at his upcoming impeachment trial at the US Senate, he will be barred from running for president again. Tuesday marks Trump’s final full day in office, with the president expected to release a list of 100 pardons and commutations.

Rapper Lil Wayne is widely expected to have a gun conviction dropped – although aides say it is unlikely Trump will pardon Wikileaks hacker Julian Assange, or his exiled associate Edward Snowden.

Meanwhile, The Washington Post reported that Trump was furious on hearing that Jennifer Lopez, Lady Gaga and Tom Hanks would all appear at Biden’s inauguration.

The celebrity-obsessed president’s 2017 inauguration was shunned by stars over Trump’s controversial policies and pronouncements.

Gaga and JLo will provide the music for the ceremony, while Hanks will narrate.

Hundreds of thousands of flags have been planted along the National Mall in Washington DC to represent spectators unable to attend because of Covid.

Trump will be the first president in 160 years not to attend his successor’s inauguration, and will instead fly to his home in West Palm Beach, Florida, on Wednesday morning. 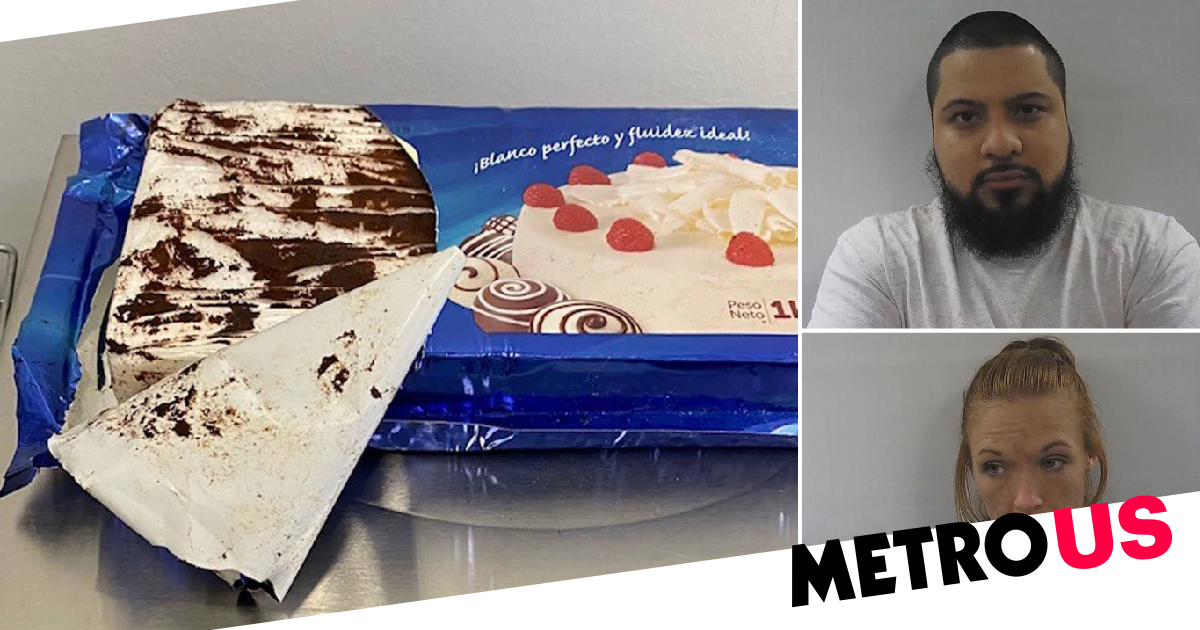 John Cedeno (top right) and Chelsy Cochran (bottom right) were arrested after a drug-sniffing dog found cocaine disguised in a...

Jill Biden arrives at Tokyo Olympics to lead US delegation