Donald Trump refuses to testify at his impeachment trial 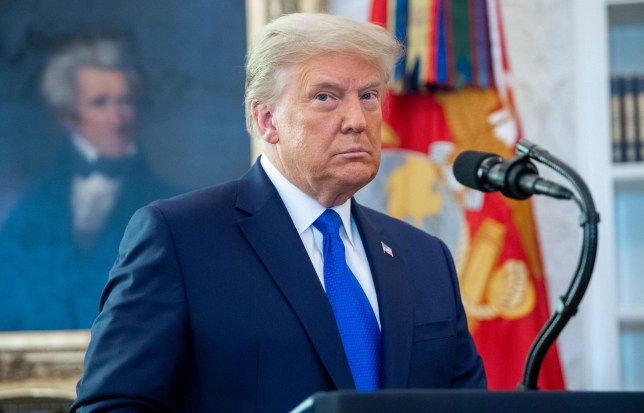 Donald Trump has turned down the chance to testify in the Senate (Picture: AFP via Getty Images)

Donald Trump has said he will not testify under oath at his impeachment trial next week.

The former US president was invited to have his say in the Senate on accusations he ‘incited an insurrection’ at the Capitol on January 6, as part of Democrat actions to convict him of impeachment.

But Mr Trump’s lawyers have said he’s refused the offer and have blasted it as a ‘public relations stunt’.

Democrat impeachment managers contacted him yesterday saying: ‘I write to invite you to provide testimony under oath, either before or during the Senate impeachment trial, concerning your conduct on January 6 2021.’

In response, just a few hours later, Trump adviser Jason Miller dismissed the trial as ‘an unconstitutional proceeding’ as his lawyers said he won’t testify.

Trump’s trial kicks off on February 8. Earlier this week, his lawyers filed a framework of the defense arguments they intend to present.

They insist the former president’s speech to supporters who later stormed the Capitol was entirely legal under US free speech laws. 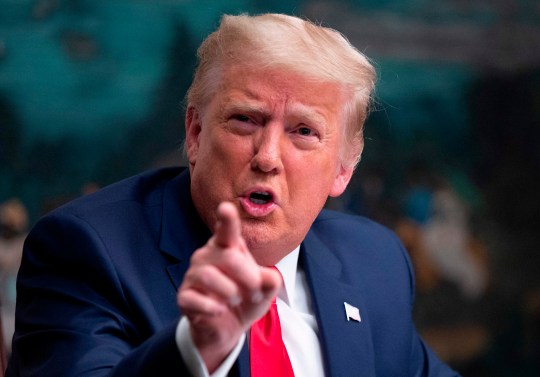 Lawyers acting on behalf of the former president added that his words – ‘if you don’t fight like hell, you won’t have a country anymore’ were not an incitement to violence.

They also say that it is unconstitutional to try a former president, although the Senate has previously done that, and insists it is perfectly within its rights to do so again.

But impeachment managers, who will act as prosecutors, say Trump is directly responsible for provoking the violent chaos.

He appeared at a Save America rally in DC hours before the riot, and asked supporters to travel the short distance to the US Capitol to protest the certification of Joe Biden’s election win.

Hundreds then descended on the seat of the US government, smashed their way inside, and trashed its interior. Four protesters and a police officer were killed in the ensuing chaos.

The trial is scheduled to last around three days. A two thirds majority of senators must vote to convict Trump for him to be found guilty.

So far, just five of the 50 Republican senators have indicated they may convict Trump, with 12 more needed to secure a conviction. 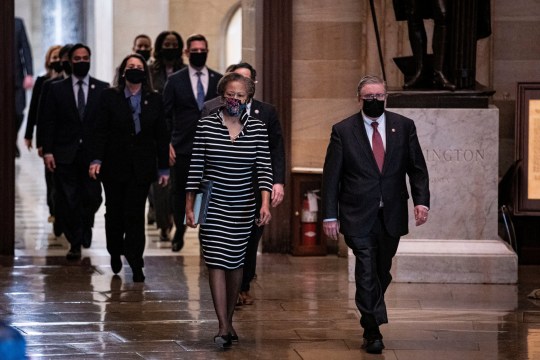 House impeachment managers led by Cheryl Johnson, clerk of the House of Representatives; and Timothy Blodgett, acting sergeant at Arms of the House, delivered an article of impeachment against former President Donald Trump to the Senate on January 25 (Picture: Reuters)

If Trump was convicted, he would be banned from running for office again, lose a government travel allowance, and the Secret Service protection detail afforded to former presidents.

He was previously impeached in 2019 for allegedly abusing his office to try and get Ukrainian prosecutors to probe Joe Biden, but was acquitted at his trial.

California battered by ‘bomb cyclone’ after nearly a year without rain