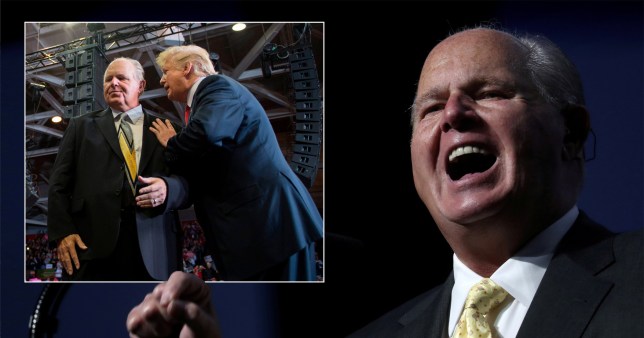 One of America’s most famous conservative radio hosts – who was famed for his ardent support of Donald Trump – has died of lung cancer aged 70. Rush Limbaugh died on Wednesday, with his death announced on his radio show by his widow Kathryn.

Limbaugh was diagnosed with lung cancer last January, and shared candid updates with listeners as his condition deteriorated. He had been off sick in the days leading up to his death, with guest hosts filling in on his behalf.

Speaking of his cancer diagnosis in December, Limbaugh told listeners: ‘When I received this diagnosis, and I was shocked, I was stunned, and I was in denial for about a week.

‘I wasn’t expected to make it to October and then to November and then to December — and yet here I am. Today, I’ve got some problems, but I’m feeling pretty good today. God’s with me today. God knows how important this program is to me.’ 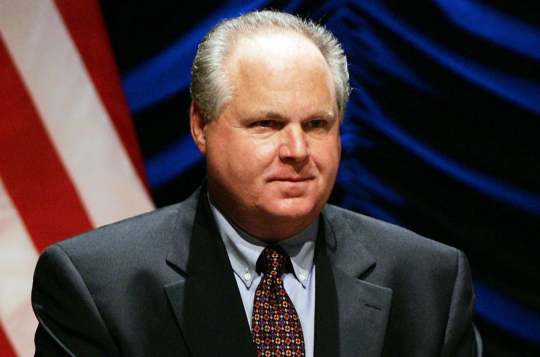 Limbaugh was hailed as one of the most powerful voices in US conservative politics(Picture: Getty)

Limbaugh was a hugely influential figure in US politics, with aspiring conservative politicians considering his support crucial to the success of their campaigns.

Last October, then-President Trump gave Limbaugh his first interview in the wake of his Covid diagnosis. The rambling chat lasted for two hours, and only ended when Limbaugh politely cut Trump off to end his show.

Trump awarded Limbaugh the Presidential Medal of Freedom in April 2020 to signal his gratitude to the radio host for supporting his campaign.

Limbaugh, a college dropout from Missouri, began his broadcasting career as a rock n’ roll and sports DJ, before switching to politics chat in the late-1980s. 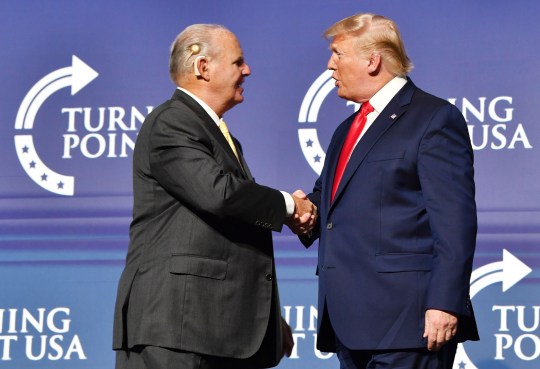 Limbaugh was among President Trump’s most vociferous – and important – supporters – and was granted the first interview with Trump after his Covid diagnosis last October (Picture: Getty)

The broadcaster’s popularity soon swelled, with former President Ronald Reagan sending Limbaugh a letter calling him ‘the Number One voice for conservatism in our Country.’

While popular among conservative listeners, Limbaugh was frequently accused of making racist, sexist and homophobic remarks.

The four-times married DJ, who did not have any children, battled an opioid addiction while railing against the evils of drugs.

He was credited with convincing millions of working class Americans to switch political allegiances from the Democrat party to the Republicans, and had an estimated net worth of $500 million.