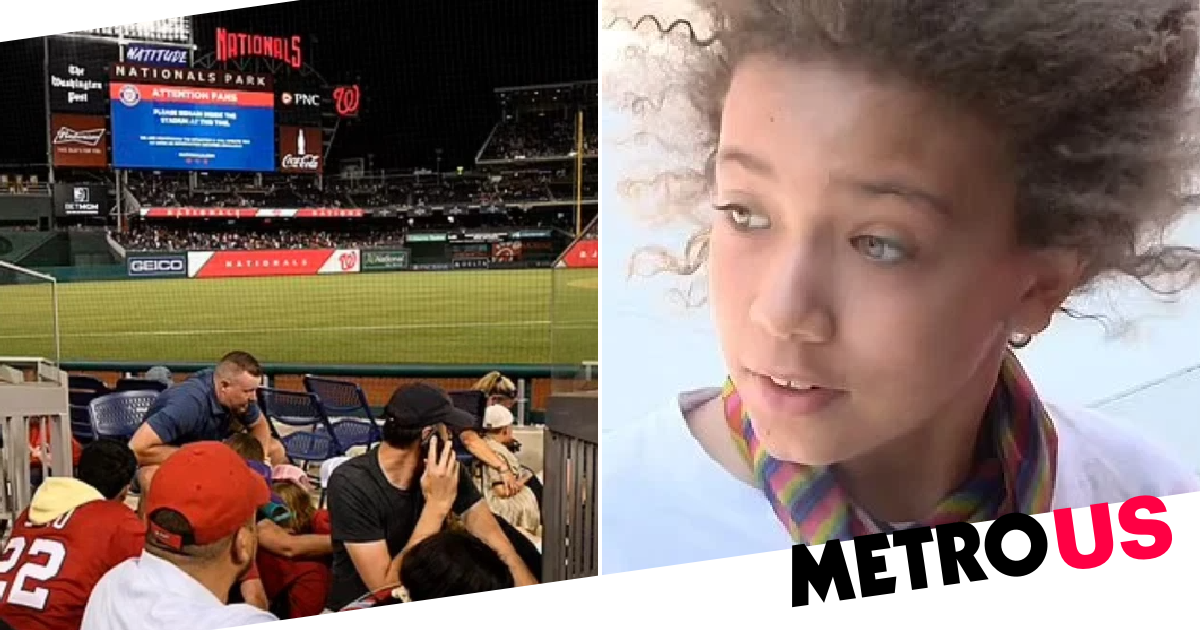 An 8-year-old girl who ran for cover when gunfire erupted outside Nationals Park during a baseball game on Saturday gave a disheartening answer when asked how she felt.

Faris Nunn, who was seated at the third baseline with her younger brother and her parents when shots were heard outside the gate closest to them, spoke to WUSA 9 reporter Jess Arnold about the terrifying experience.

‘I saw people looking that way and I didn’t know what was going on until I heard someone say get out, so I just started going under the seat,’ Nunn said in a video Arnold shared on Twitter.

‘Oh my gosh, how are you feeling?’ Arnold asked the girl.


An 8-year-old girl named Faris Nunn (right) said, ‘It was my second shooting, so I was kind of prepared’, when asked how she felt about the shooting outside Nationals Park (Pictures: AP/WUSA 9)

‘Uh, it was my second shooting, so I was kind of prepared,’ Nunn replied. ‘Because I always am expecting something to happen.’

Arnold herself seemed disturbed by Nunn’s answer and wrote in her tweet, ‘sober reminder of what far too many kids in DC face daily’, referring to Washington, DC, where the baseball stadium is located.

‘This should not be normal,’ Arnold concluded.

The clip went viral and had more than 2million views as of Monday afternoon.

Police said multiple shots were fired on South Capitol Street near an entrance of the stadium, causing the game between the Washington Nationals and San Diego Padres to be suspended.

Three people were wounded – a woman attending the game who was found outside the stadium and two others who went to a hospital shortly after the incident and have been arrested. It is believed the gunfire came from at least one car and was directed to another vehicle, DC police executive assistant chief Ashan Benedict said. All three victims were in non-life-threatening condition.

The 8-year-old girl’s mother, Lora Nunn, elaborated on her daughter’s remarks that she experienced her second shooting on Saturday. The mother said a man was fatally shot outside a toddler playground they were at in northeast DC in November.

A DC police news release obtained by WUSA 9 states that Demetrius Jones, 41, was shot to death on November 6, 2020.

Lora said she has attempted to comfort her daughter.

‘We just tried to reassure her that this is not normal, that nobody’s targeting her,’ the mother said. ‘That it’s, it’s just a really stressful time right now with the pandemic.’