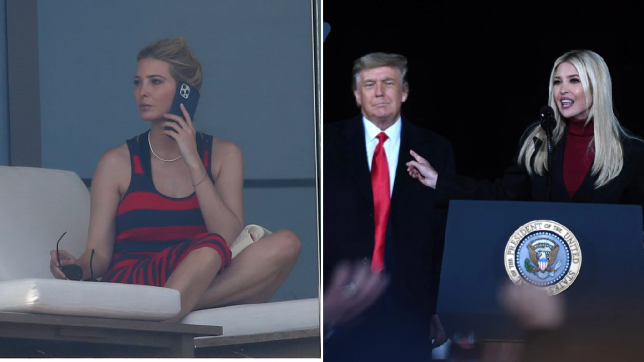 Ivanka Trump has confirmed she has no plans to run for a US Senate seat in Florida next year – although pundits think she may still have her eyes on the White House (Pictures: Mega/AP)

Ivanka Trump has no plans to follow her father into top-level politics yet, after declining to run for a US Senate seat in Florida. The former President of the United States’ daughter told Senator Marco Rubio she does not intend to challenge him when he runs for re-election in 2022, Axios reported.

The New York Times previously reported that Ivanka never had any serious plans to run for the US Senate. The former political adviser is rumored to want to follow her father into the White House, and turn the Trumps into a presidential dynasty akin to the Kennedys or Bushes.

Republicans say her connection to Donald Trump – who remains hugely popular among many conservative voters – would have made her a formidable opponent had she chosen to run against Rubio. But she has now thrown her support behind his re-election campaign instead.

Rubio’s spokesman Nick Iacovella said: ‘Marco and Ivanka did speak a few weeks ago. Ivanka offered her support for Marco’s reelection and they had a great talk.’ Trump’s daughter-in-law Lara Trump, who is married to Eric Trump, is also rumored to be considering a Senate run in her native North Carolina. 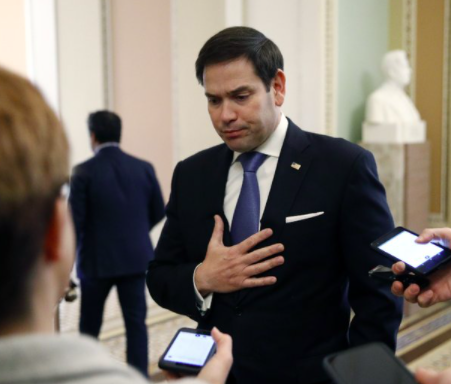 Ivanka told incumbent Florida Senator Marco Rubio she has no plans to challenge him – and has now thrown her weight behind his re-election campaign (Picture: AP)

But pals told the Times that there is little truth to those claims. Donald Trump has yet to reveal his future plans, but has not ruled out running for president again in 2024.

He became president with no previous political experience, offering a potential route for his children to do the same without first working in the House of Representatives, Senate, or as a state governor.

If Trump wins, his children could use that success to help achieve their own political ambitions. Ivanka is widely-rumored to be Trump’s favorite child, and appears the most likely to become the second President Trump.