President Joe Biden has called for a three-month suspension to the federal gasoline and diesel tax, in an effort to ease prices at the pump for Americans.

Speaking from the White House on Wednesday afternoon, Biden urged Congress to approve a 90-day gas and diesel tax holiday ‘through the busy summer season, the busy travel season’.

‘I call on the companies to pass this along, every penny of this 18-cent reduction, to consumers,’ Biden said. ‘There’s no time now for profiteering.’

Biden also urged states to either suspend their gas taxes, which average about 30 cents, or ‘find some other ways to deliver some relief’.

The president said he fully understands that a gas tax holiday alone is not sufficient, but that the action would provide ‘a little bit of breathing room as we work to bring down gas prices’ to a more reasonable level.

Biden’s last request was for the fuel industry to refine more oil into gasoline to lower gas prices. He urged companies to use their profits to increase refining capacity instead of buying back their own stock.

The three actions together could drop the price per gallon by up to a dollar or more, he said.

Biden closed by recapping ‘how we got here’ – Russian President Vladimir Putin’s invasion of Ukraine. Defending democracy comes with a cost, Biden said.

‘We could have turned a blind eye to Putin’s murderous ways. The price of gas wouldn’t have spiked the way it has,’ Biden said. ‘I believe that would have been wrong. I believe then and I believe now that the free world had no choice.

America could not stand by and the West could not have stood by – although some suggested at the time – and watched Putin’s tanks roll into Ukraine and seize a sovereign country. If we did stand by, Putin wouldn’t have stopped.’

The price of gas has risen by almost two dollars per gallon in the US, and more in some other parts of the world. 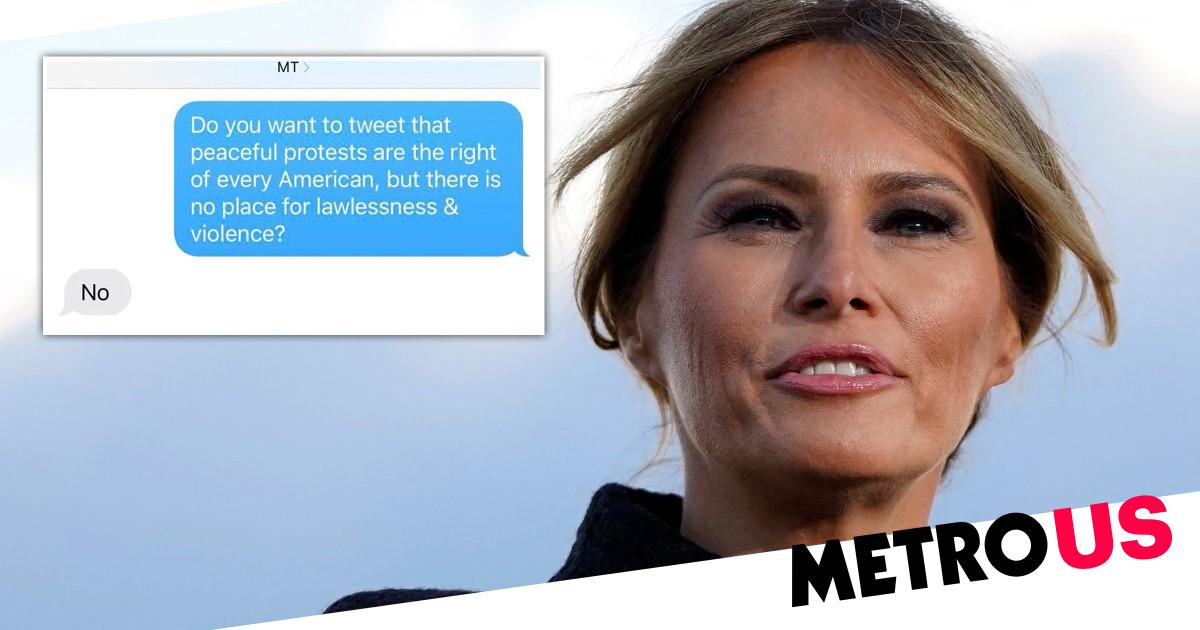 Ex-First Lady Melania Trump refused to tweet a message to calm Capital rioters, according to a screenshot from her former...

Ghislaine Maxwell gets 20 years in prison for sex trafficking

Ghislaine Maxwell says she was a ‘victim of helping Jeffrey Epstein’