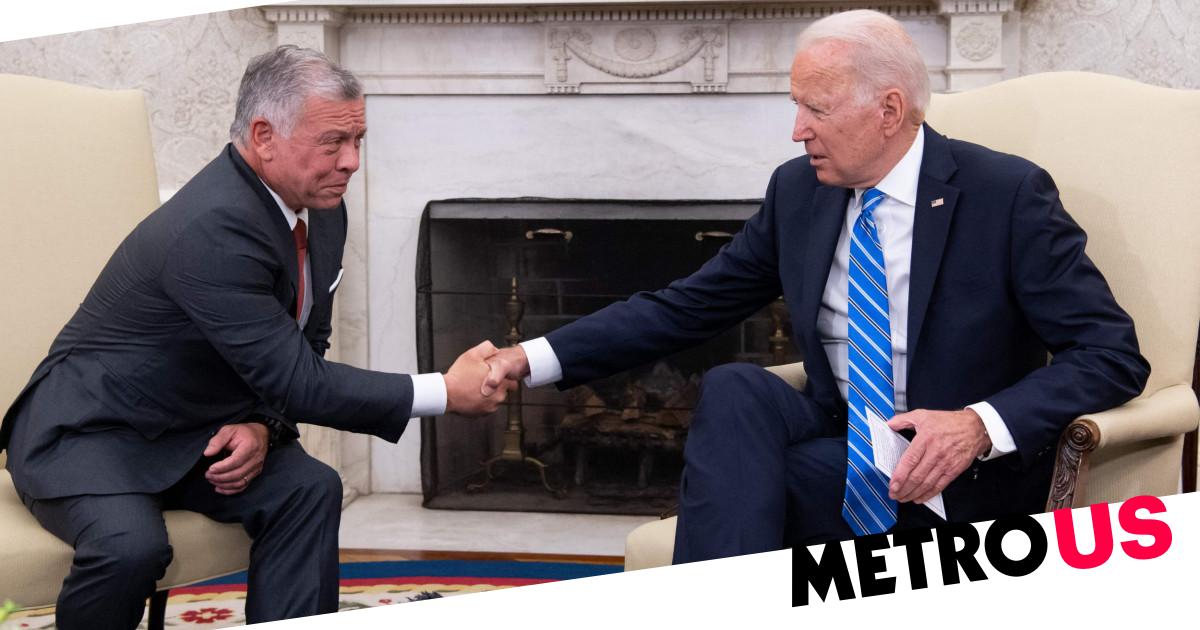 President Joe Biden hosted King Abdullah II of Jordan in what was the first of three expected sit-down meetings with leaders from the volatile Middle East. Biden welcomed the king to the Oval Office on Monday afternoon, followed by bilateral meetings.

Abdullah, who has been king for 22 years, was considered by most American presidents as a moderate and reliable ally in the Middle East, where tensions run high. That changed under Biden’s predecessor Donald Trump, who worked more closely with Saudi Arabia than the Gulf States. Abdullah seeks to strengthen Jordan’s ties with the US now that Trump is no longer president.

‘We’ve been hanging out together for a long time,’ Biden said as he and Abdullah met in the Oval Office.

Abdullah said he ‘had the privilege of knowing you with my father decades ago’.

White House Press Secretary Jen Psaki said the meeting would be ‘an opportunity to discuss the many challenges facing the Middle East and showcase Jordan’s leadership role in promoting peace and stability in the region’.

Abdullah was accompanied by his eldest son, Crown Prince Hussein bin Abdullah II. The king’s wife, Queen Rania, did not join the meeting but was set to have tea with First Lady Jill Biden.

The king arrived in the US a week after a state security court in Jordan sentenced two former officials to 15 years in prison in connection with an alleged plot against him. Abdullah’s half-brother was involved in the plot discovered earlier this year.

Abdullah is set to have a working breakfast with Vice President Kamala Harris on Tuesday at her official residence, followed by a meeting with Secretary of State Antony Blinken at the State Department.