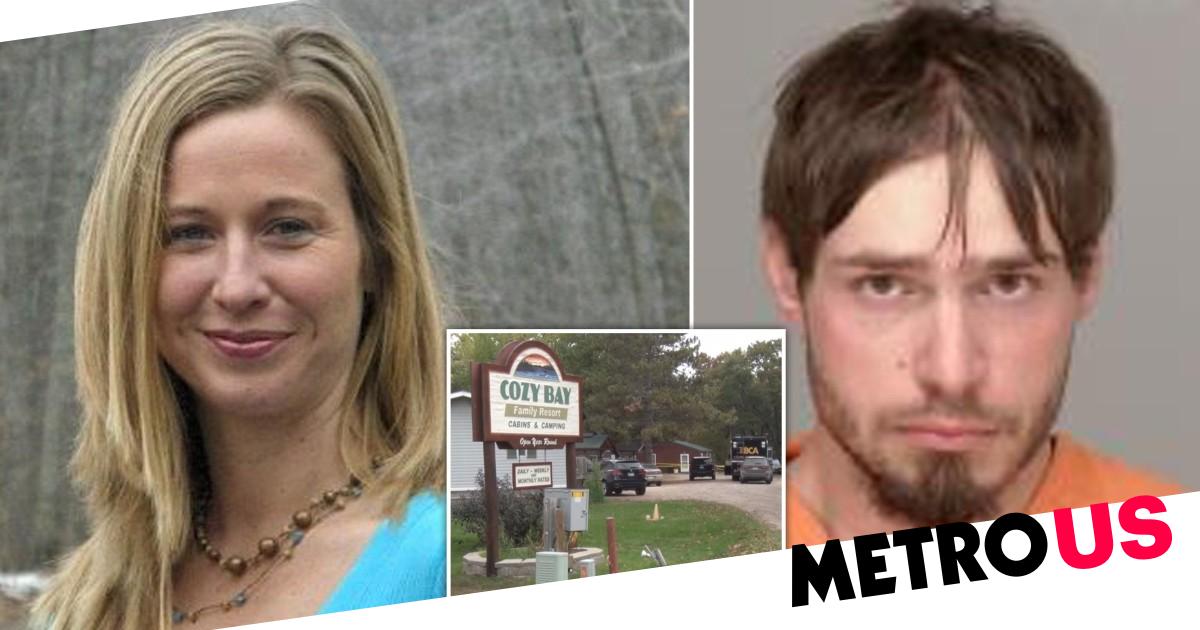 A man is accused of fatally shooting a woman he allegedly mistook for his ex-girlfriend who refused to do drugs with him.

Cameron Moser, 29, of Minnesota was booked into Crow Wing County jail on Friday in connection with the death of Bethany Bernatsky, who was staying at the Cozy Bay Resort, according to the Daily Mail.

Investigators are working to determine whether it is a mistaken identity case, with Moser possibly intending to kill his 26-year-old ex-girlfriend who is the daughter of a former owner of the resort on Lake Edward, Crow Wing County Sheriff Scott Goddard said.

The resort’s former owner Bret Jevning said Moser went to an RV park that he owns across the street, in search of his daughter, according to The Star Tribune.

Jevning said Moser was mad that his daughter had stopped her drug addiction and was starting rehab.

‘He was taunting her by using (drugs) himself,’ Jevning told the newspaper.

On October 7, sheriff’s deputies responded to the resort on a call about a shooting just past 11pm, a probable cause affidavit states.

About 20 minutes later, deputies saw the Moser holding an AR-15-style rifle as well as a silver handgun at the Mollie Lake RV park, across the street from the resort.

Moser kept deputies in a standoff that lasted 90 minutes before being taken into custody.

SWAT team members who then entered the resort found Bernatsky in a hallway of a cabin face down, surrounded by blood.

Bernatsky, 46, was pronounced dead at the scene. An autopsy revealed that she had been shot several times including in the head.

Photos of Bernatsky and Moser’s ex-girlfriend on social media show that they had similar features, including height, build and long blonde hair, despite their 20-year age difference.

Moser is charged with second-degree intentional murder and is being held on a $1million bond. His next court appearance is scheduled for October 20.