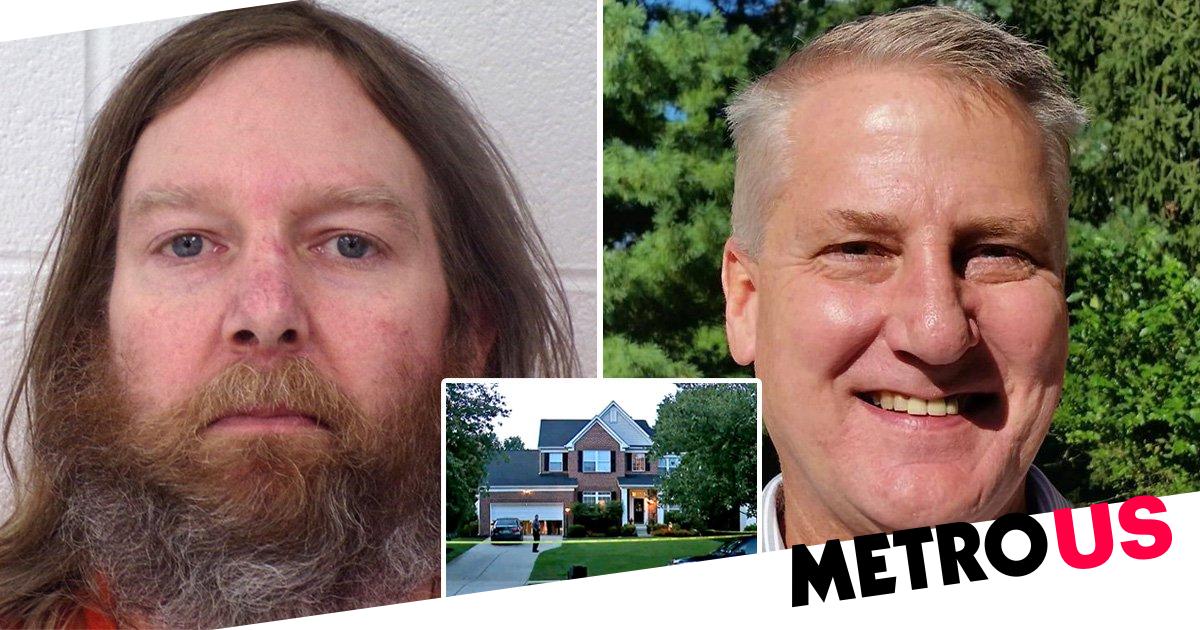 Brian Robinette (left) is accused of killing his pharmacist brother Jeffrey Burnham (right) because he believed he was ‘killing people with the Covid shot’ (Picture: Allegany County Detention Center/Facebook/Fox News)

A man accused of killing his pharmacist brother and two other people believed his sibling was ‘killing people with the Covid shot,’ according to court documents.

Jeffrey Burnham, 46, of Maryland was arrested Friday in the killings of his brother, his sister-in-law and another elderly woman who were found dead in two communities more than 100 miles apart, NBC News reported.

Burnham’s brother Brian Robinette, 58, and his wife Kelly Sue Robinette, 57, were fatally shot in their home in Ellicott City, near Baltimore, police said.

The third victim, Rebecca Reynolds, 83, was found dead the night before in Cumberland, where she allegedly been stabbed to death by Burnham.

Her car was also stolen, reportedly by Burnham, who drove it to his brother’s house before taking his Corvette, DailyMail reported. 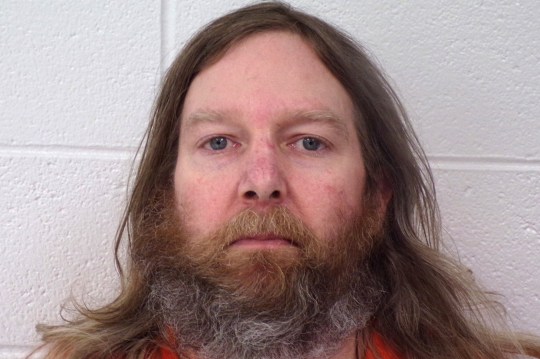 Reynolds was a classmate of Burnham’s mother.

Court documents do not list a suspected motive in the killings, but do state that Burnham’s mother told police he wanted to confront his pharmacist brother about his false belief that the government is poisoning people with the Covid-19 vaccines.

His mother had called the police and said her son believed the FBI was after them, which made her worry about his mental stability. 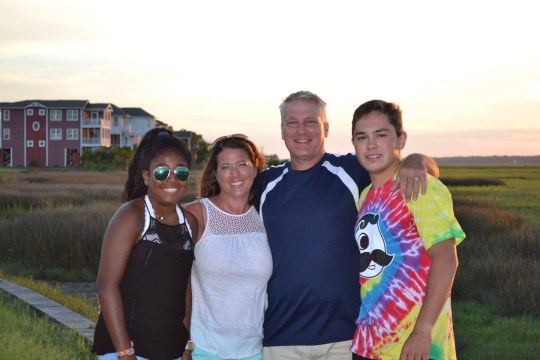 Brian Robinette with his wife, Kelly Sue, and their two children whom they are survived by (Picture: Facebook)

It’s believed that after Burnham took his brother’s Corvette he stopped at someone’s home to ask for gas.

He said that the person would see him on TV and that his brother was ‘killing people with the Covid shot’, according to the charging document. The person whose door he knocked on called state police.

Burnham, who lives in Cumberland, was arrested in West Virginia. When he was arrested, he flagged down a fire department member and confessed to killing three people.

He has been charged with one count of murder and a vehicle theft charge in Allegany County, where he is being held without bail.

Burnham is facing additional murder charges and other counts in Howard County in an ongoing case.

California battered by ‘bomb cyclone’ after nearly a year without rain