Meghan Markle read her children’s book ‘The Bench’ to students at a Harlem elementary school during a visit with Prince Harry today.

The Duke of Cambridge sat cross-legged among students as his wife told the story, which she had never read to any children before other than her own.

Second grade students at PS 123 Mahalia Jackson School in Harlem were treated to a royal surprise as the Sussexes visited as part of their efforts to promote early literacy.

‘I wrote this when we just had our little boy, and I haven’t read it to any other kids but you!’, Meghan told the group of seven-year-olds.

Dressed in head-to-toe red, the Dutchess sat in the playground of the school during her reading.

Meghan said she dedicated her book to ‘the man and the boy who make my heart go pump-pump.’

She explained how the phrase ‘pump-pump’ came from teaching 2-year-old Archie how the heart works. 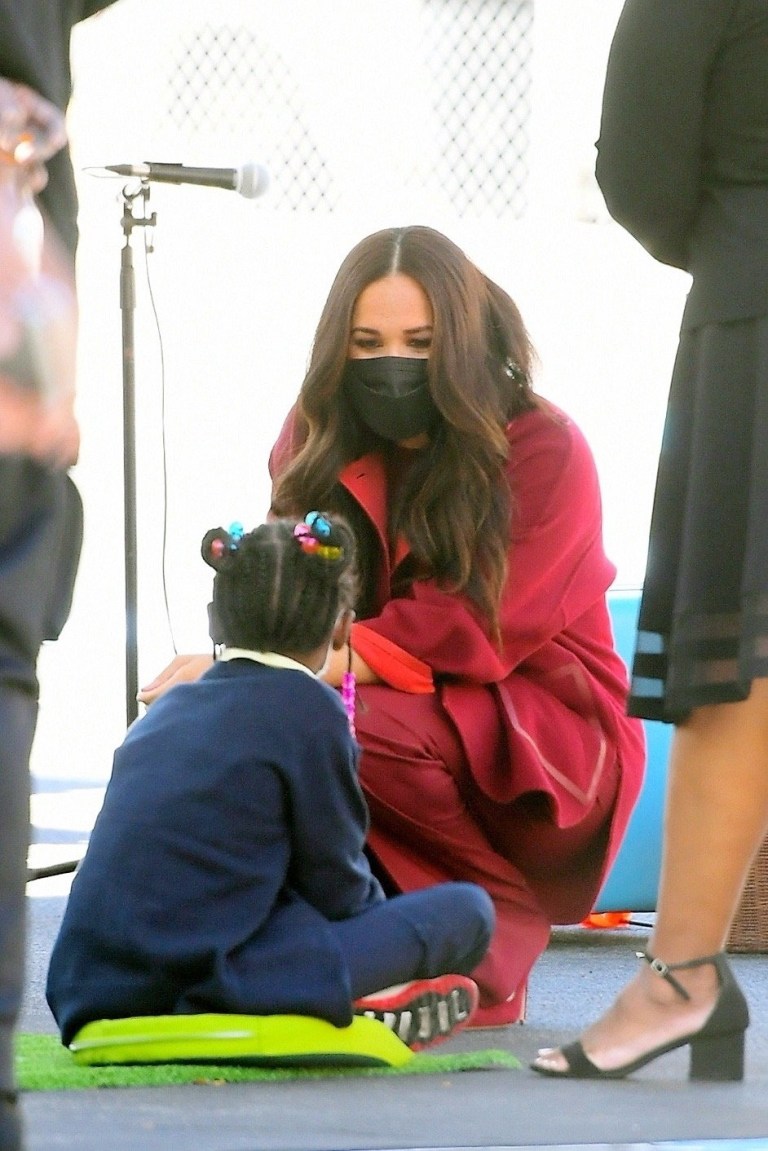 Meghan Markle reads her children’s book to second graders at Harlem’s PS 123 on a visit with Prince Harry (Picture: BACKGRID) 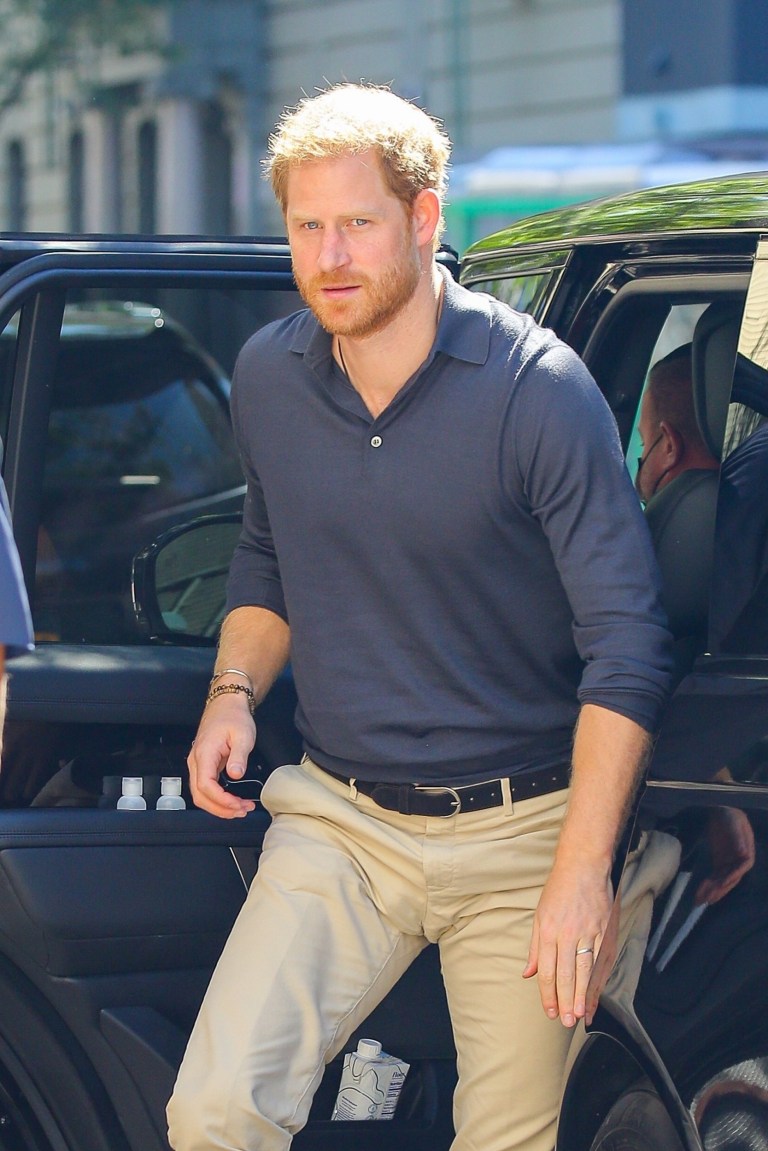 Meghan also explained the idea of representation, something she did intentionally when writing the children’s book.

‘I wanted everyone to be included in this book,’ she said.

The couple were also pictured being shown around the school by Principal Melitina Hernandez, who was accompanied by two student ambassadors.

While being shown a brightly colored mural painted by fourth and fifth grade students Meghan was spotted embracing some students, PEOPLE reported.

Meghan and Harry also donated two garden boxes filled with vegetables and herbs to support the school’s ongoing community efforts and the need for fresh food.

Through the royal couple’s Archewell Foundation’s partnership with Procter & Gamble, they are also providing health products for families at the school as well as a washing machine and dryer for students’ uniforms.

The Duke and Dutchess’s New York City tour began on Thursday with a visit to the One World Observatory at the World Trade Center, joining NYC mayor Bill de Blasio. 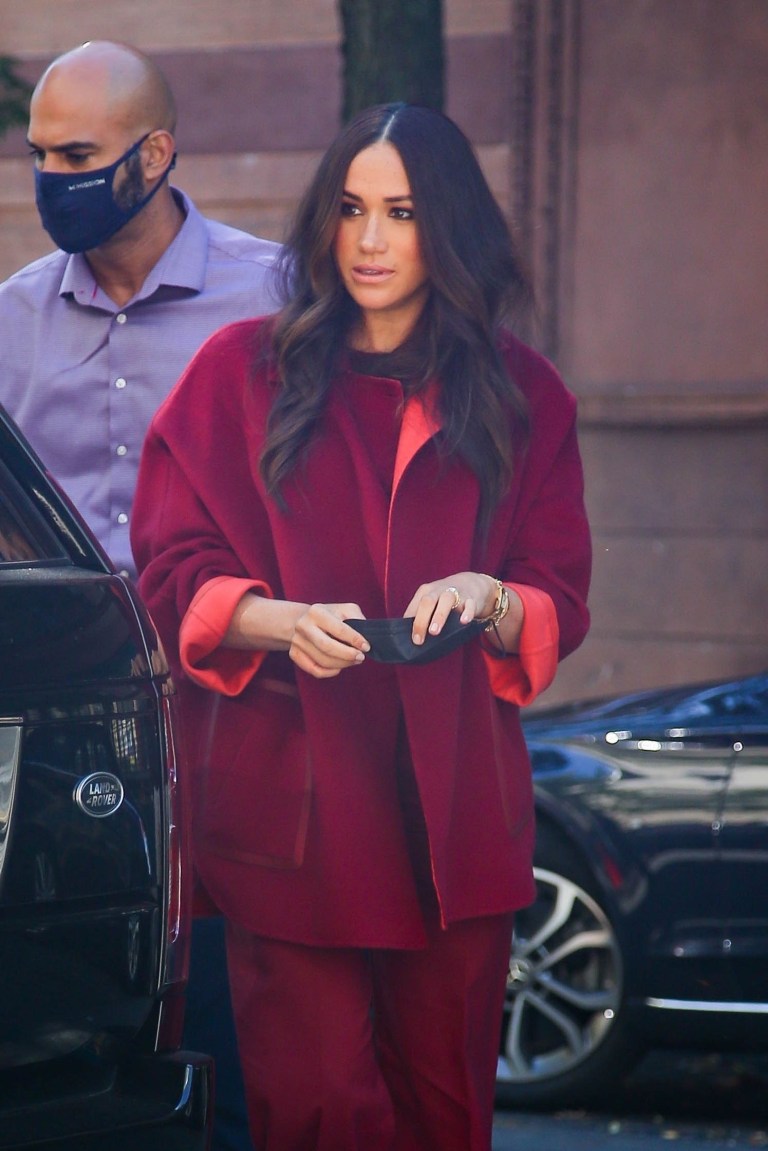 The tour of New York City has been the first time Meghan Markle has appeared at a public event since giving birth to her daughter Lilibet in June. (Picture: BACKGRID)

They also visited the 9/11 Museum and memorial, followed later that afternoon by a meeting with US Ambassador to the UN Linda Thomas-Greenfield.

During their UN meeting there was an ‘important discussion’ on the coronavirus, the Daily Mail reported. They also discussed racial justice and mental health issues.

The tour has been the first time Meghan has appeared at a public event since giving birth to her daughter Lilibet in June.

The couple are next expected to broadcast live from Central Park on Saturday for a Global Citizen Live event to promote Covid vaccine equity.