Newlywed bride ‘killed by drunk driver’ hours after her wedding

A young, newlywed bride died before she could enjoy the rest of her wedding night and life with her high school sweetheart, after an alleged drunk driver hit her car. Angelica Dhondup, 26, married Tenzing last Friday surrounded by family and friends.

The bride and her 20-year-old cousin decided to head home to store her wedding presents and planned to return back to the party, People reported.

But a truck that was heading south on Interstate 15 hit Dhondup’s car traveling north head-on around 1am, according to the Utah Highway Patrol.

Dhondup, who went by the name ‘Jelly’, did not survive the crash. 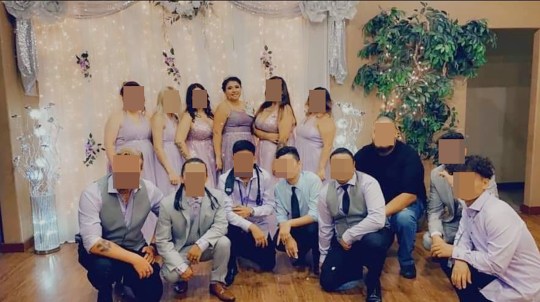 Angelica Dhondup died after being hit by an alleged drunk driver while going with her cousin to drop off wedding gifts at her home (Picture: GoFundMe)

‘She hadn’t even been married a full 24 hours and is leaving behind a widowed husband, 2 young handsome sons and a daughter she was a week away from adopting,’ family members wrote on a GoFundMe page. ‘This has been so unreal.’

As of Monday afternoon, the fundraiser had garnered more than $14,000 in donations.

Dhondup’s cousin who was driving the car survived and was hospitalized and discharged on Saturday afternoon, KSL reported.

Dhondup was the youngest of 11 children, ABC 4 reported, and was remembered at a vigil on Saturday night.

‘She can’t even go to her honeymoon. She can’t even come home to her kids. To think about what he did to somebody on their wedding night, when she just got married five hours ago,’ her best friend Tayler Craft said. ‘I love her so much and it makes me so sad. She’s such a good person, she’s such a good mom.’

According to NBC, the truck driver was a 36-year-old man named Manaure Gonzalez-Rea who was stopped by a motorist. Gonzalez-Rea allegedly stole the motorist’s car and fled the scene.

Gonzalez-Rea was eventually stopped again and arrested and was being investigated for DUI, reckless driving, auto theft, fleeing the scene of a death and vehicular homicide.

Court records confirmed the charges. It did not appear that Gonzalez-Rea had a lawyer.

‘They got to say their “I dos,”’ but they didn’t get to live on for everything else,’ Craft told KSL. ‘They had a whole life planned out together and he just cut it short… Anything could come at any time. Hold your family members close.’