Descendants of ‘cocaine hippos’ once owned by Colombian drug kingpin Pablo Escobar will legally be recognized as people with legal rights in the US (Picture: Getty)

Descendants of hippos once owned by Colombian drug kingpin Pablo Escobar should be legally recognized as people, or ‘interested persons,’ with legal rights in the US, a judge has ruled.

The Animal Legal Defense Fund filed a lawsuit against the Colombian government on behalf of the community of hippopotamuses living in Magdalena River in order to save them from being killed.

Attorneys asked the US district court in Cincinnati to give ‘interested persons’ status to the hippos so that two wildlife experts in sterilization from Ohio could be deposed in the case – a request that has now been granted.

The animal rights group called the ruling a ‘critical milestone’ in the broader fight to ‘recognize that animals have enforceable rights.’ 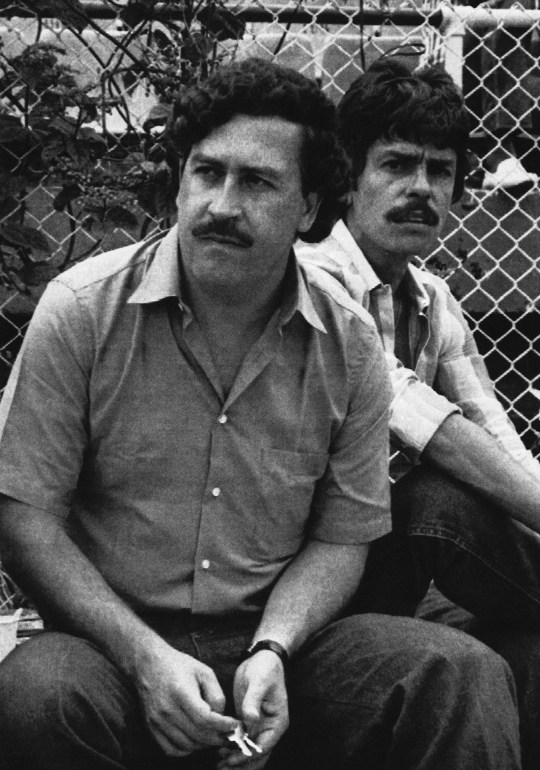 However legal experts in the US say the order won’t carry any weight in Colombia, where the hippos live. Officials there have started sterilizing some of the animals.

‘The ruling has no impact in Colombia because they only have an impact within their own territories. It will be the Colombian authorities who decide what to do with the hippos and not the American ones’, Camilo Burbano Cifuentes, a criminal law professor at the Universidad Externado de Colombia, told CBS News.

The ‘cocaine hippos’ are the descendants of animals Escobar illegally imported to his Colombian ranch in the 1980s when he reigned over the country’s drug trade. After Escobar was fatally shot in 1993, the hippos were left at the abandoned estate.

The population of hippos has grown significantly over the past eight years, from 35 to somewhere between 65 and 80 hippos.

The breed has been able to flourish in the area where they have no natural predators, threatening the region’s biodiversity. 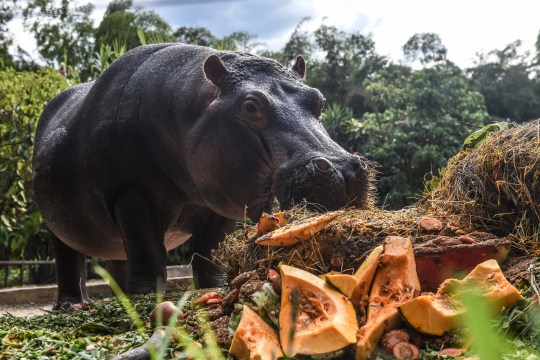 The population of hippos stemming from Pablo Escobar’s ranch has grown to somewhere between 65 and 80 hippos (Picture: Getty Images) 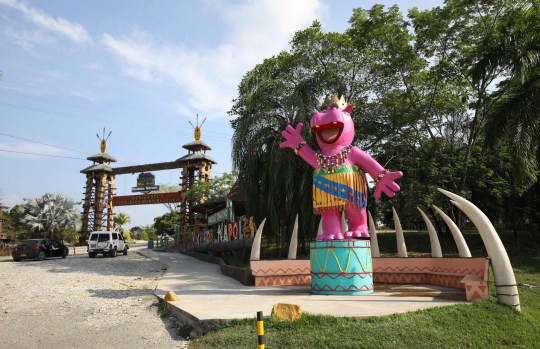 A statue of a hippo greets tourists at Hacienda Napoles Park in Puerto Triunfo, Colombia, a private zoo with illegally imported animals that once belonged to Pablo Escobar (Credits: AP)

The animal rights group’s attorneys have argued the case is also significant because advocates for the animals can bring lawsuits to protect their interests in Colombia since they are now considered ‘interested persons,’ in the US.

Christopher Berry, the group’s lead attorney, called it a narrow but profound ruling.

‘This really is part of a bigger movement of advocating that animals’ interest be represented in court,’ he said. ‘We’re not asking to make up a new law. We’re just asking that animals have the ability to enforce the rights that have already been given to them.’

It’s believed this is the first time animals have been declared legal persons under US law. Animals have previously been granted legal rights in India, Pakistan and Argentina courts.