A multi-millionaire real estate heir denied killing his best friend as he took the stand to defend himself in a Southern California courtroom.

Robert Durst, 78, the subject of a popular HBO crime documentary, detailed a long list of health issues and recalled the trauma he faced following his mother’s death on Monday.

He is accused of slaying crime writer Susan Berman with a shot to the back of her head in 2000.

Prosecutors claim he murdered her to stop her revealing what she might have known about the unsolved disappearance of his wife two decades earlier.

Durst has never been charged and denies involvement in the presumed killing of wife Kathleen McCormack Durst, whose body was never found.

Sitting in a wheelchair wearing an L.A. County jail uniform, he replied ‘no’ when asked directly by his defence attorney if he killed Berman – despite an alleged confession in the final episode of The Jinx.

Speaking in a voice weakened from surgery for esophageal cancer, he told Los Angeles Superior Court he did not know who was responsible.

The elderly man denied claims that he was faking ill health to generate sympathy from the jury. 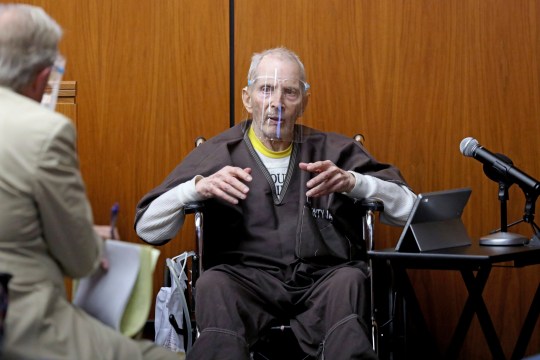 He added that he had undergone surgery for esophageal and bladder cancer and said a shunt relieves pressure on his brain.

The real estate tycoon said he bonded with Berman when he met her at the University of California Los Angeles in 1966 as they were both ‘rich’ and had lost their parents.

Remembering his mother’s death, he said she had jumped from the roof of his childhood home in New York when he was seven, MailOnline reports.

He said: ‘I did not see whether she jumped or fell … I saw her on the roof. I waved at Mommy on the roof.

‘Then, I was walked to my bedroom and shortly thereafter, I heard my father yell.’

The suspected killer admitted he blamed his father Seymour for his mum’s death and had run away because he ‘hated the house’. 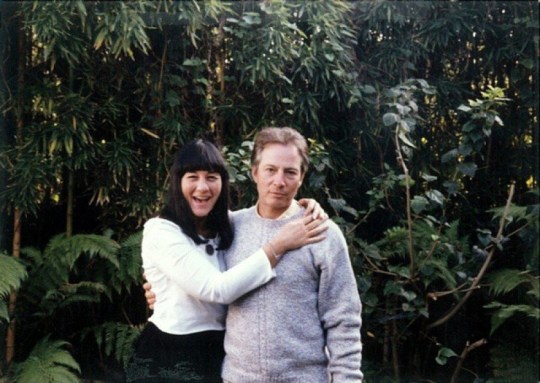 Berman and Durst first met at the University of California Los Angeles in 1966 (Picture: Sareb Kaufman/Courtesy of HBO) 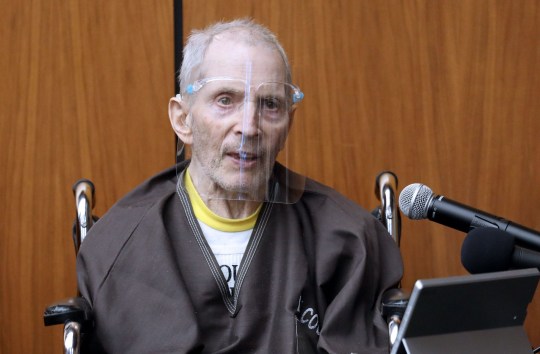 Psychiatric problems meant he avoided getting drafted to serve during the Vietnam War, he said.

Durst faces a maximum sentence of life in prison after the Covid pandemic delayed his trial for more than a year.

Court has been adjourned until Wednesday when the trial will continue.

Covid: Anti-vaxxer asks for prayers after contracting the virus

Laura Loomer is a far-right activist who briefly won the support of Donald Trump (Picture: Getty)A far-right conspiracy theorist who...