Stepmother wailed on learning she faces execution for killing toddler 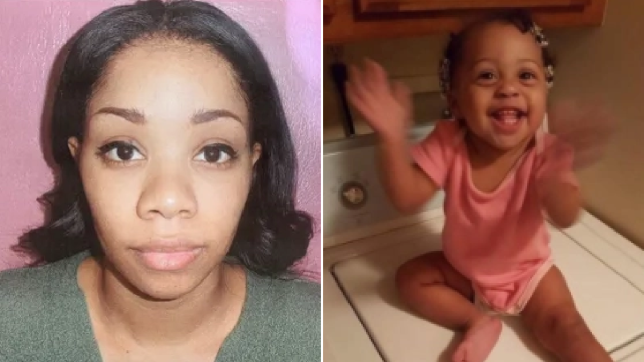 T’Kia Bevily, left, faces the death penalty after being convicted of the capital murder of 14 month-old stepdaughter Jurayah Smith, right

A ‘jealous’ stepmother wailed on learning she faces the death penalty after being convicted of torturing her husband’s toddler daughter to death. T’Kia Bevily screamed with shock on being convicted of the October 2017 capital murder of Jurayah Smith by jurors in Port Gibson, Mississippi, on Friday.

She will be sentenced at a later date.

Bevily’s mother Audrey Grey Smith – who maintains her daughter’s innocence – shared a dramatic recollection of the verdict on Facebook after. She wrote: ‘But when I heard her say T’KIA BEVILY HAS BEEN FOUND GUILTY OF CAPITOL MURDER! My Lord.

‘To hear my baby cry out loud! While they sat there smugly and most cheered while my baby was convicted of a crime she didn’t commit!’ Smith rubbished the prosecution’s argument that her daughter killed Jurayah because she was jealous of the baby’s bond with her father.

She also claimed jurors had been barred from hearing vital medical evidence that could have cleared her daughter’s name. 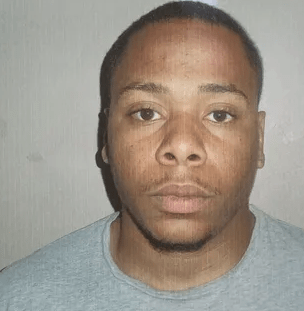 Jurayah’s father Morris Bevily, pictured, is due to stand trial for capital murder from February 1

Jurayah died aged 14 months while in the care of Bevily and her husband Morris Bevily. The youngster’s father’s capital murder trial is due to begin on Monday.

The little girl was found to have died of three blunt-force wounds to her head, although investigators have not shared further information about how those wounds were inflicted.

T’Kia Bevily’s mother has disputed claims her daughter was responsible for the wounds that killed Jurayah.

Jurayah’s mother DeDreuna Smith shared her relief after the guilty verdict. She told WAPT: ‘Knowing that the person responsible for the homicide of my precious Jurayah is being held accountable for their actions brings a feeling of relief over my whole family.’