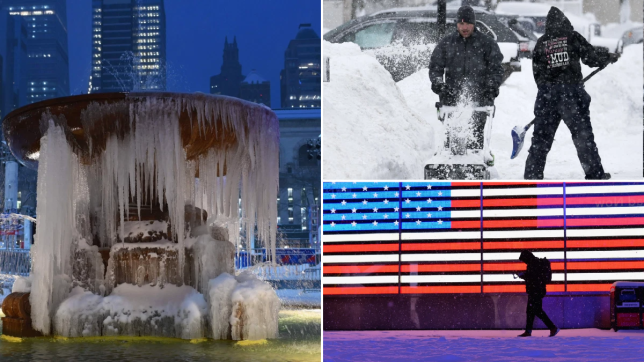 Storm Orlena is forecast to dump up to 24 inches of snow over the next 24 to 36 hours (Picture: Getty/EPA)

Violent blizzards and forecasts of more than 18 inches of snow have led to a state of emergency being declared along part of the United States east coast as Storm Orlena roars in.

The Arctic blast slammed into New York, New Jersey, Philadelphia and parts of the Midwest overnight on Sunday into Monday and comes with promises of up to 24 inches of snow.

If forecasts hold, the deluge may enter the record books as the heaviest snowfall to hit part of America in more than 100 years.

Governors in New York City, New Jersey and Pennsylvania have all declared states of emergencies with several inches of snow having already fallen in New York and the North East.

Covid vaccination sites have had to close as Orlena is predicted to bring wind gusts up to 55mph. The wind will be coupled with ice-cold temperatures and more than 24 hours of solid snow fall.

More than 100 million people live in the storm’s path and around 1,500 flights have been canceled in preparation for inevitable disruption.

New Yorkers have been ordered to stay at home and to not make any unnecessary journeys as the storm threatens to cause dangerous traveling conditions.

The snowfall and winds are expected to ease into Tuesday afternoon.

January 2016 saw New York experience its worst snowfall in history when more than 27 inches was recorded. 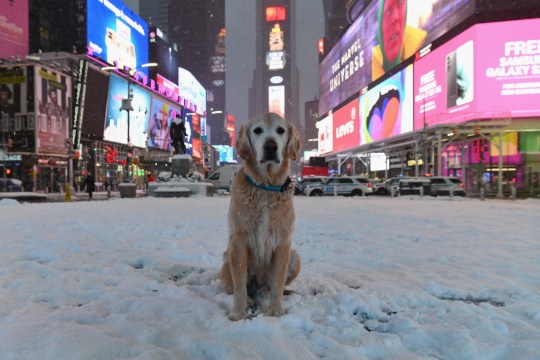 A dog sits in Times Square during a winter storm on February 1, 2021 in New York City (Picture: Getty Images) 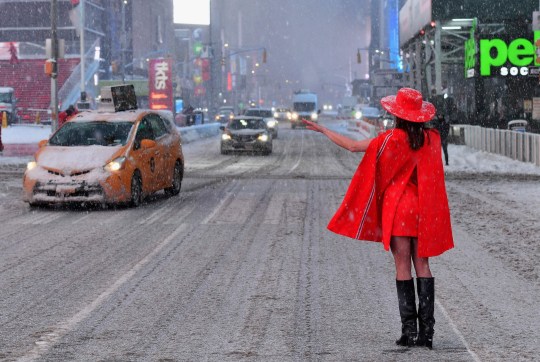 A woman stands in the snow at Times Square during the storm in New York City (Picture: Getty) 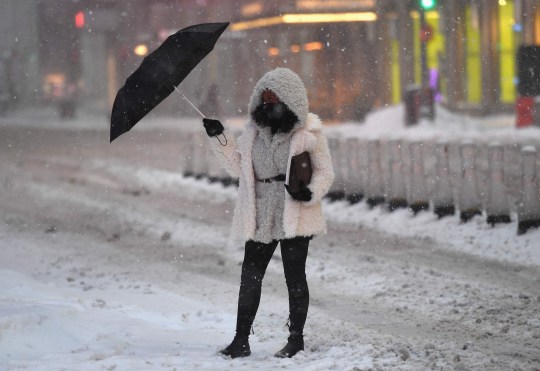 The storm is expected to bring blizzards and heavy snow (Picture: Getty Images) 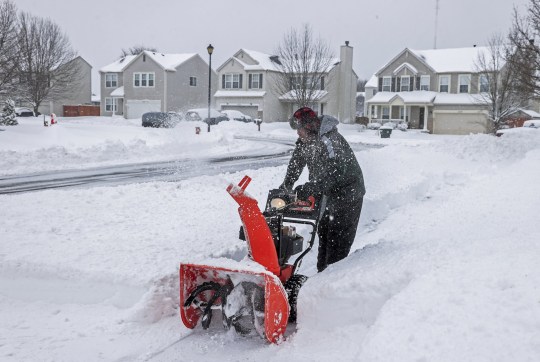 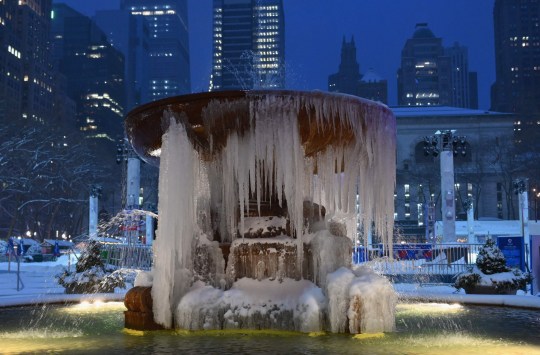 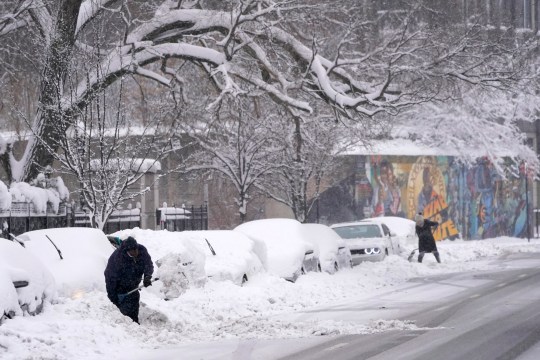 Residents in the Bronzeville neighborhood of Chicago, dig their cars out Sunday (Picture: AP) 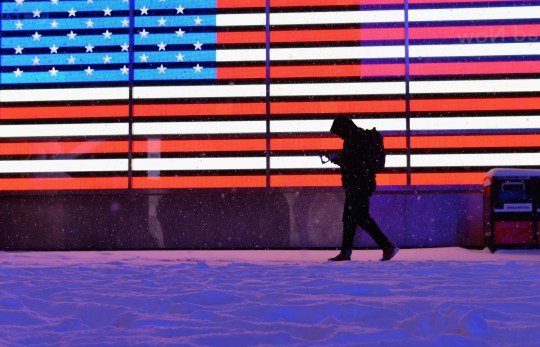 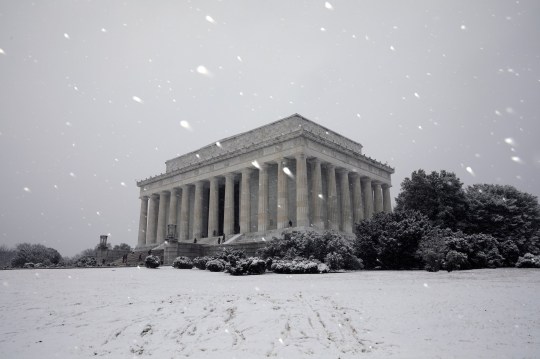