Utah: Woman terrified of animals after lip ripped off in dog attack

Marie Fast, 48, has been scarred for life after her ordeal (Picture: Kennedy News and Media)

A woman has been left traumatised after her lip was torn off in a horrific dog attack – leaving her screaming in agony and scarred for life.

Dog lover Marie Fast, 48, is now terrified of animals after her ordeal in Salt Lake City, Utah, US, in September.

Marie was talking to the dog’s owner, who was trimming hedges in the area, when she bent down to pet the animal.

It attacked without warning, lunging at her before sinking its teeth into her face and completely ripping off her upper lip.

Marie, a janitor, was rushed to hospital and went under the knife for reconstructive surgery.

Her sister, Kasja Sparks, told how surgeons are trying to rebuild her lip – but ‘there isn’t much left of it’.

‘It has bitten completely through her upper lip and she has marks around her face. It just looks like the dog has lunged and grabbed her lip,’ Kasja, 45, said.

‘It was just a bloody mess, it looked like ground meat. She’s scarred for life. 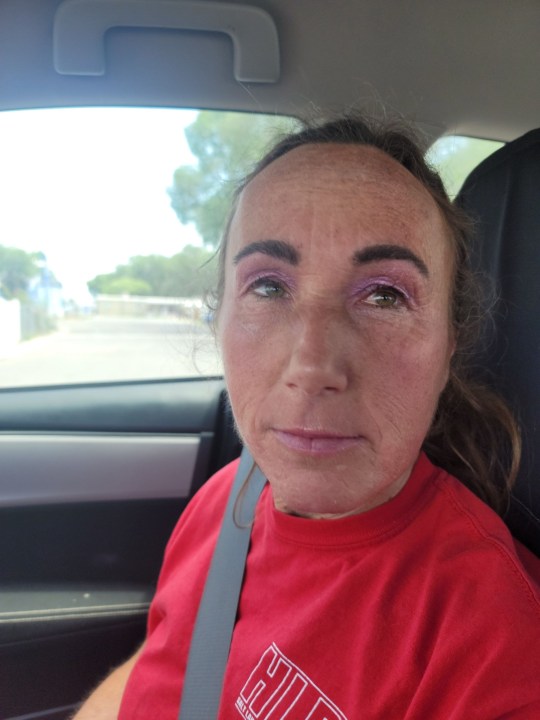 Marie Fast prior to her ordeal in September, which has left her traumatised (Picture: Kennedy News and Media)

‘She was in so much pain for days and she couldn’t eat or drink.

‘She was drinking soup through a straw for three weeks.’

‘The guy told her the dog’s name so she got down to its level and that’s when the dog just lunged and attacked her,’ she said.

‘It ripped off her upper lip and the guy grabbed his dog and left. Marie was on the ground screaming and crying.’

Marie has not been able to identify the dog but described it as ‘big and brown’, Kasja said. 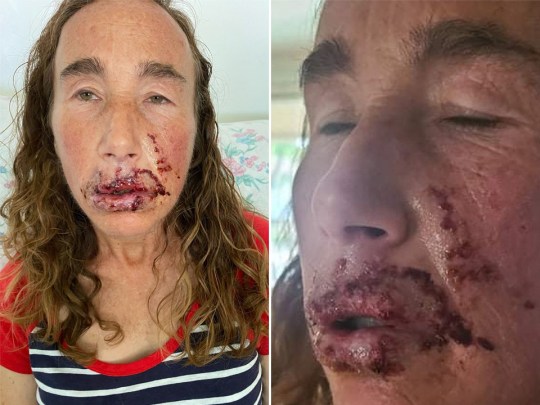 She has had two operations but will need further surgery costing her family thousands.

‘Marie doesn’t respond to pain the same way as everyone else,’ Kasja added.

‘She has a high pain tolerance because she doesn’t recognise the feeling as pain so for her to say “it’s painful” it must have really hurt.

‘They’ve tried to pull the skin above the lip down but it’s obviously a different colour.

‘They’re trying to rebuild what a lip would look like.’

Usually upbeat and positive, Marie has been left depressed after the devastating attack.

‘She loves animals and now she won’t go near them,’ Kasja said.

‘She hasn’t been near a dog since because she gets so nervous around them. She has mini panic attacks if she sees one.’

Kasja has launched a crowdfunding campaign to help raise money for her treatment – for more information and to donate click here.

Grayson Matthew was hit by a stray bullet in Atlanta (Picture: WSB-TV)A young baby was shot and killed on Monday,...

US puts 8,500 troops on standby to be deployed amid Russia tensions