It’s the third time in a month the launch has been delayed (Picture: NASA/ Getty)

NASA has postponed the launch of its new moon rocket Artemis I for ‘a few weeks’ following concerns of a tropical storm that’s expected to become a major hurricane.

The delay is the third in the past month to befall the space agency’s flagship lunar shuttle, which was originally due to take part in an unmanned test flight on September 9.

Hydrogen fuel leaks and other technical issues were said to have caused the previous cancellations.

Currently rumbling somewhere in the Caribbean, Tropical Storm Ian is expected to become a hurricane by Monday and slam into Florida’s Gulf coast by Thursday.

The entire state, however, is in the cone showing the probable path of the storm’s centre, including Nasa’s Kennedy Space Centre.

Given the forecast uncertainties, Nasa decided on Saturday to forgo Tuesday’s planned launch attempt and instead prepare the 322ft (98 metres) high rocket for a possible return to its hangar.

Managers will decide on Sunday whether to haul it off the launch pad.

If the rocket remains at the pad, Nasa could try for an October 2 launch attempt, which would be the last opportunity before a two-week blackout period. 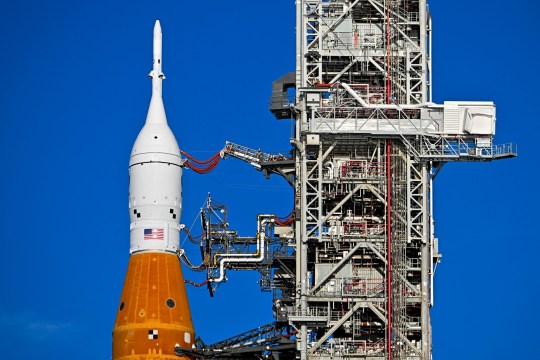 If both lunar test flights are successful it will pave the way for the first manned expedition to the moon since 1972 (Picture: Getty)

But a rollback late on Sunday or early Monday likely would mean a lengthy delay for the test flight, possibly pushing it into November.

‘We do not launch until we think it’s right’ said Nasa chief Bill Nelson, before saying such delays were ‘just part of the space business.’

‘We’ll go when it’s ready. We don’t go until then, and especially on a test flight because we’re going to stress this and test it, and test that heat shield and make sure it’s right before we put four humans up on the top.’

‘Although the [next launch] window opens in early October, I suspect it’ll be more like the middle,’ he added. 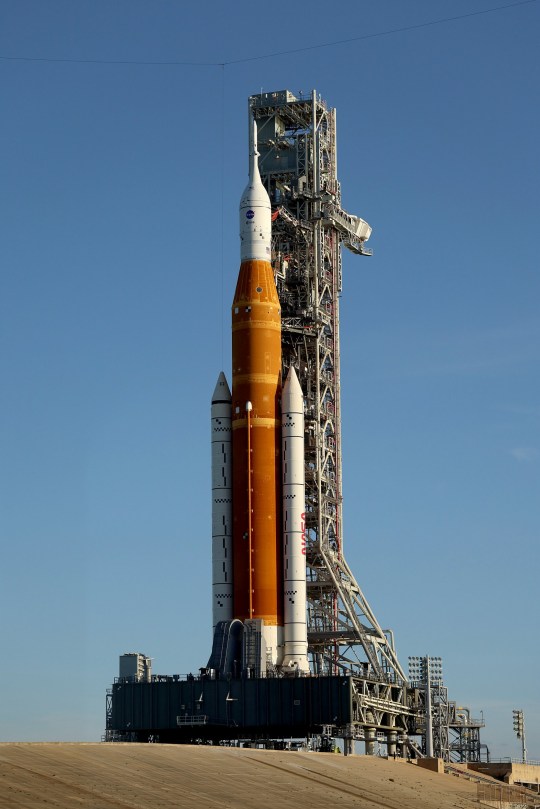 The shuttle was previously delayed due to a hydrogen fuel leak and other technical concerns (Picture: Getty)

The move comes as the space agency looks to send another crew of astronauts to the moon for the first time since 1972 in order to demonstrate the progress made in space travel during that time.

The current 38-day mission, to 40,000 miles beyond the moon and back, is uncrewed, but must be successful before astronauts can board a second test flight planned for 2024.

If those flights both pass their test runs then it clears the way for astronauts to take part in a two-person moon landing expedition expected to take place sometime in late 2025.