A CAPSULE with samples from an asteroid that may hold the secrets to life on Earth has landed in Australia after a 3 BILLION mile journey that lasted six years.

Japan’s Hayabusa2 spacecraft successfully released the small capsule and let it plummet towards Earth after collecting samples from a distant asteroid named Ryugu. 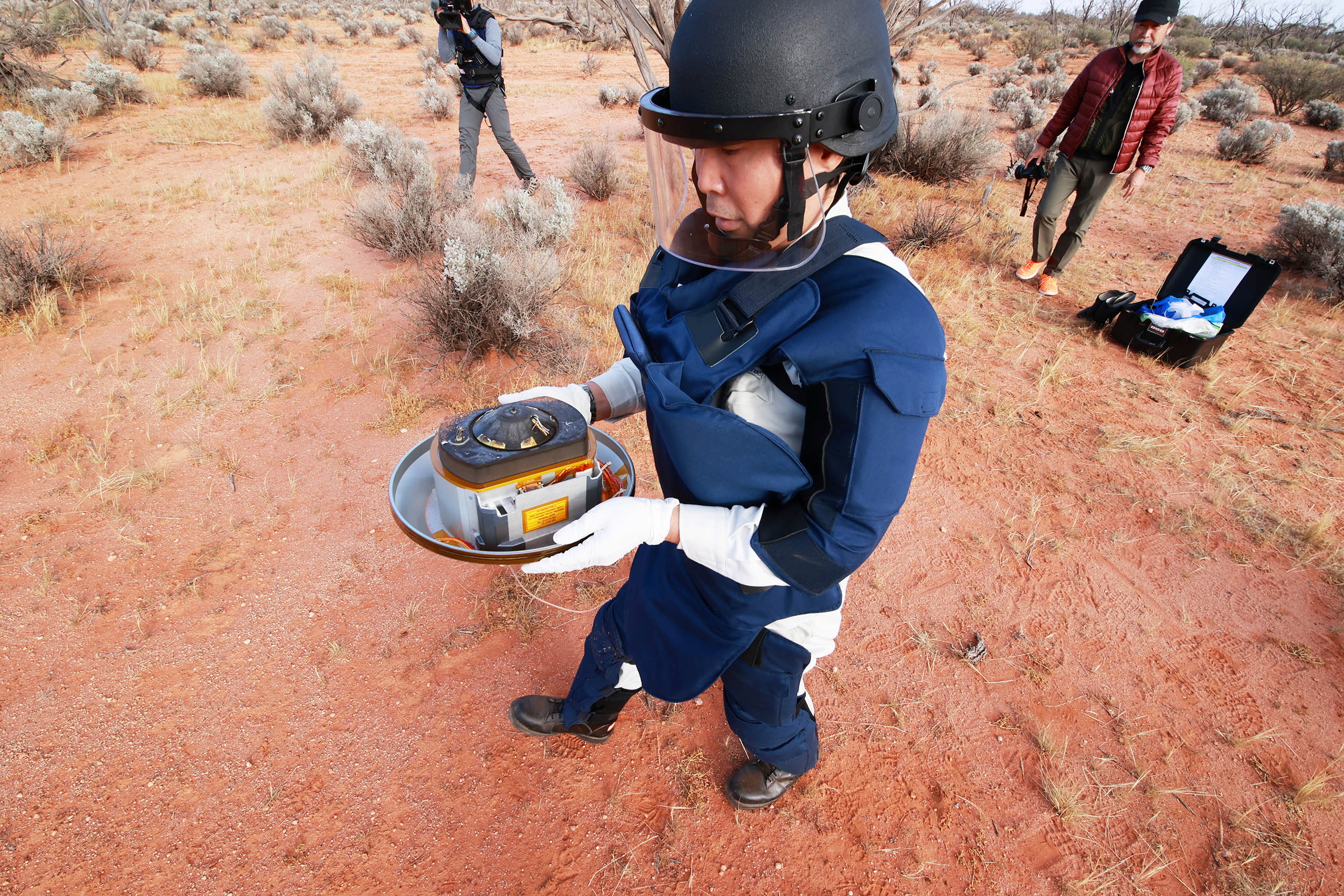 After sunrise, staff picked up the pan-shaped capsule, which is about 15in in diameterCredit: Reuters 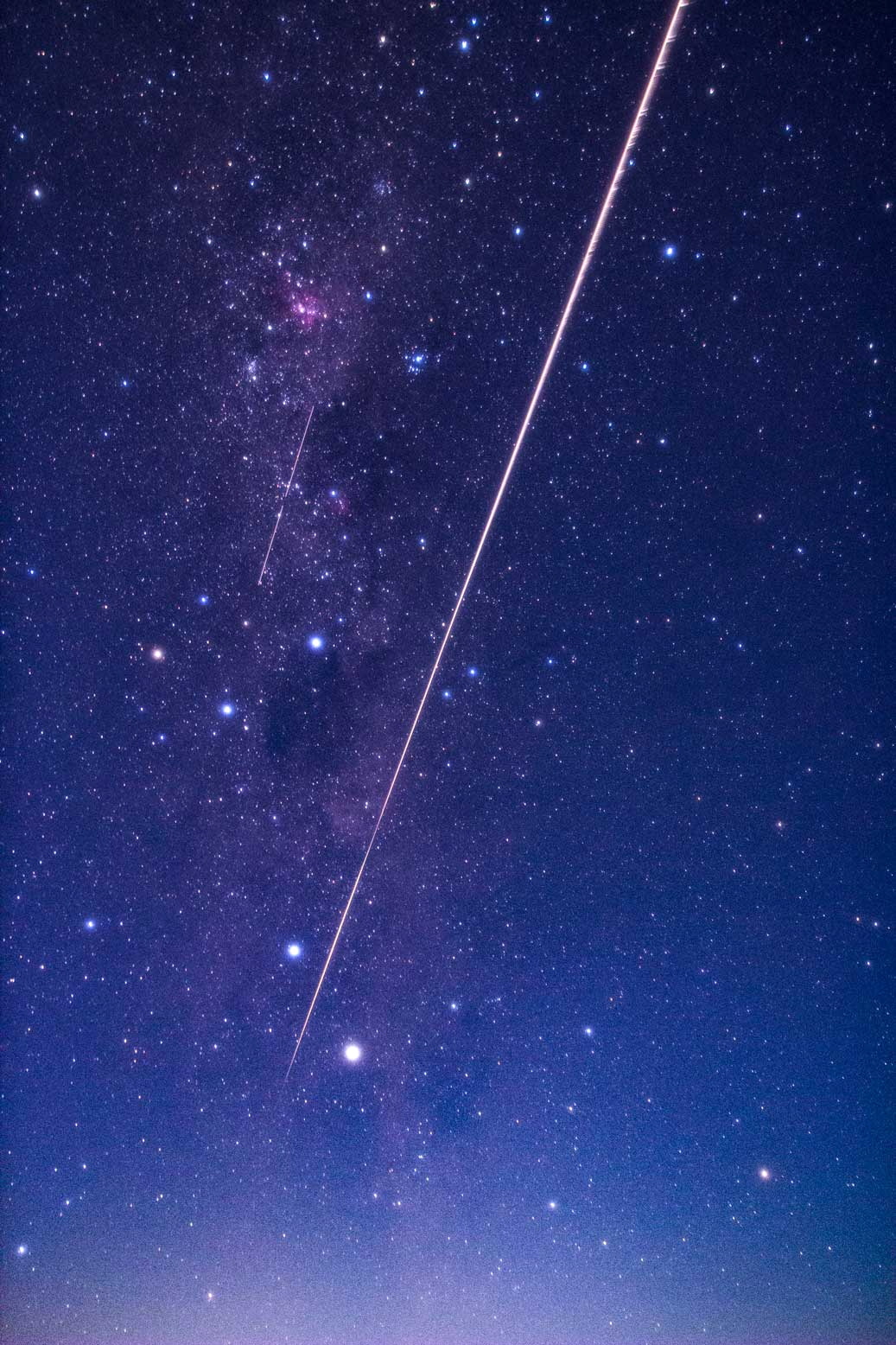 When the capsule re-entered the atmosphere 75 miles above Earth, it briefly turned into a fireballCredit: EPA

The samples could provide clues to the creation of our solar system and life on earth.

When the capsule re-entered the atmosphere 75 miles above Earth, it briefly turned into a fireball.

Japan Aerospace Exploration Agency’s staff went to southern Australia to collect the capsule this morning after it made its 3.2 billion-mile journey.

Jaxa official Akitaka Kishi said signals detected by the agency tracked the capsule down to the remote, sparsely populated area of Woomera, Australia.

After sunrise, they picked up the pan-shaped capsule, which is about 15in in diameter.

Hayabusa2 left the asteroid Ryugu – which is about 180 million miles away – a year ago.

The capsule, called “a treasure box” by some commentators, descended from 136,700 miles away in space after it was separated from Hayabusa2 to reach our planet.

Australian National University space rock expert Trevor Ireland, who is in Woomera for the arrival of the capsule, said he expected the Ryugu samples to be similar to the meteorite that fell in Australia near Murchison more than 50 years ago.

He said: “The Murchison meteorite opened a window on the origin of organics on Earth because these rocks were found to contain simple amino acids as well as abundant water.

“We will examine whether Ryugu is a potential source of organic matter and water on Earth when the solar system was forming, and whether these still remain intact on the asteroid.”

Scientists believe that the samples will contain valuable data unaffected by space radiation and other environmental factors. 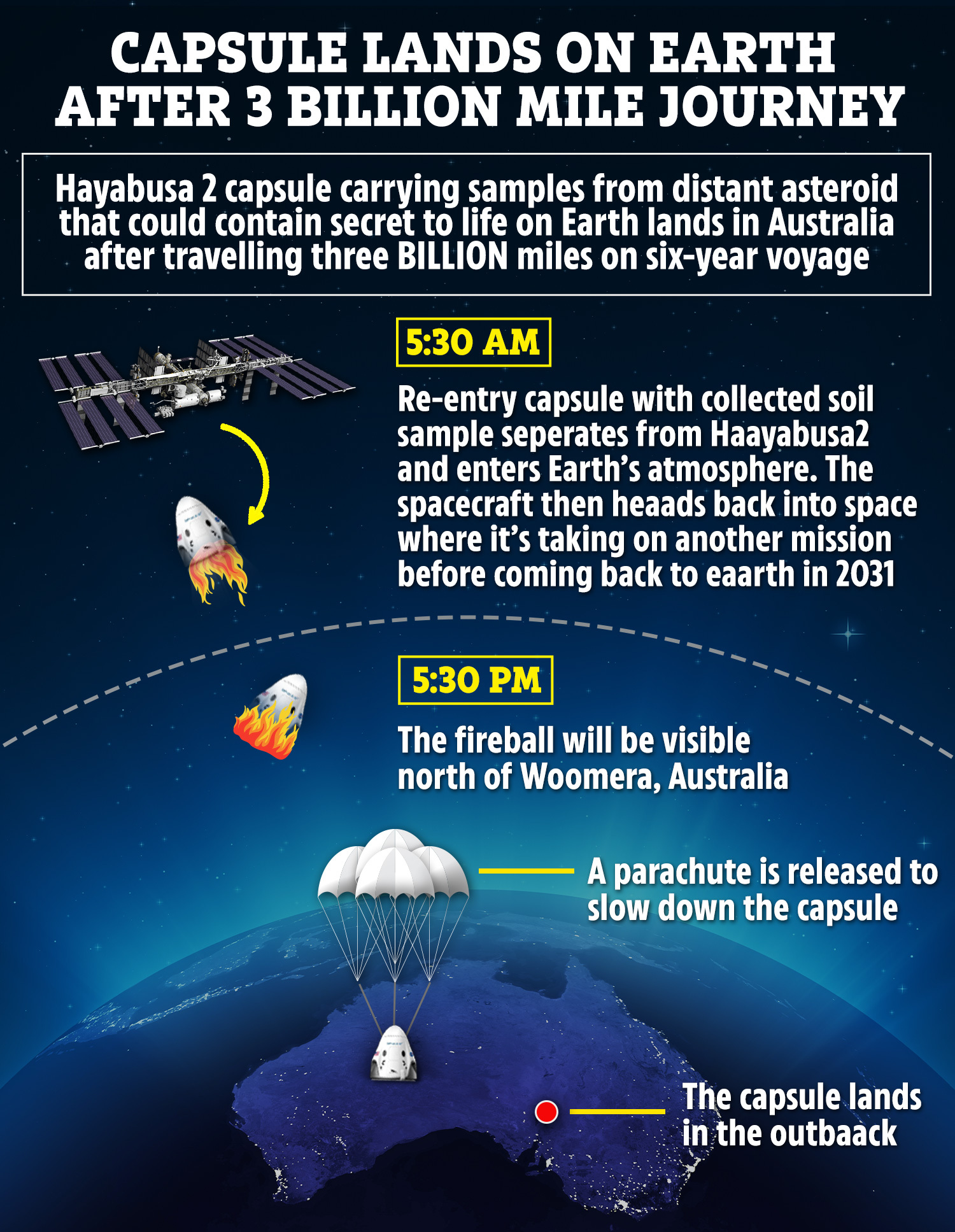 They could even tell us how materials are distributed in the solar system and are related to life on Earth.

And mission managers said just 0.1 grams of the dust would be enough to carry out all of the research the scientists have planned to do.

Hayabusa2 is now heading to a small asteroid called 1998KY26 on a journey set to take 10 years.

Asteroids, which orbit the sun but are much smaller than planets, are among the oldest objects in the solar system.

This means they can hold the clues as to how the Earth was formed.

Astronomer Brad Tucker said advancing technology had allowed space missions to regularly land on objects in space and return back to Earth successfully.

Dr Tucker said such missions were allowing scientists to “get our hands dirty and learn a lot about the solar system and our own planet.”

He added: “Future space travel and exploration missions are going to need to be able to extract resources in space.

“Missions like Hayabusa2 are laying the groundwork for this endeavour.” 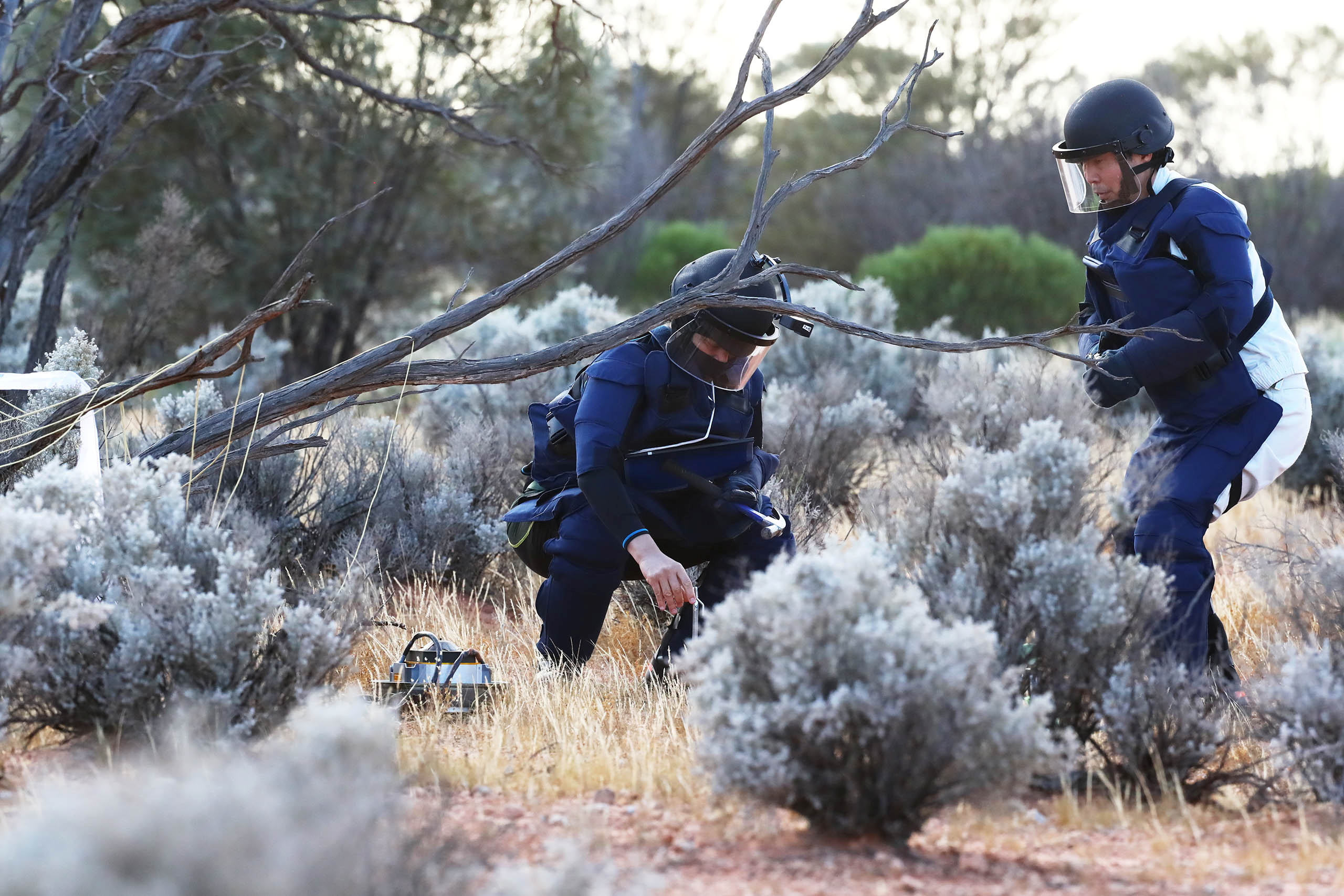 Staff have tracked down the capsule Credit: Reuters 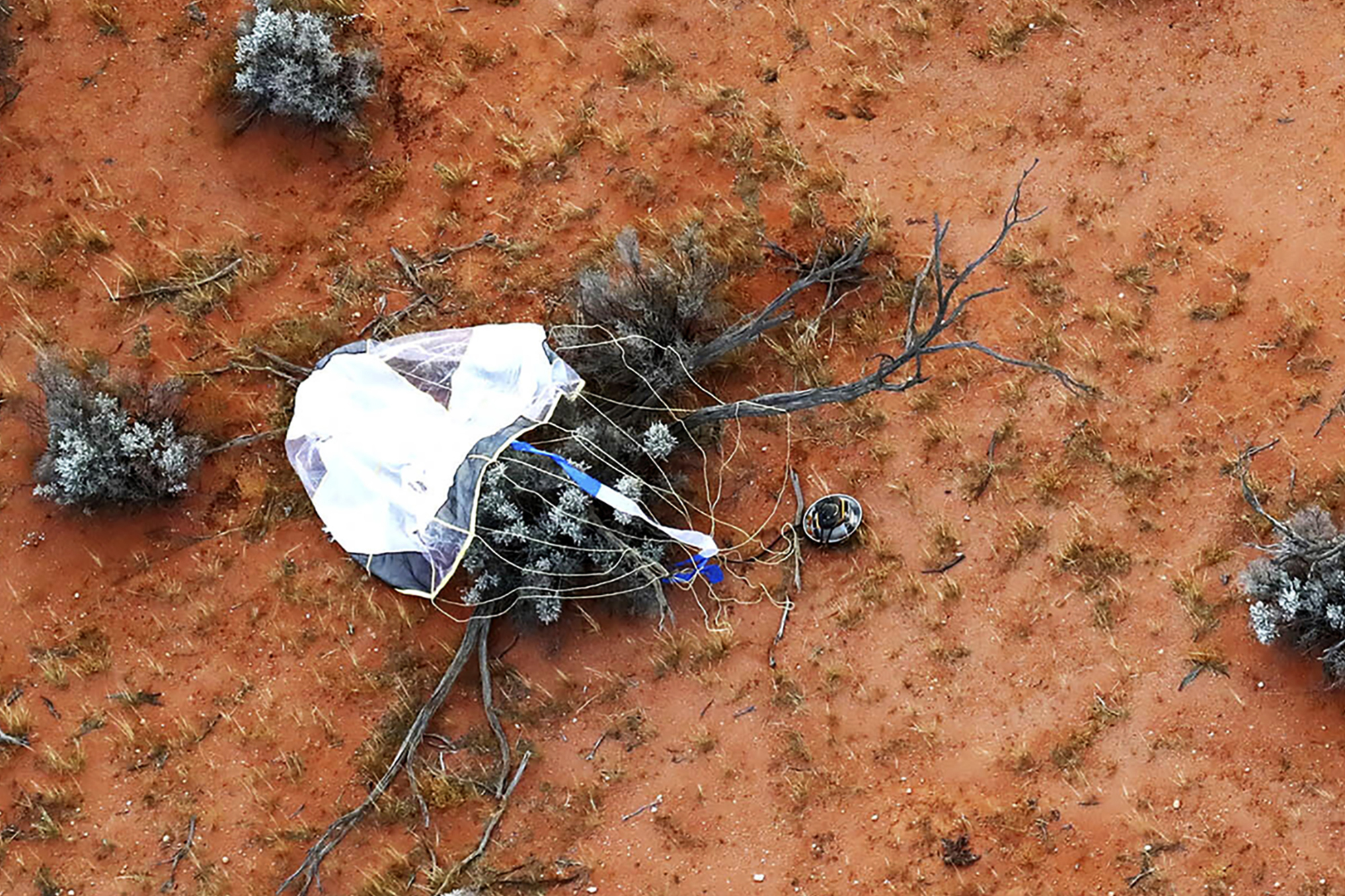 The mission will hopefully lead to some scientific discoveries Credit: AP:Associated Press 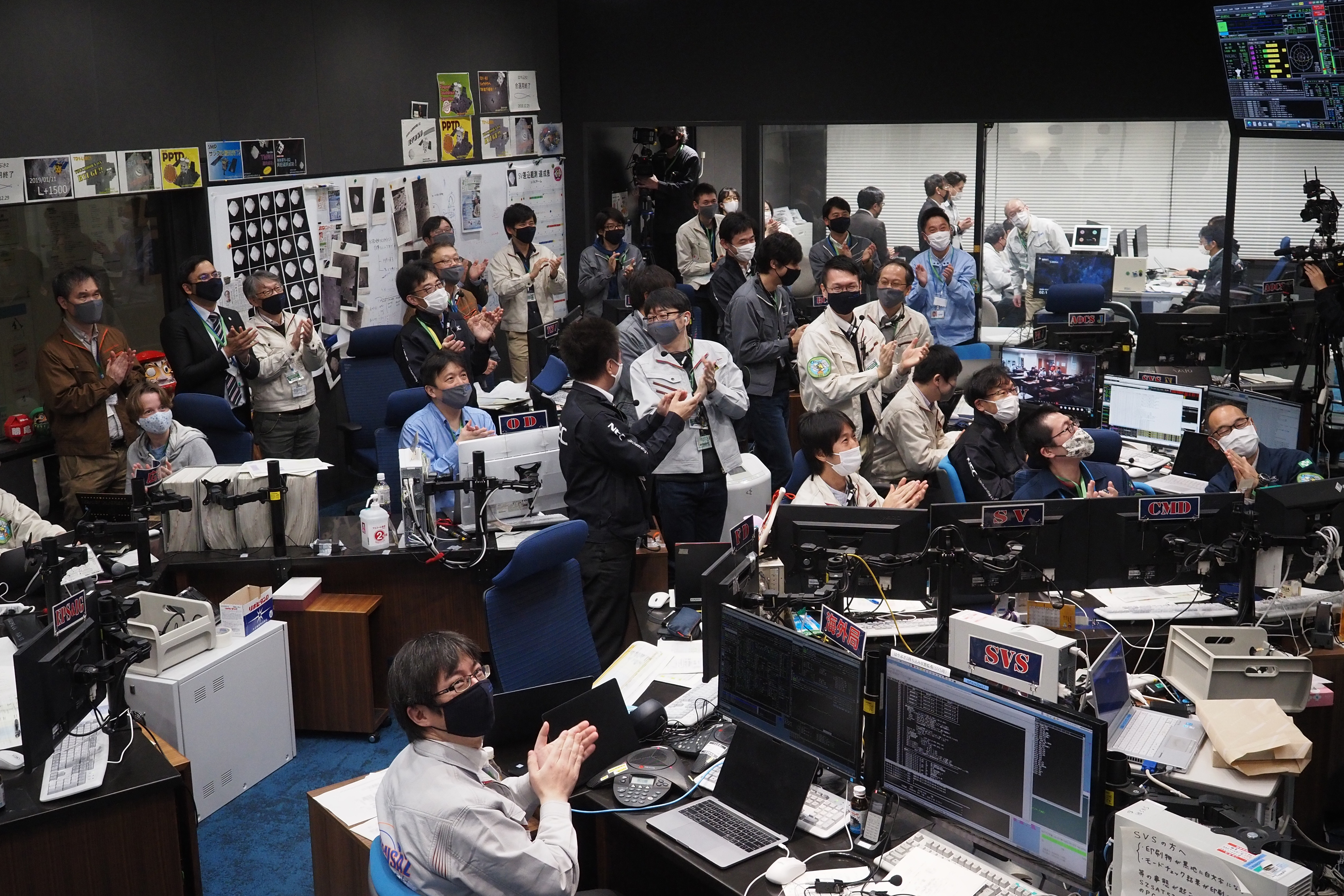 Hayabusa2 is now heading to a small asteroid called 1998KY26 on a journey set to take 10 yearsCredit: AP:Associated Press 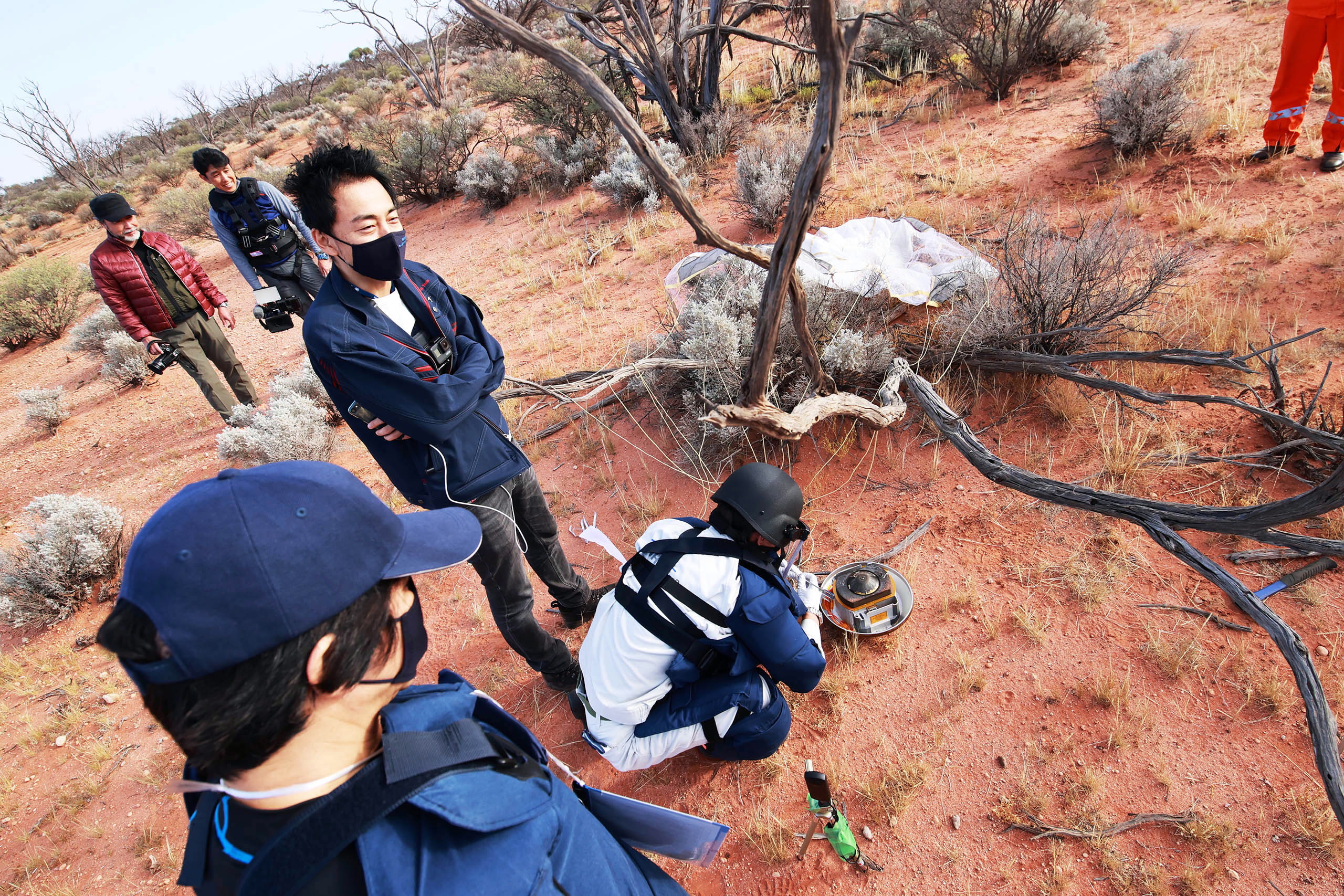 Hayabusa2 left the asteroid Ryugu – which is about 180 million miles away – a year agoCredit: EPA