SPACEX has completed a key test of its new Starship rocket that the firm hopes will one day carry astronauts to the Moon and Mars.

The “static fire” was the fourth such test performed by SpaceX’s eighth prototype, called SN8.

Static fires involve lighting the engines up while the spacecraft remains stationary on the ground to collect vital data ahead of full flights.

Following the not-so-lift-off, Musk, 49, said SN8 could go on to make its maiden flight, blasting up to nine miles high as soon as next week.

Describing the manoeuvres the spacecraft will perform during the unmanned voyage, he tweeted on Tuesday: “Goals are to test 3 engine ascent, body flaps, transition from main to header tanks & landing flip.” 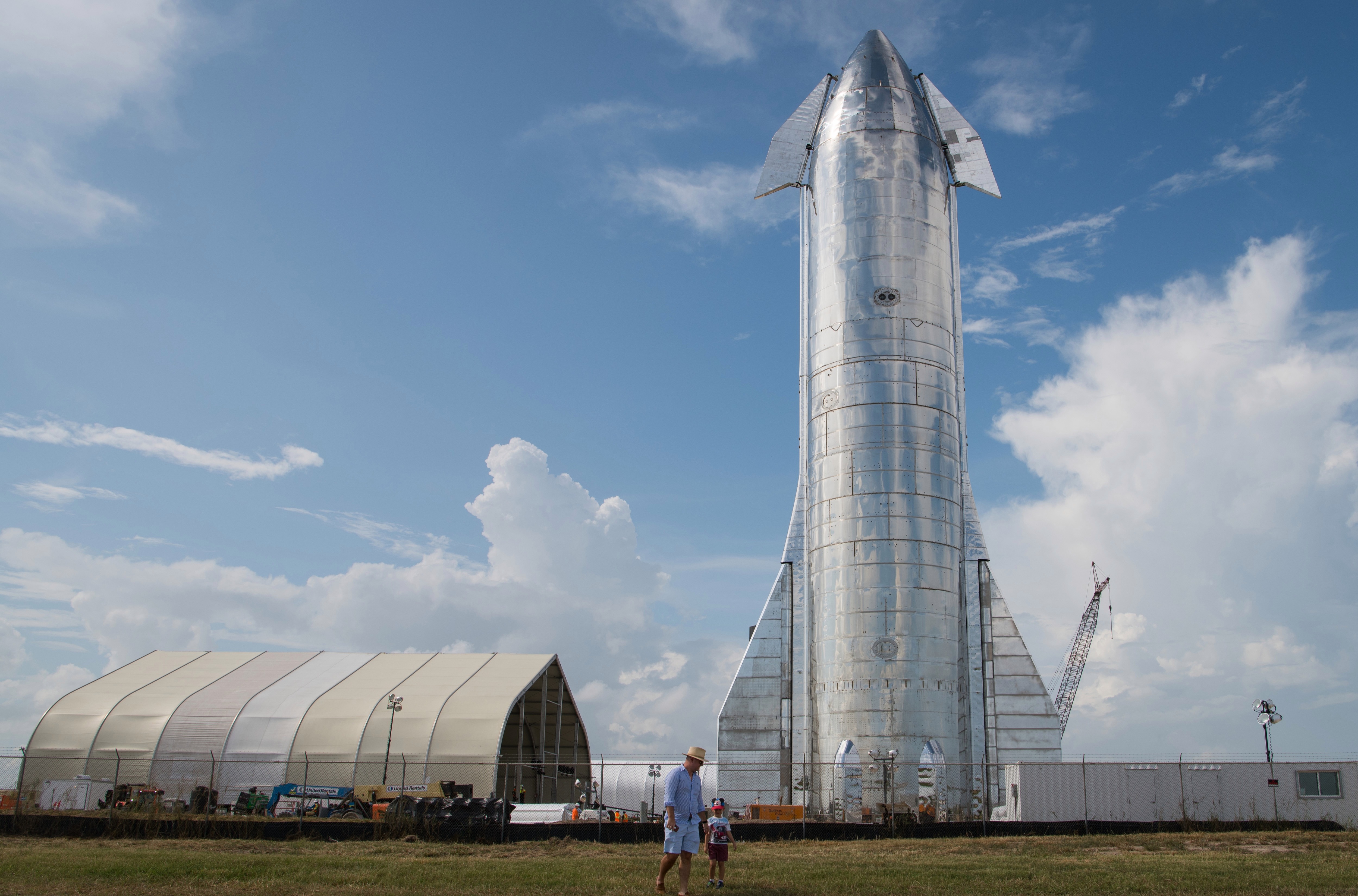 Starship is the next generation of SpaceX rocket designed for long-distance trip to faraway worlds.

Musk hopes to use the rocket to launch astronauts to the Moon and Mars within the next decade, and to set up a Martian colony by 2050.

It’s still in the early stages of development, and trial “launches” throughout this year have taken the form of short hops of a few hundred feet.

The rocket’s next trial will involve a full flight launched from SpaceX’s Starship facility near Boca Chica in South Texas.

The SN8 prototype will fire 15km (9.3-mile) into the air under three Raptor engines before touching back down on Earth.

Writing on Twitter on Tuesday, Musk said there was only a one-in-three chance the rocket will make it back to Texas in one piece.

Billionaire Musk, who is also CEO of Tesla, hopes to send a million people to Mars in his lifetime using a 1,000-strong fleet of the powerful rockets.