A LOST German artillery gun from the first world war has been uncovered by stunned Canadian builders, an estimated 4,000 miles from where it was last fired.

A construction crew unearthed the Feldkanone 96 beneath the pitcher’s mount of a former baseball field in Amherstburg, Ontario, on the planned site of a new school. 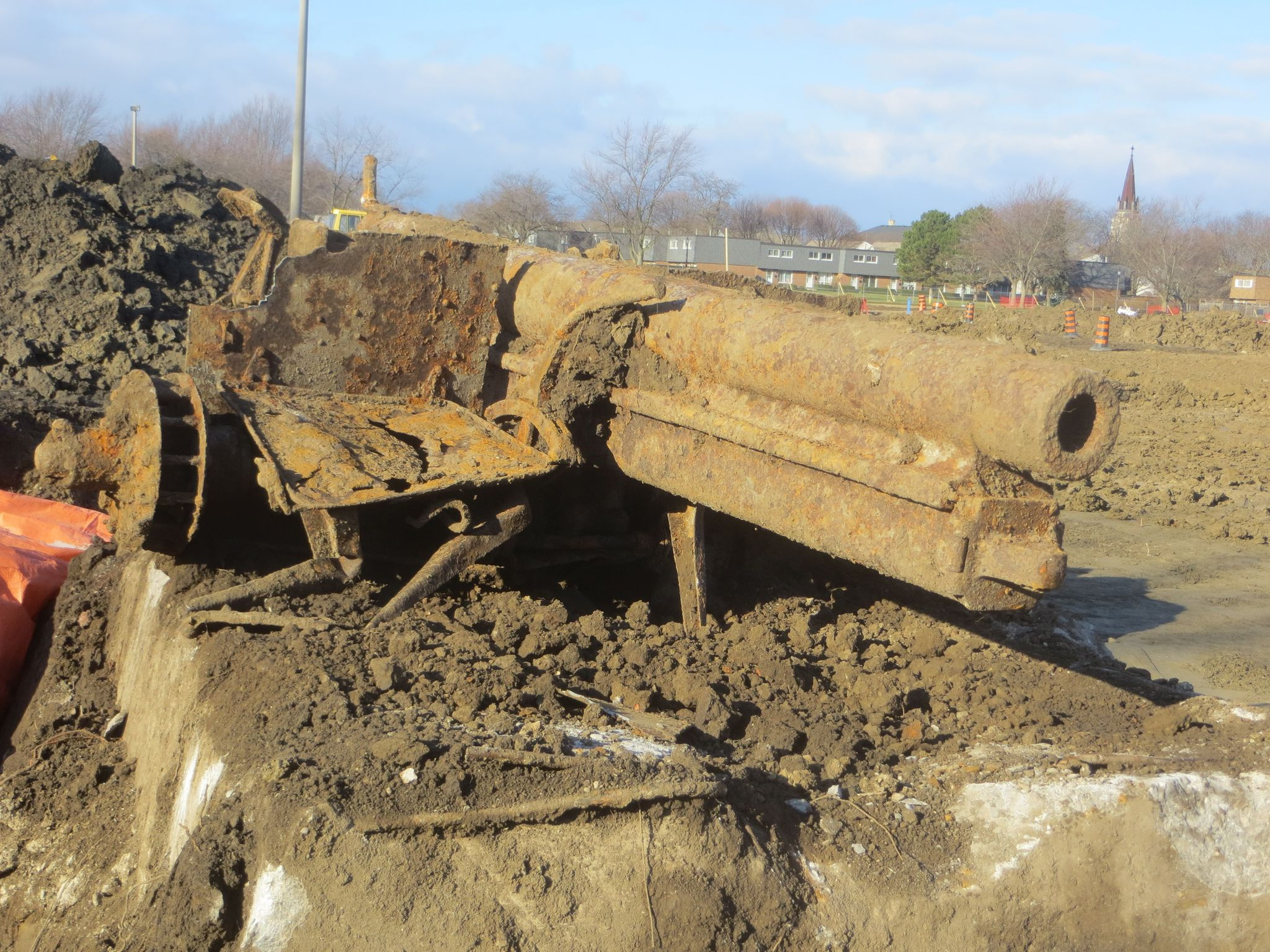 A German artillery gun used during the first world war has been unearthed in CanadaCredit: PEN News

Now bemused locals have discovered that the weapon was taken as a war trophy nearly 100 years ago, before being buried and forgotten decades later.

Today the gun survives as one of the last of its kind.

Mayor Aldo DiCarlo said: “It is unusual in the sense that many forgot it was there.

“The artillery piece was a war trophy captured during the first world war by Canadian troops.

The cannon was found an estimated 4,000 miles from where it was last firedCredit: PEN News 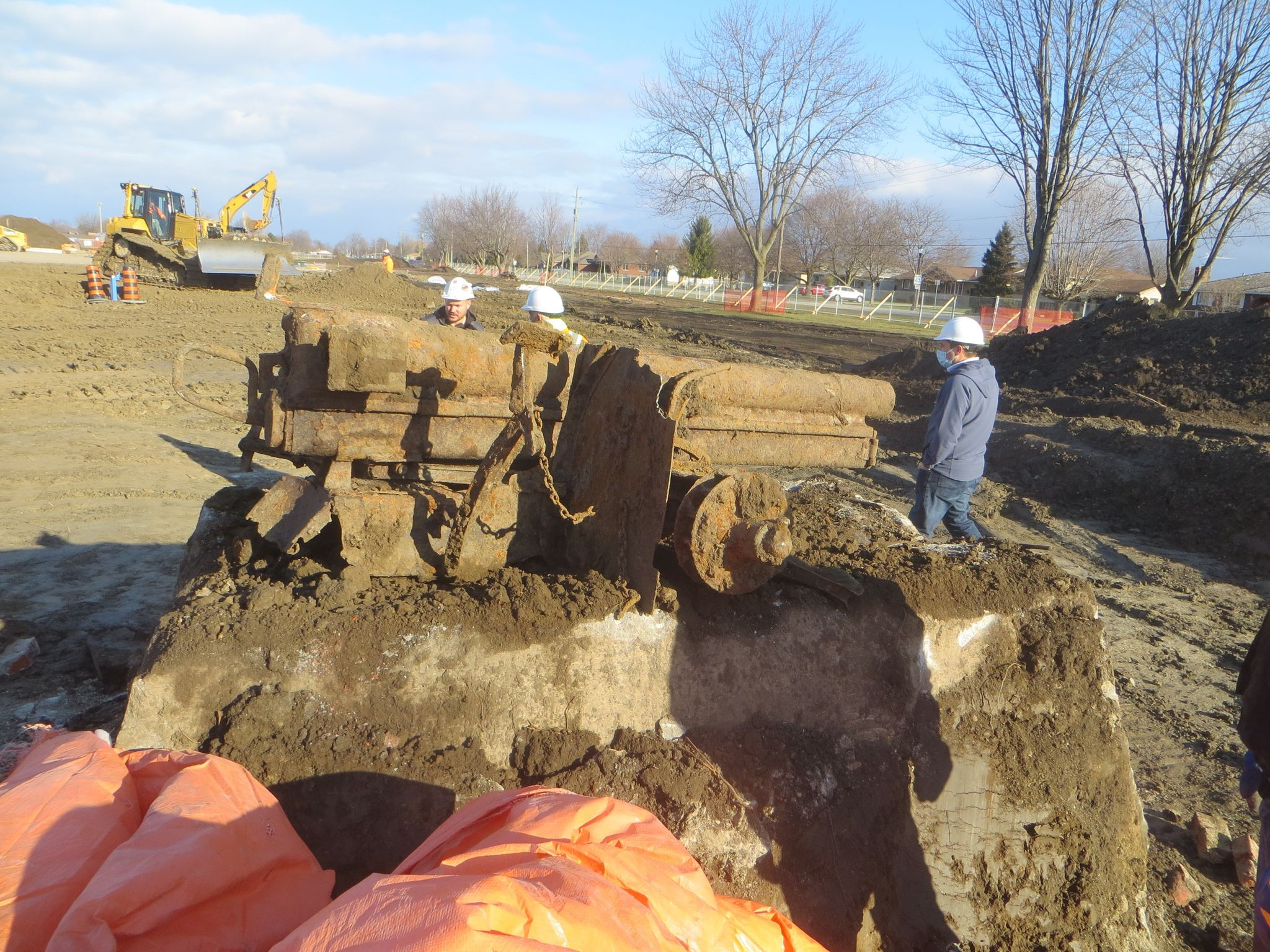 The weapon was taken as a war trophy nearly 100 years agoCredit: PEn News

“It was one of a little over 1,100 similar trophies – howitzers, trench mortars and field guns – that were shipped back to Canada in 1922.

“Of those 1,100 war trophies, most were given over to the smelter’s furnace during the second world war to contribute to that war effort.

“The second piece the town received, a trench mortar, was smelted down in this fashion.”

He continued: “It was originally displayed at the town’s previous high school location as part of a cenotaph in 1922. 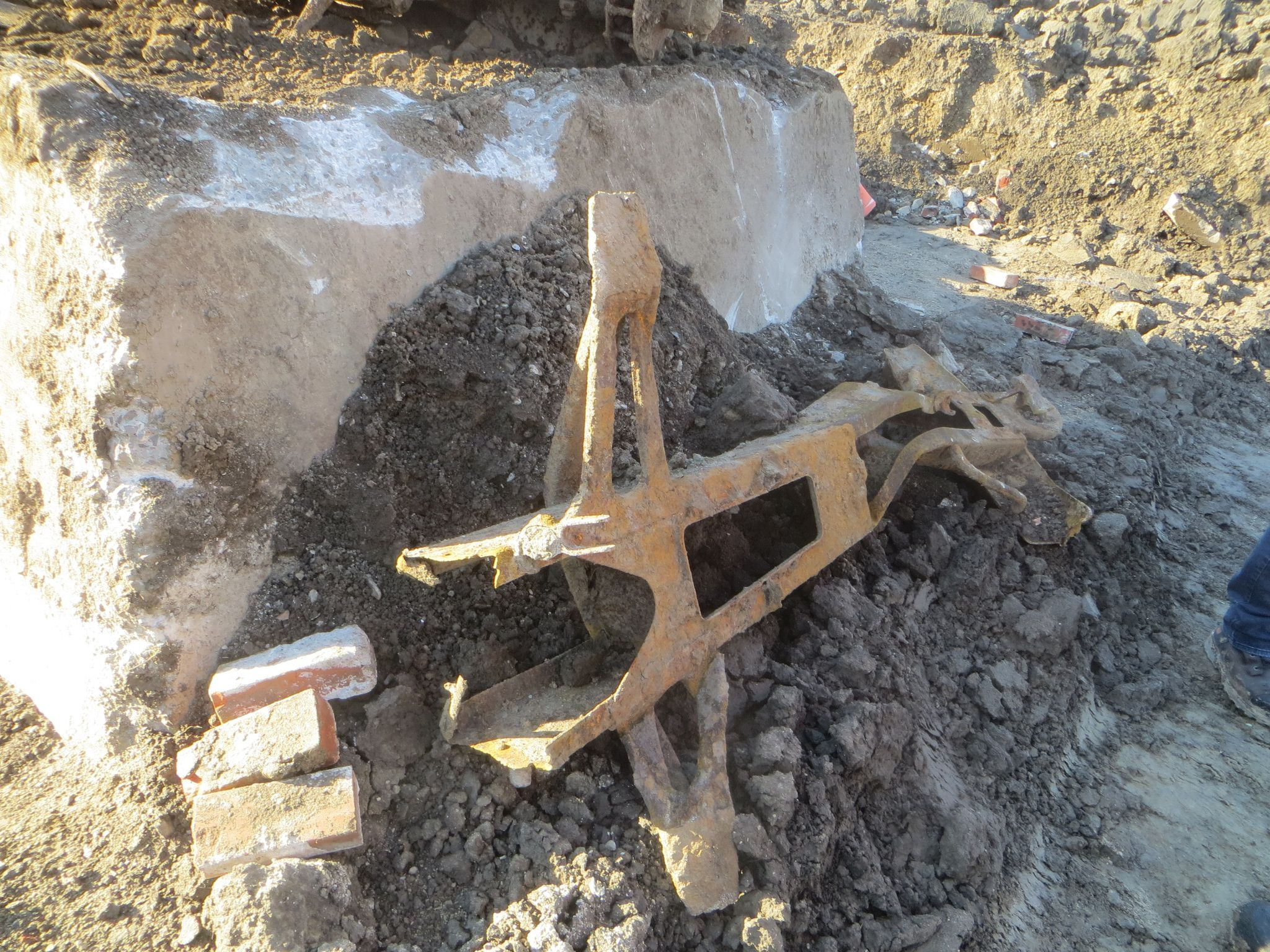 Today the gun survives as one of the last of its kindCredit: PEN News

“When this was done, it was noted that the field gun was beyond repair, presumably from years of exposure to the elements, and it was decided that the weapon should be buried ceremoniously.

“By the time the town moved the cenotaph once more, in or around 1988, the history of the buried gun had been forgotten by many. It remained behind when the cenotaph moved.”

A baseball field was later established there and the slight elevation at the burial site was perfect for a pitcher’s mount. 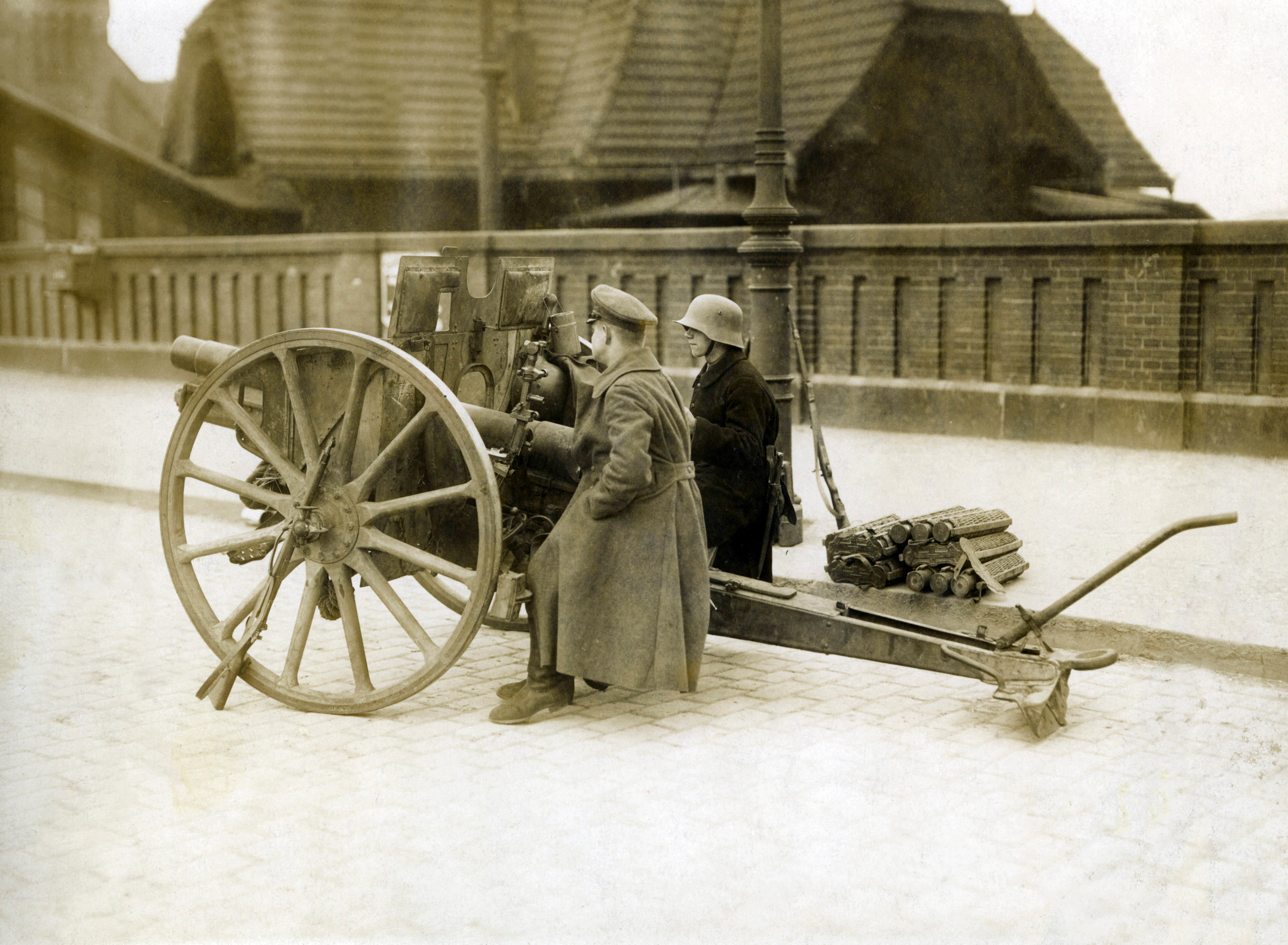 The Feldkanone 96 was a light artillery gun used by German forces during World War 1Credit: Alamy

The gun was still there when construction crews returned last week.

Mayor DiCarlo said the precise history of the gun was still being traced, but he thinks it could have been seized during the 1918 allied victory in Cambrai, 3,935 miles away.

He said: “We are still seeking information on the weapon’s capture, presumably at one of the major Canadian engagements, such as the second battle of Cambrai.

“What is interesting about this piece is that it’s breech block is intact.
“Often, if an enemy was going to capture a weapon the crew would attempt to sabotage it to prevent it being used against them later. 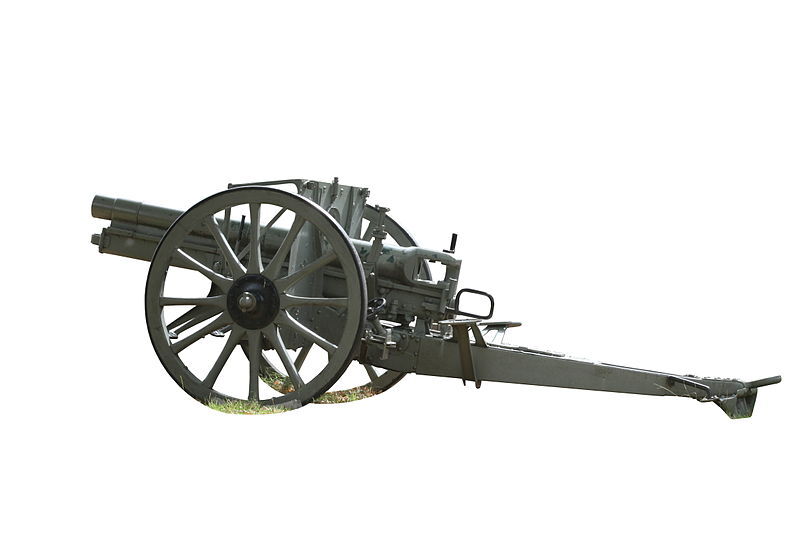 The weapon was smaller and lighter than British and French counterpartsCredit: Wikimedia commons

“It appears, however, that when this weapon was taken, it likely happened too quickly for that to occur.”

Now, with a number of military history organisations offering to help, it seems likely that the FK 96 will be restored and preserved.

Mayor DiCarlo said: “Just this past Friday, the town council gave direction to officially explore options for the gun.

“We’re big on preserving our over 200 years of history, so I expect preservation or restoration. 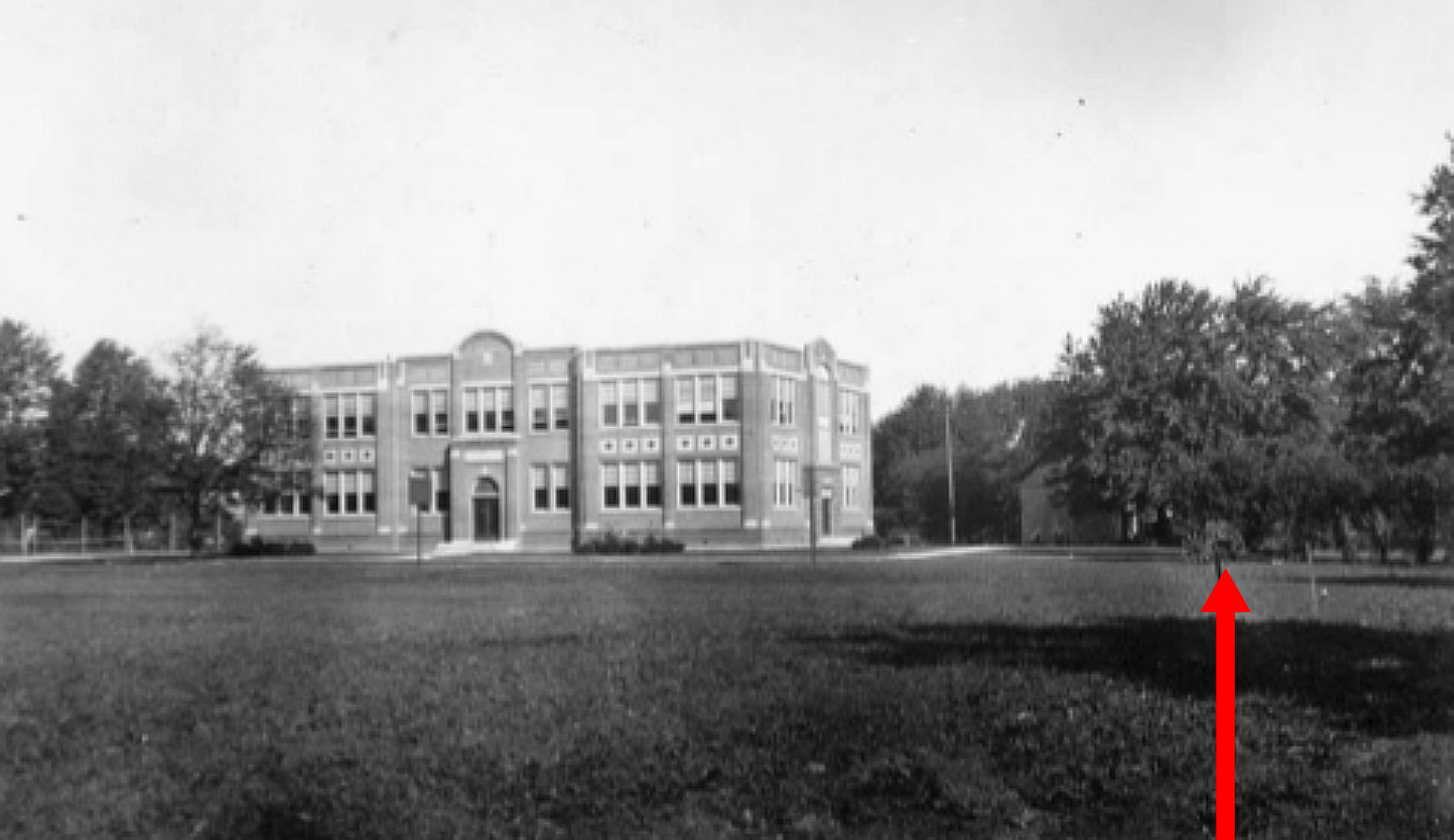 The weapon unearthed in Canada was previously on display at a local schoolCredit: PEN News

“Either way, I think it’s safe to say that we will find a new prominent place to display the gun, regardless of the condition.”

At the Battle of Cambrai, a combined force of troops from Britain, Canada and New Zealand attempted to drive the Germans out of the city of Cambrai – an important railway and supply hub.

But the settlement was surrounded by man-made canals, and it fell to the Canadian Corps under Lieutenant General Arthur Currie to get the allied troops across.

On September 27, 1918, Currie’s men, flanked by British forces, assaulted a dry portion of the Canal du Nord, securing a foothold.

They then held off heavy German counter attacks for several days, liberating the city as part of the Hundred Days Offensive, which would ultimately end the war.

In other archaeology news, the graves of 50 slaves who were forced to build an elite Roman villa in UK have been unearthed.

Last year, a hoard of expensive bottles of liquor destined for Tzar Nicholas II’s Russia have been salvaged from a World War I shipwreck.

And, an incredible fighter plane that crashed off the coast of Wales during World War II was been given protected status.

What do you make of the WWI cannon find? Let us know in the comments…

From teeny hummingbirds to giant whooping cranes, roughly half of the world’s more than 10,000 bird species migrate. Longer wings...

Invasive grasses are spreading, which may increase wildfire risk

Tiny living machines called xenobots can create copies of themselves

Can psychedelics meet their potential as mental health treatments?