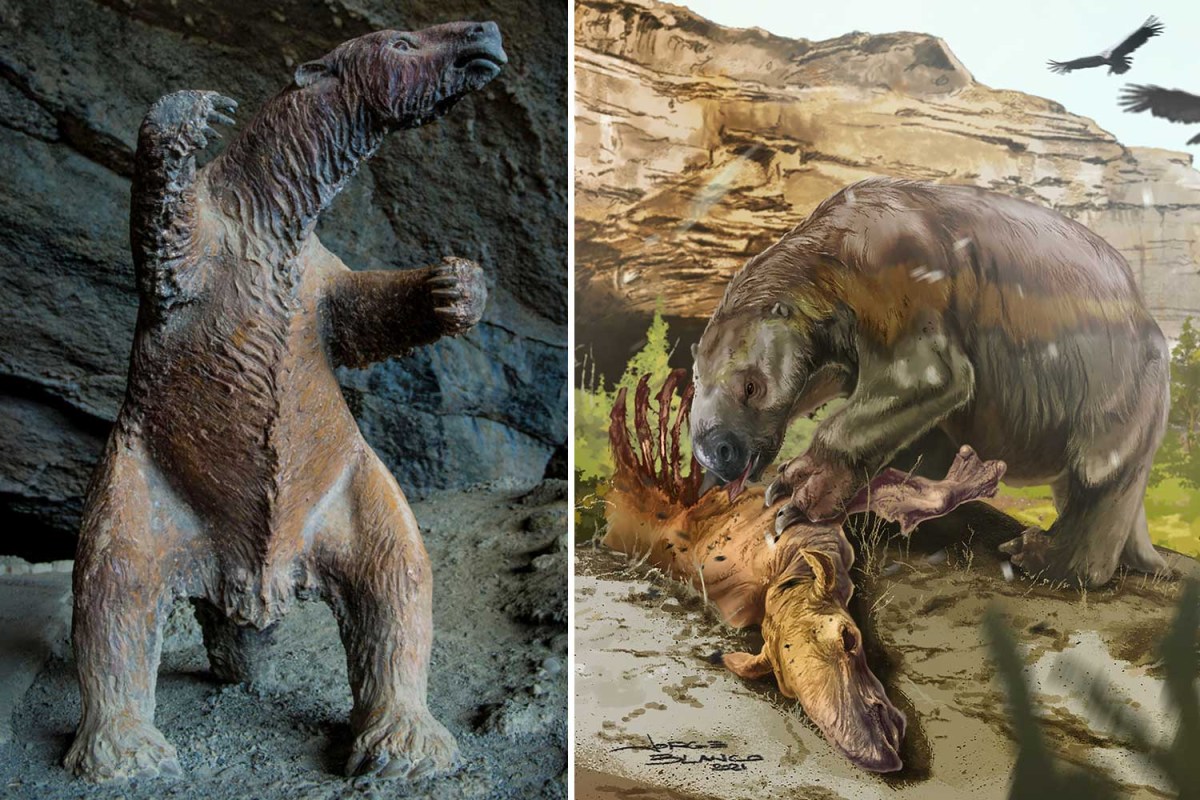 A GIANT sloth was a bloodthirsty meat-eater that once feasted on early humans, scientists have discovered.

The 12ft tall Mylodon, which weighed 2.2 tons and died out 10,000 years ago, was previously believed to have been a vegetarian like its slow-moving modern-day cousins.

The Mylodon sloth was the same size as an elephant, at 12 ft tall and 2.2 tons 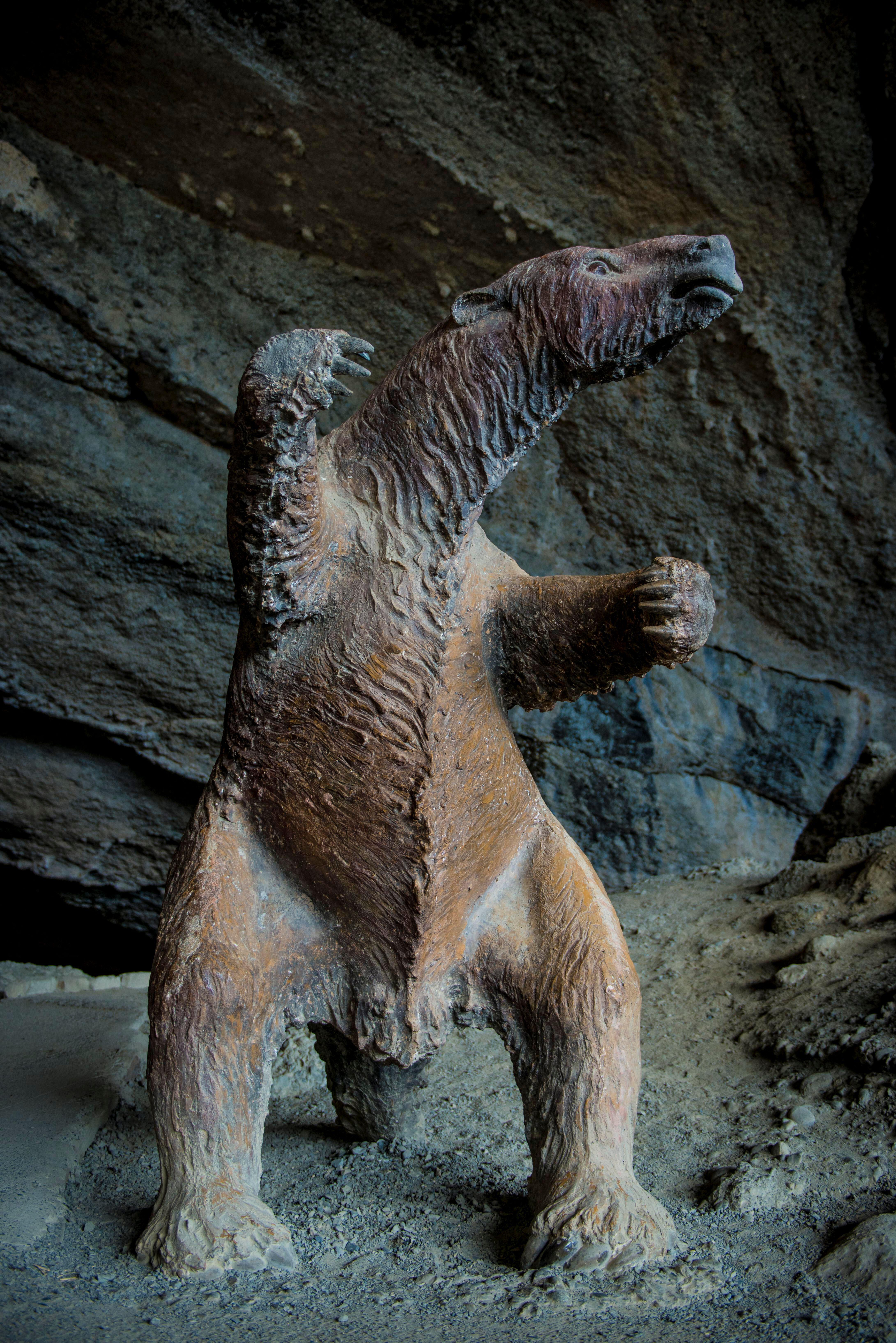 Researcher Dr Julia Tejada said: ‘We now have strong evidence contradicting the long-standing presumption that all sloths were herbivores.’

But now experts at the Natural History Museum have found the elephant-sized beast actually had a taste for flesh – and may even have snacked on humans.

Researcher Dr Julia Tejada said: “We now have strong evidence contradicting the long-standing presumption that all sloths were herbivores.

“Whether they were sporadic scavengers or opportunistic meat-eaters can’t be determined, but this is the first direct evidence that ancient sloths were actually omnivores.

“It demands a re-evaluation of the entire ecological structure of ancient mammalian communities in South America, as sloths represented a major component of these ecosystems across the past 34 million years.”

The researchers analysed chemicals preserved in giant sloth hair and discovered tell-tale amino acids found in the follicles of meat-eaters.

They believe the beast was eating a balanced diet of meat and vegetables to sustain its enormous body size.

It’s not known why the giant sloth died out. It is not believed to have been hunted to extinction as humans at the time would have struggled to kill it.

The beast may have succumbed to climate change or new diseases.

The six living sloth species all are relatively small plant-eating tree-dwellers restricted to tropical forests of Central and South America.

But hundreds of sloth species, some as large as an elephant, once roamed ancient landscapes from Alaska to the southern tip of South America.

There is a complete skeleton of a Mylodon – also known as Darwin’s ground sloth – on display at London’s Natural History Museum.