HE’S one of history’s most fearsome conquerors, wielding an armada of 100,000 warriors to build an empire that stretched from the Sea of Japan to the grasslands of Hungary.

But despite his huge influence on the ancient world, the circumstances surrounding Genghis Khan’s death in 1227 remain shrouded in mystery. 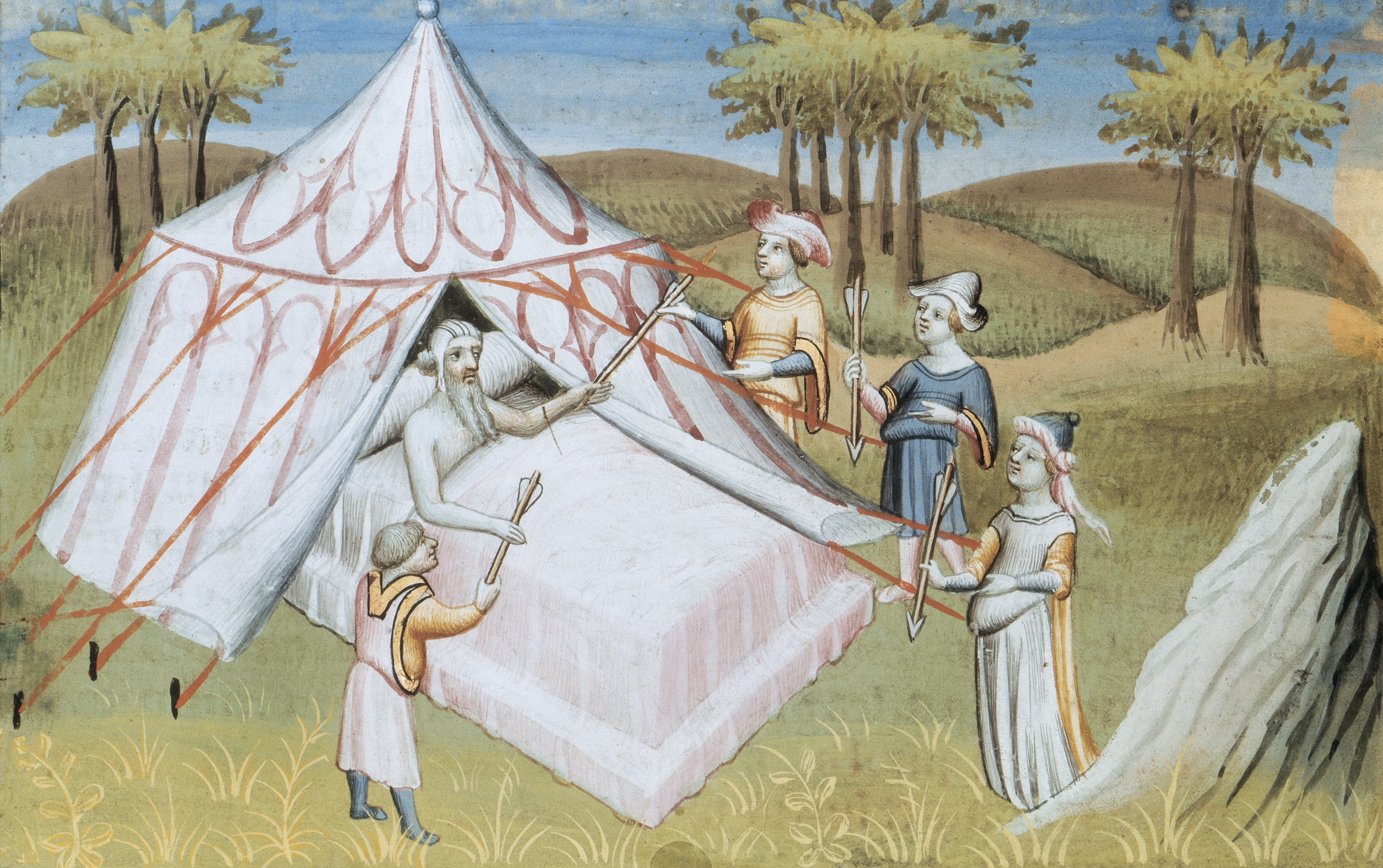 Genghis Kahn depicted on his death bed. Despite the conqueror’s influence, the circumstances of his death remain shrouded in mysteryCredit: Getty Images – Getty

Contradictory legends say the Mongol ruler succumbed to blood loss after being castrated, or fell to a poison arrow in battle.

In a new study, scientists suggest Khan most likely died after contracting a deadly disease during what would become his final bloody campaign.

Symptoms the warrior was said to be suffering from match those of the bubonic plague, which was rampaging across Eurasia at the time.

While it’s impossible to know for sure what happened to Khan without access to his body – which has never been found – researchers argue their suggested cause of death is more plausible than others.

Symptoms the warrior was said to be suffering with matched those of the bubonic plague, which was rampaging across Eurasia at the timeCredit: Alamy

“We cannot be 100 per cent certain about the cause of death,” study author Dr Francesco Galassi, of Flinders University in Australia, told Live Science.

“But we can say that this clinical scenario is much more realistic and worthy of historical consideration than other more far-fetched hypotheses.”

Khan, who at one point ruled over a quarter of the world’s population, is said to have passed away aged 65.

His family and followers were instructed to keep his death a secret to stop it from derailing the Mongol’s campaign against the Western Xia empire, which it had been fighting for 20 years, researchers said.

In the proceeding decades, friends and foes of the Mongols spread various rumours about the cause of Khan’s demise, making it tricky for historians to separate fact from fiction.

The new research focussed on “The History of Yuan,” a historical text commissioned during China’s Ming dynasty.

Khan, who at one point ruled over a quarter of the world’s population, is said to have passed away aged 65Credit: Getty – Contributor

In it, Khan is said to have come down with a fever during his campaign against the Western Xia, dying just eight days later.

Previously, experts have suggested the murderous ruler was struck down by Typhoid fever.

However, Dr Galassi’s team highlight that other symptoms of the illness, such as abdominal pain and vomiting, are not mentioned in the text.

Instead, they suggest that the bubonic plague, a disease that was prevalent among Mongol troops at the time, may have finished Khan off.

The onset of the conqueror’s ailment, his symptoms and the short time it took him to die all mirror a case of the plague, researchers said.

About 25million people are estimated to have died in Europe from the disease across the 13th and 14th centuries.

The wrath of Khan

THE Mongols were once the most fearsome and effective fighting force the world had ever known.

Under the leadership of Genghis Khan and his heirs they would conquer vast swathes of the planet along The Step.

At its height their empire would stretch from the Pacific to the Polish border.

Their mounted warriors would blitz their enemies on horseback and rain down arrows onto them.

Brutal repercussions for resistance also helped them to strike fear into the hearts of any who came into contact with them from the Far East to Western Europe.

The Mongol Empire emerged from the unification of several nomadic tribes in the Mongol homeland under the leadership of Genghis Khan in 1206.

It would last until 1368 when the Yuan Dynasty of China eventually toppled the Khans.

“Deaths of the kings and emperors of greater China are often mixed with myth,” Dr Galassi told Live Science.

“Exciting, extraordinary causes of death are attributed to exceptional personages, when it is more reasonable to look for more common conditions, such as infectious diseases.”

He added: “In general, there is not sufficient evidence to support these legends.”

Under Khan, the ruthless Mongol army aggressively expanded throughout Asia and Europe.

Tactics employed by Khan and his army were notoriously brutal.

About 25million people are estimated to have died in Europe from the disease across the 13th and 14th centuriesCredit: Alamy

Each time a new city was conquered huge segments of the population – including women and children – were slaughtered.

The survivors were subjected to pillage, torture and rape.

Some were used as human shields in front of the Mongol army during subsequent attacks.

After conquering a territory, Genghis Khan would get the first pick of women to add to his harem.

Some estimates suggest he impregnated over 1,000 different women.

Scientists have suggested that as many as one in 200 men in the world are direct descendants of Khan as a result of his ceaseless bonking.

The research was published in the International Journal of Infectious Diseases.

In other news, a mystery over “haunting faces” carved into rocks at “Europe’s first city” 8,000 years ago is baffling experts.

That’s not the only mystery puzzling scientists: these rock columns older than Stonehenge are leaving archaeologists baffled.

And a mysterious burial pit with ‘child, donkey, goat, cat and bird’ skeletons on top of each other inside has caused a stir.

What do you make of this discovery? Let us know in the comments! 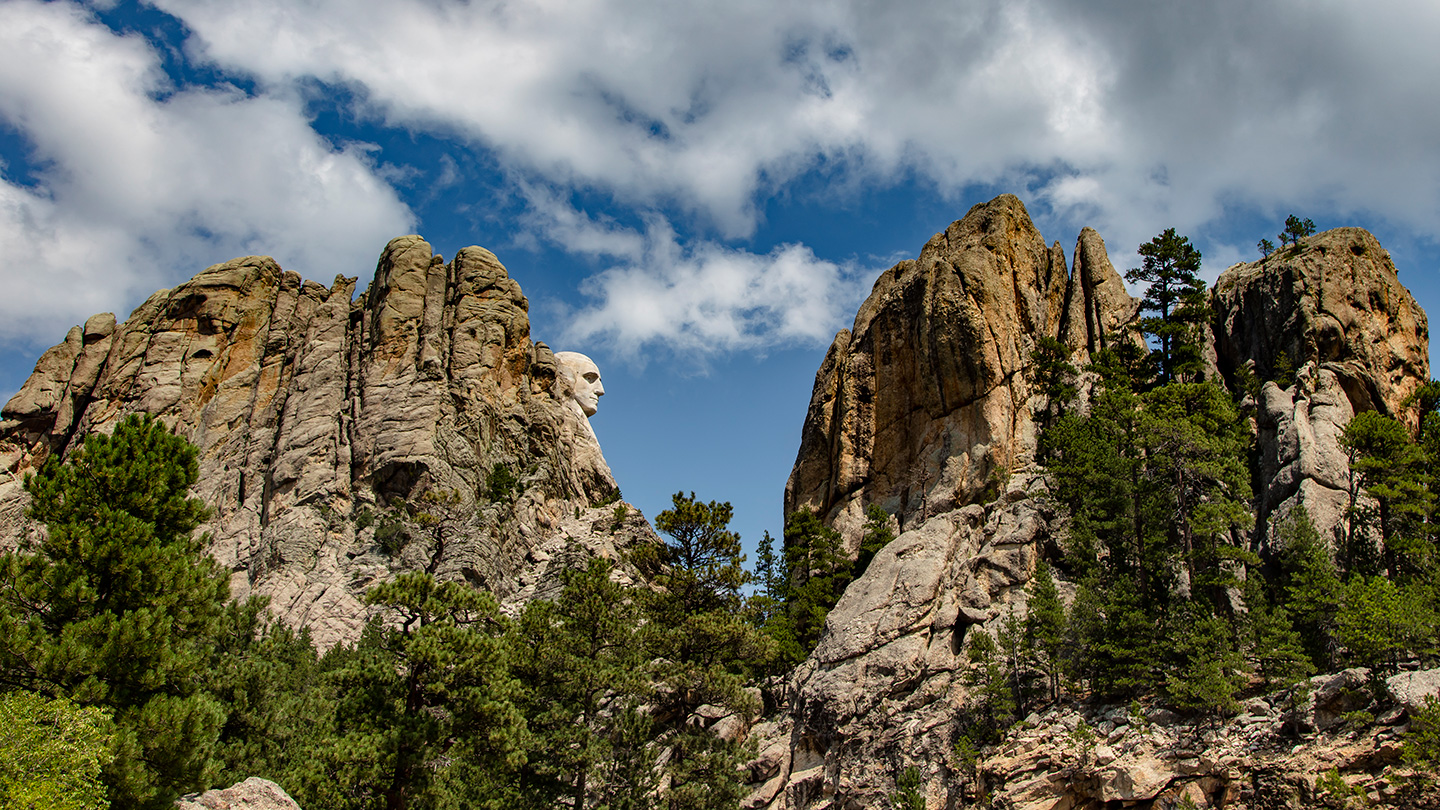 How the Mountains GrewJohn DvorakPegasus Books, $29.95 Imagine a world where pigeon-sized dragonflies soar above spiders with half-meter-long legs, where...

Congress Is Slashing a $30 Billion Plan to End Pandemics