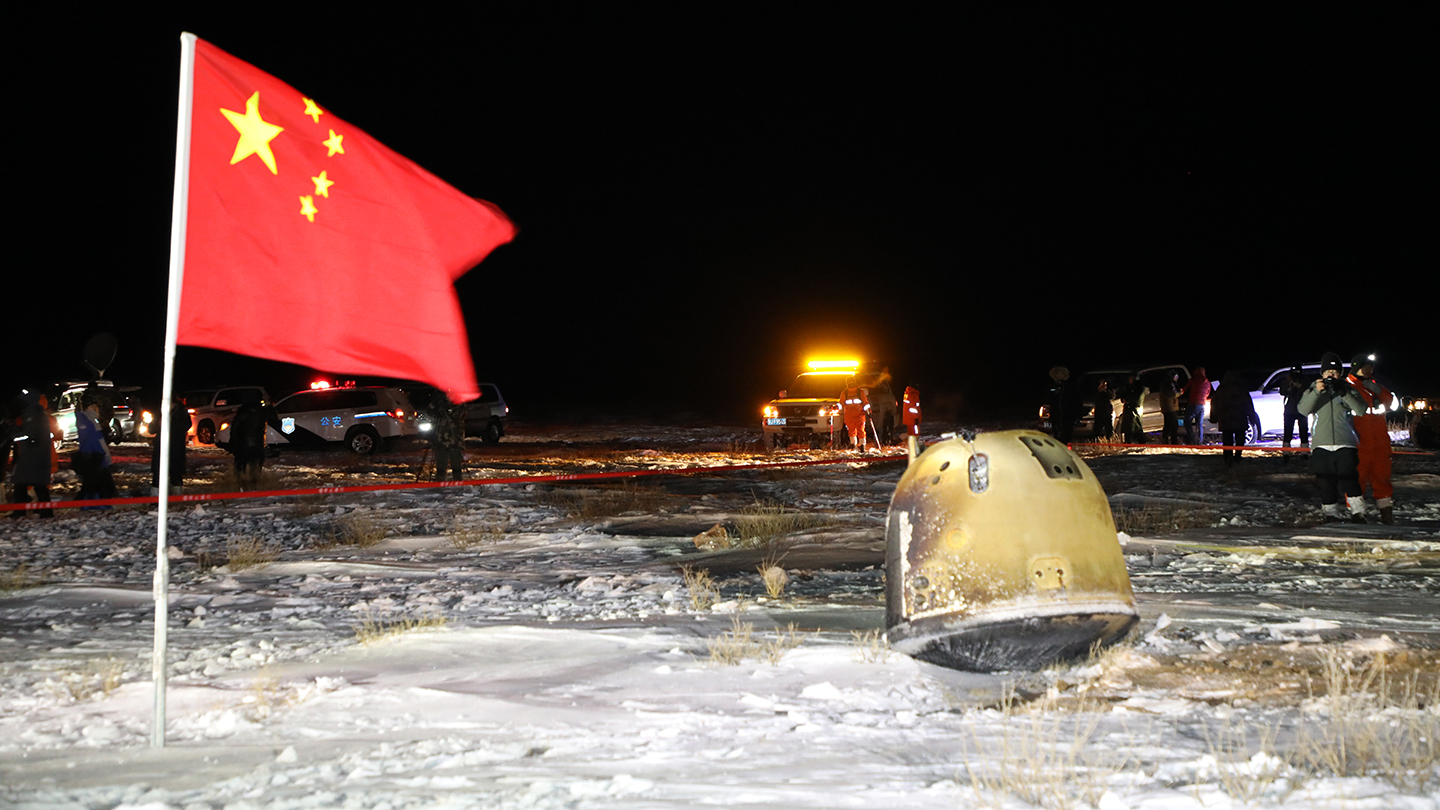 A chemical analysis of the volcanic rocks confirms that the moon remained volcanically active far longer that its size would suggest possible, researchers report online October 7 in Science.

Chang’e-5 is the first mission to retrieve lunar rocks and return them to Earth in over 40 years (SN: 12/1/20). An international group of researchers found that the rocks formed 2 billion years ago, around when multicellular life first evolved on Earth. That makes them the youngest moon rocks ever collected, says study coauthor Carolyn Crow, a planetary scientist at the University of Colorado Boulder.

The moon formed roughly 4.5 billion years ago. Lunar rocks from the Apollo and Soviet missions of the late 1960s and 70s revealed that volcanism on the moon was commonplace for the first billion or so years of its existence, with flows lasting for millions, if not hundreds of millions, of years.

Samples of bits of lunar rocks, such as this, are helping scientists study the volcanic evolution of the moon.Beijing SHRIMP Center/Institute of Geology/CAGS

Given its size, scientist thought that the moon started cooling off around 3 billion years ago, eventually becoming the quiet, inactive neighbor it is today. Yet a dearth of craters in some regions left scientists scratching their heads. Parts of celestial bodies devoid of volcanism accumulate more and more craters over time, in part because there aren’t lava flows depositing new material that hardens into smooth stretches. The moon’s smoother spots seemed to suggest that volcanism had persisted past the moon’s early history.

“Young volcanism on a small body like the moon is challenging to explain, because usually small bodies cool fast,” says Juliane Gross, a planetary scientist at Rutgers University in Piscataway, N.J., not involved in the study.

Scientist had suggested that radioactive elements might offer an explanation for later volcanism. Radioactive decay generates a lot of heat, which is why nuclear reactors are kept in water. Enough radioactive materials in the moon’s mantle, the layer just below the visible crust, would have provided a heat source that could explain younger lava flows.

To test this theory, the Chang’e-5 lander gathered chunks of basalt — a type of rock that forms from volcanic activity — from a previously unexplored part of the moon thought to be younger than 3 billion years old. The team determined that the rocks formed from lava flows 2 billion years ago, but chemical analysis did not yield the concentration of radioactive elements one would expect if radioactive decay were to explain the volcanism. 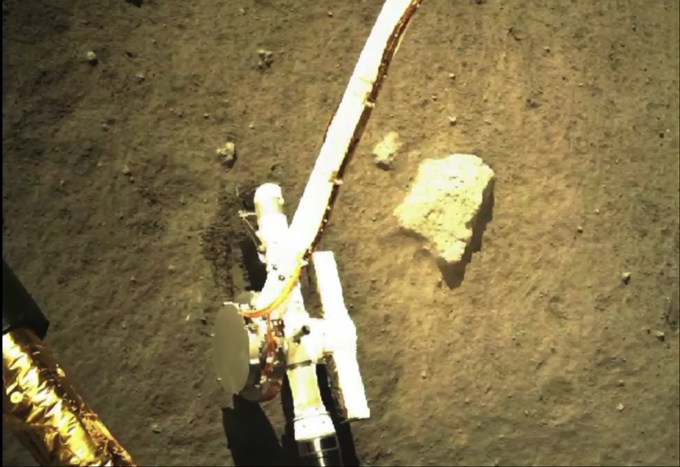 The Chang’e-5 lunar lander extracts samples of the moon that were returned to Earth. The lunar material is the first brought back to Earth in more than 40 years.Chinese National Space Agency’s Lunar Exploration and Space Engineering Center

This finding is compelling scientists to consider what other forces could have maintained volcanic activity on the moon.

One theory, says study coauthor Alexander Nemchin, a planetary scientist at the Beijing SHRIMP Center and Curtin University in Bentley, Australia, is that gravitational forces from the Earth could have liquefied the lunar interior, keeping lunar magma flowing for another billion or so years past when it should have stopped.

“The moon was a lot closer 2 billion years ago,” Nemchin explains. As the moon slowly inched away from the Earth — a slow escape still at work today — these forces would have become less and less powerful until volcanism eventually petered out.

Impacts from asteroids and comets also could have kept the moon’s volcanic juices flowing, but “at this point, any guess is a good guess,” says Jessica Barnes, a planetary scientist at the University of Arizona in Tucson not involved in the study.

“This is a good example of why we need to get to know our closest neighbor,” Barnes says. “A lot people think we already know what’s going on with the moon, but it’s actually quite mysterious.” 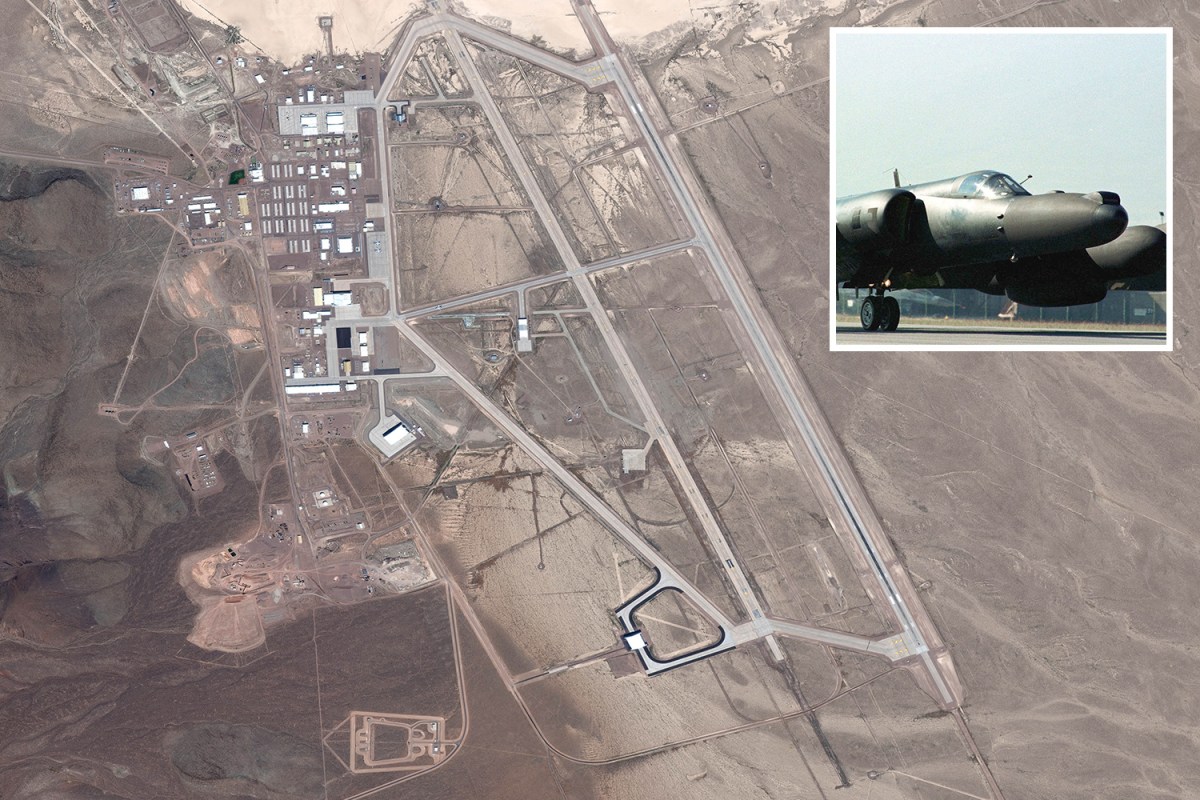 AREA 51 is a highly classified US Air Force base which is surrounded by alien conspiracies. The intense security around...

Climate change killed off the Woolly mammoth and NOT hunting by humans, study shows