A MAN fed up with flat-Earthers is crowdfunding a barmy attempt to prove once and for all that our planet is round.

Marc Gauld, who describes himself as an “annoyed Scot”, set up a GoFundMe to send one of the deluded conspiracy theorists into orbit. 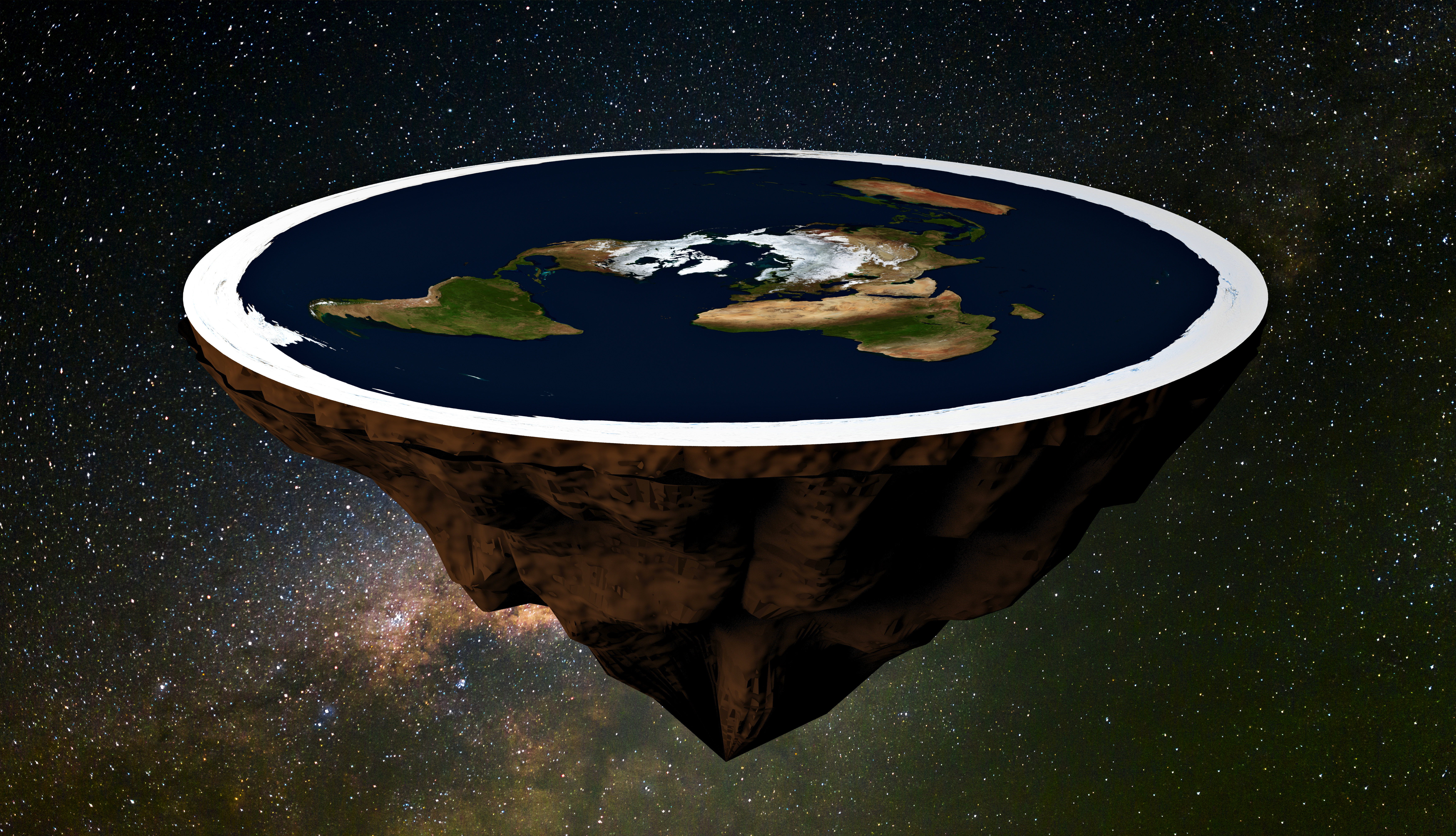 Some conspiracy nuts falsely believe that the Earth is flatCredit: Getty – Contributor

Despite overwhelming evidence that our planet is spherical, some corners of the web still believe that if you travel to the edge, you’ll fall off.

Marc reckons that sending a flat-Earther into space would show them otherwise.

He told the Daily Record last month that he hoped whoever returned would convince their fellow believers that the theory’s a load of nonsense.

“I have a couple of friends that are flat-Earthers and it drives me crazy, their total nonsense that they speak,” Marc said. 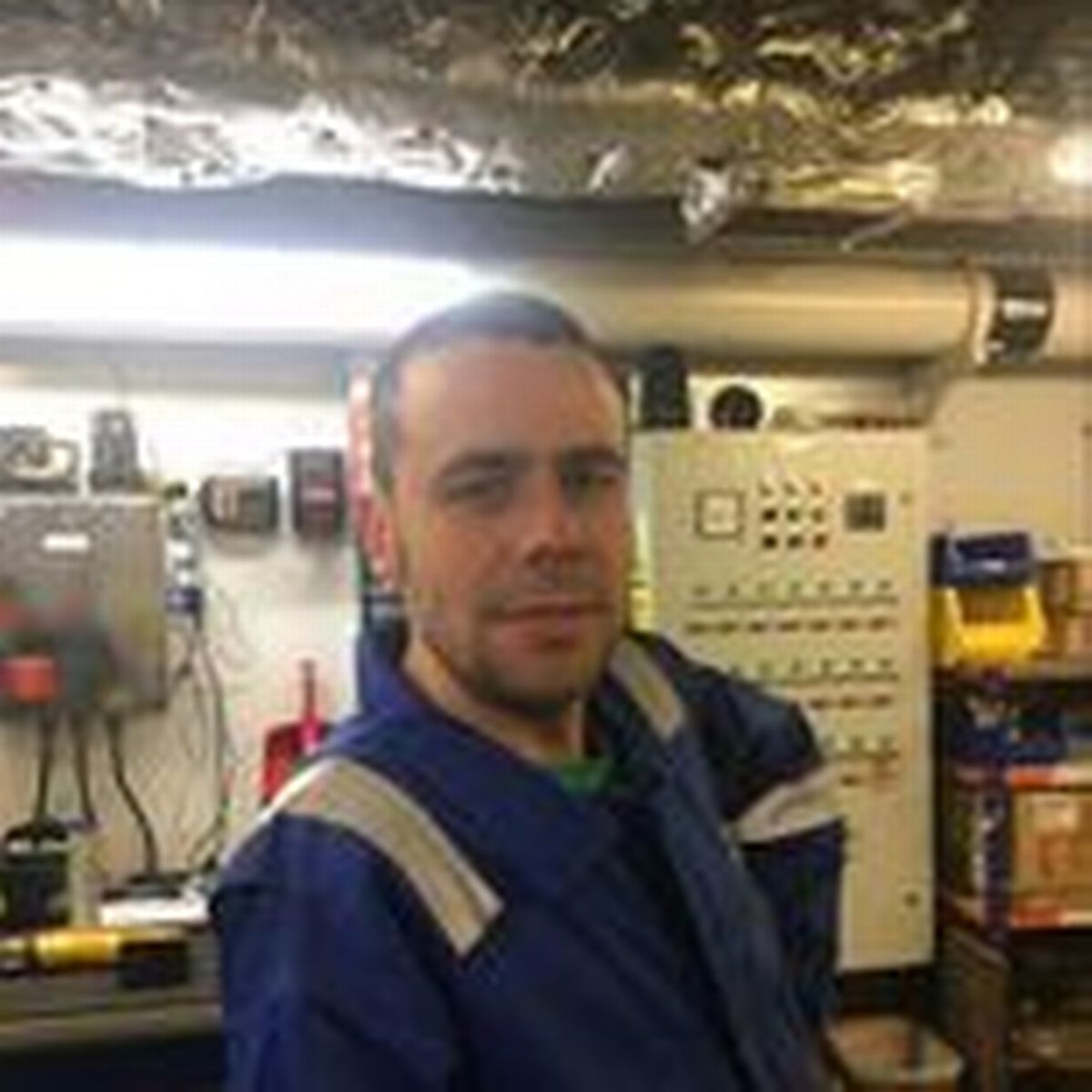 Marc Gauld set up a GoFundMe to send one of the deluded conspiracy theorists into orbitCredit: Handout

“They call astronauts actors who are paid to lie and that boils my blood because these are guys who barely hold down jobs and do nothing so to talk about astronauts like that I don’t know where they get off.”

Marc has a long way to go before reaching his ambitious £250,000 funding goal for the project.

At the time of writing, the campaign has raised just £75.

In a bid to hit his target, Marc told the Daily Record that he was attempting to rope in some of the biggest names in space exploration.

“I decided to give [flat-Earthers] the chance to put their money where their mouth is for once and the only way I could do it is by sending a high ranking flat-Earther into space,” he said. 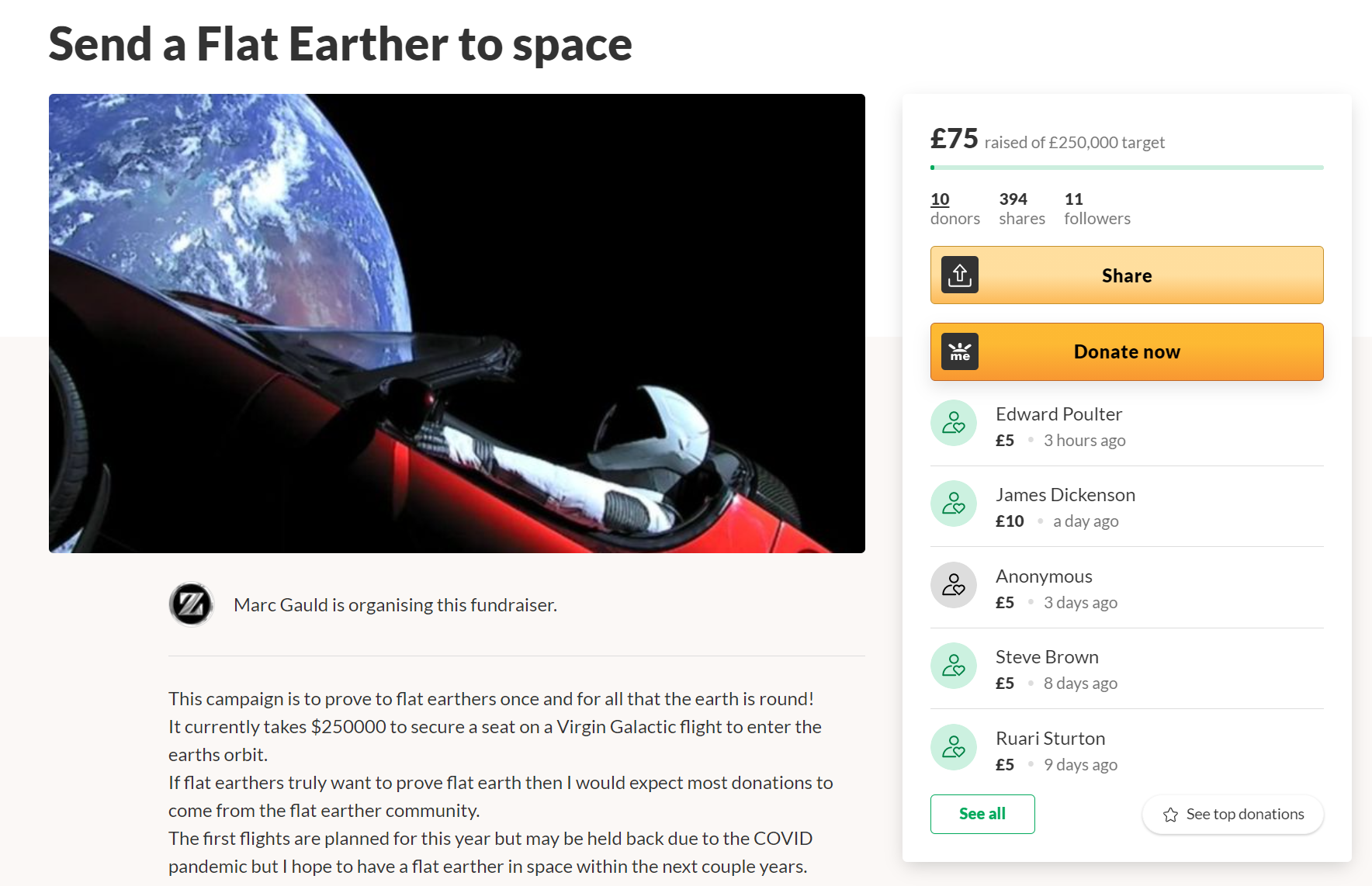 A screen grab of Marc’s GoFundMe page, which had raised £75 at the time of writing

“I have contacted Elon Musk and Richard Branson’s teams trying to get their support on it waiting for a reply.”

According to his crowdfunding page, Marc plans on launching his first conspiracy-busting flight later this year.

He acknowledges, however, that this may not be possible due to complications caused by the coronavirus pandemic.

“Please get onboard with this as it is in the name of science and it will finally disprove or prove the flat earth theory and we can finally put this to rest,” Marc wrote.

“I am 100 per cent serious about this and your donations will be highly appreciated and will be helping to stop a completely unsupported scientific view getting in the way of real progress!”

Flat Earth theories have been widely discredited for centuries.

They say that otherwise undisputed theories about its shape are part of a “round Earth conspiracy” orchestrated by Nasa and other government agencies.

The rise of the internet and social media has allowed false conspiracies like the flat-Earth theory to flourish.

Tech firms are now trying to crack down on the spread of Flat Earth misinformation by blocking popular groups and posts.

But plenty of YouTube videos and social media posts slip through the filters, allowing online communities to continue to grow.

Las year, a man died after launching himself in the air using a homemade rocket in a big to prove the Earth was flat.

The American flat Earth conspiracy theorist was captured on video as his craft flew up into the air and abruptly dropped to the ground.

Footage from the scene showed Mike’s parachute deploy shortly after take-off before his body is seen falling to the ground seconds later.

He was reportedly trying to reach an altitude of 5,000ft.

In other news, crackpot “flat-Earthers” broke coronavirus quarantine rules trying to reach the “end of the world” last year.

Months earlier deluded believers were left raging after a Nasa astronaut posted a photo of our round planet from the space station.

Flat-Earthers have previously claimed that a lunar eclipse was faked – and said an “invisible satellite” was to blame.

What do you make of the crowdfunding project? Let us know in the comments! 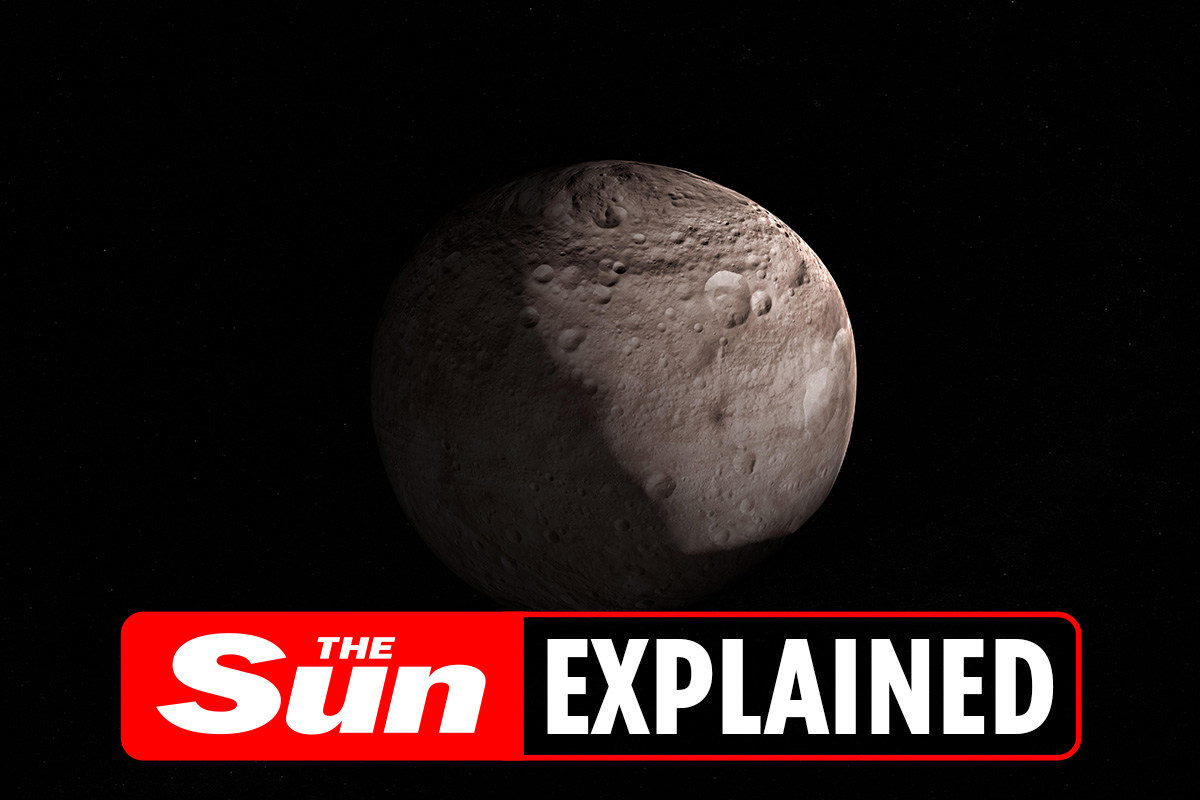