REMAINS of a Nazi ‘terror rocket’ have been discovered in Kent, England.

Archaeology experts found a piece of a German V2 terror rocket at the field in which it denoted 77 years ago. 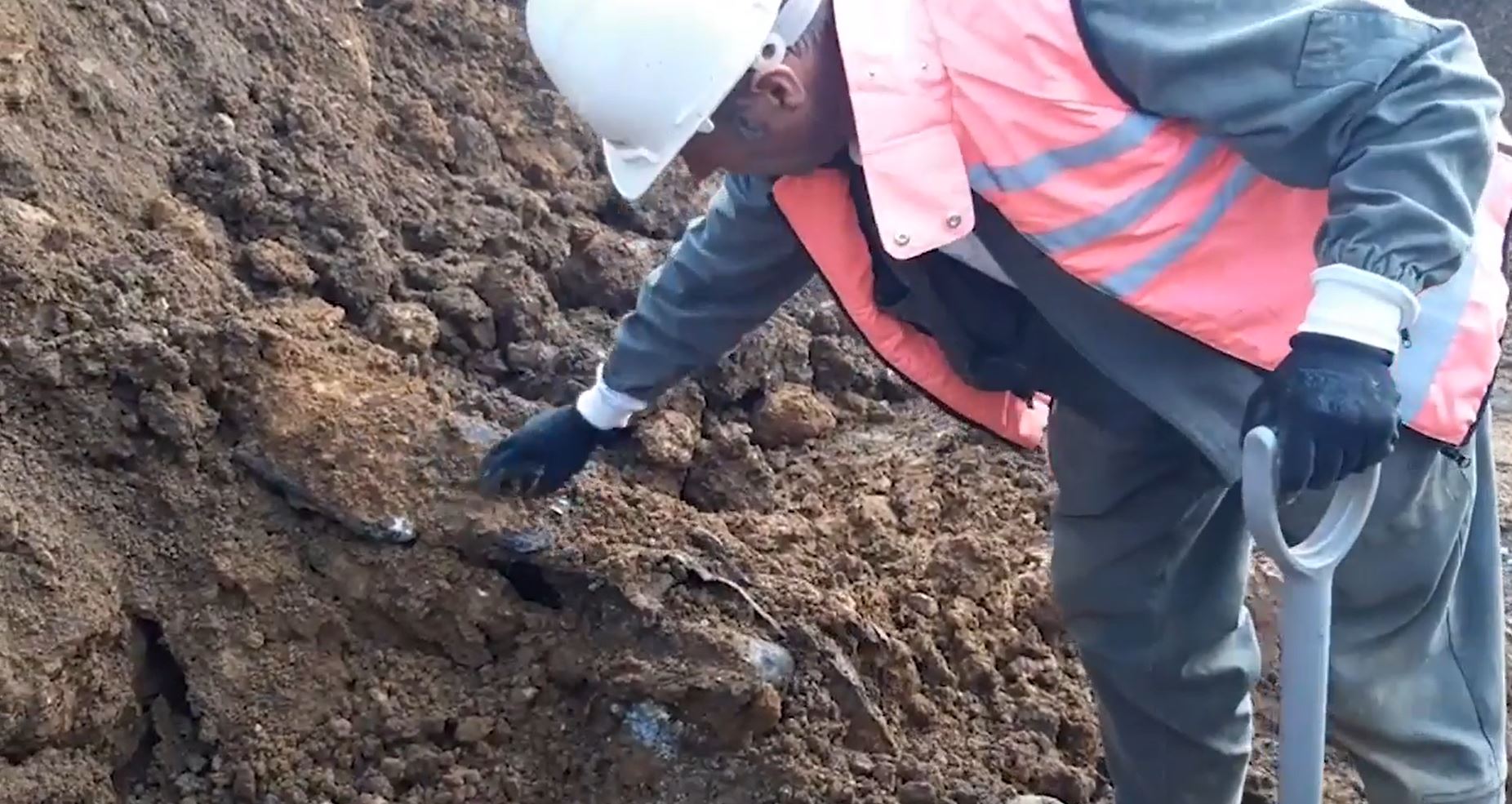 It’s thought thousands of V2 rockets were launched by the Germans during World War II and they caused around 9,000 deaths in the UK alone.

The one in question is said to have launched from Holland and took mere minutes to reach England.

Fortunately, the rocket that detonated in the field at St Mary’s Platt didn’t kill anyone when it exploded at midnight on Valentine’s Day 1944.

However, it did leave a huge 14 feet deep and 38 feet wide crater.

Archaeologists from Research Resource Archaeology were excavating at the crater site this week.

Brothers Colin and Sean Welch, who run the project, oversaw the digging of a 31 foot hole that soon revealed the V2 terror rocket remains.

The team have previously worked at five other V2 sites but this one was said to be different.

According to Kent Online, Colin Welch explained: “The rockets would enter the earth at an angle, in this case a trajectory of about 70 degrees.

“We usually expect to find the most remains at the side of the crater furthest from the entry point, but when we dug there this time there was nothing.”

A bed of ragstone is said to have kept the rocket closer to the impact point.

The part of rocket uncovered on Tuesday this week is a combustion chamber that would have contained a liquid oxygen and alcohol mixture.

“If they hit you would never have known anything about it.” – Sean Welch, Archaeologist

This concoction would have sent the rocket speeding to the ground at 3,300 mile per hour.

Sean Welch said: “Their rockets were travelling so fast. If they hit you would never have known anything about it.”

The rocket remains will be cleaned and restored in a meticulous process that could take up to 18 months.

It’s hoped some Nazi secret source codes could be discovered during the rocket project.

The Nazis would stamp three letters on rocket components.

After the war it was discovered that these codes can link rocket items back to the factory they were made in.

Some V2 rocket parts are now known to have been made in Czechoslovakia and a single factory in Austria.

It’s said each rocket would have needed 30 tonnes of potatoes to make the alcohol necessary for one launch.

This production would have been happening at a time of extreme food shortages for the Germans and strikes continued even when they started to lose the war.

Daily live broadcasts have been provided by the team to three local primary schools who are following the project.

The Welch brothers also hope to display their finds in an online museum if they can secure grant funding.

A rocket case report will soon be filed with Kent’s historical records officer. 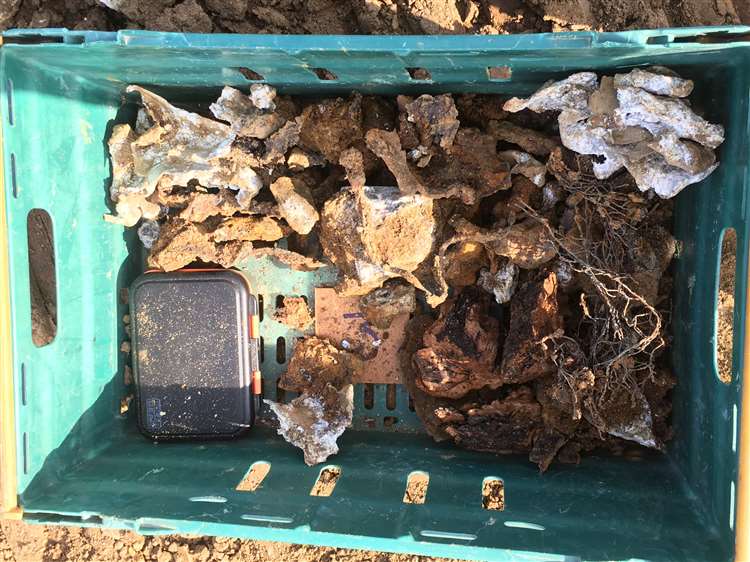 Shrapnel was also found at the siteCredit: SWNS 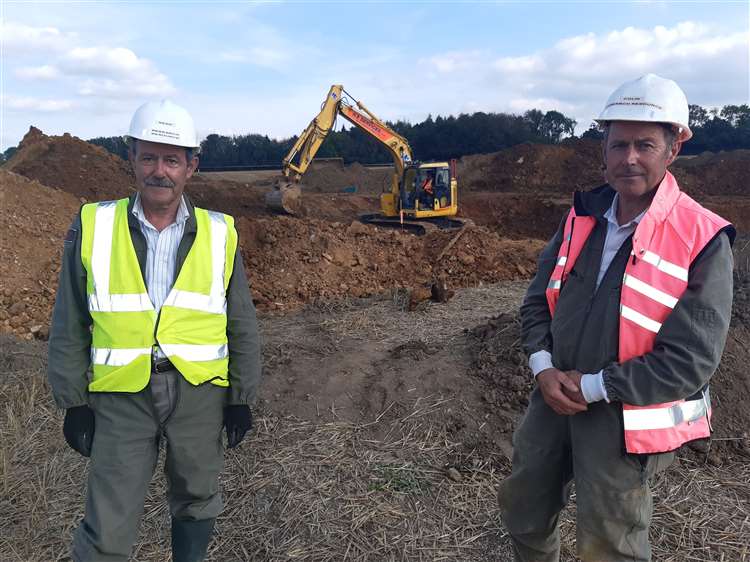 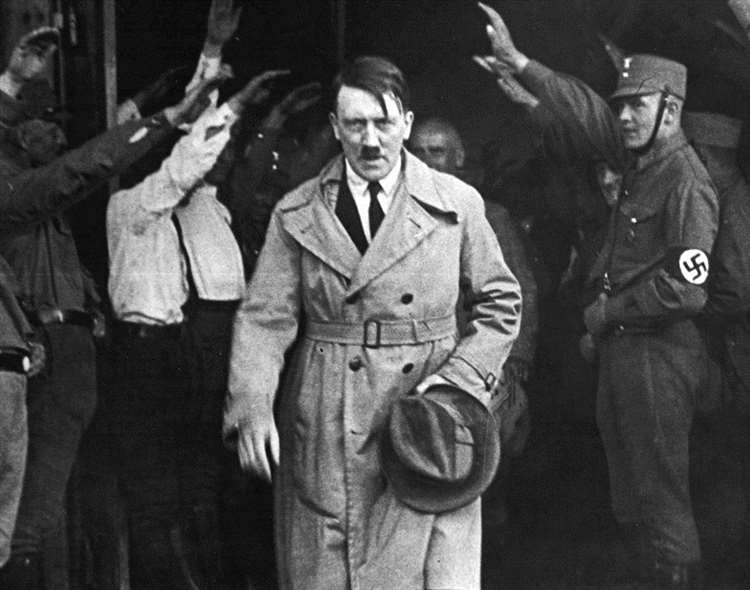 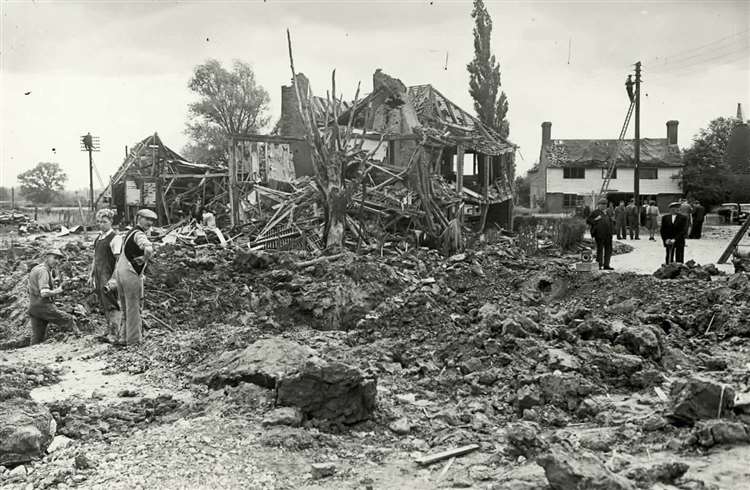 In other archaeology news, ancient evidence of a catastrophic ‘cosmic airburst’ is being linked to the Biblical story of the destruction of Sodom in a new study.

The tomb of an ancient Egyptian king who lived around 4,500 years ago has been restored and opened to the public.

And, new analysis of the remains of an ancient Egyptian pharaoh has revealed he may have been brutally murdered on the battlefield.

On March 16, 2017, Mount Etna almost killed Boris Behncke. He was on the volcano’s snow-covered flanks, accompanying a film...