A “SPECTACULAR” mummified wolf pup dating back 57,000 years has been unearthed in Canada with its fur and teeth still intact. 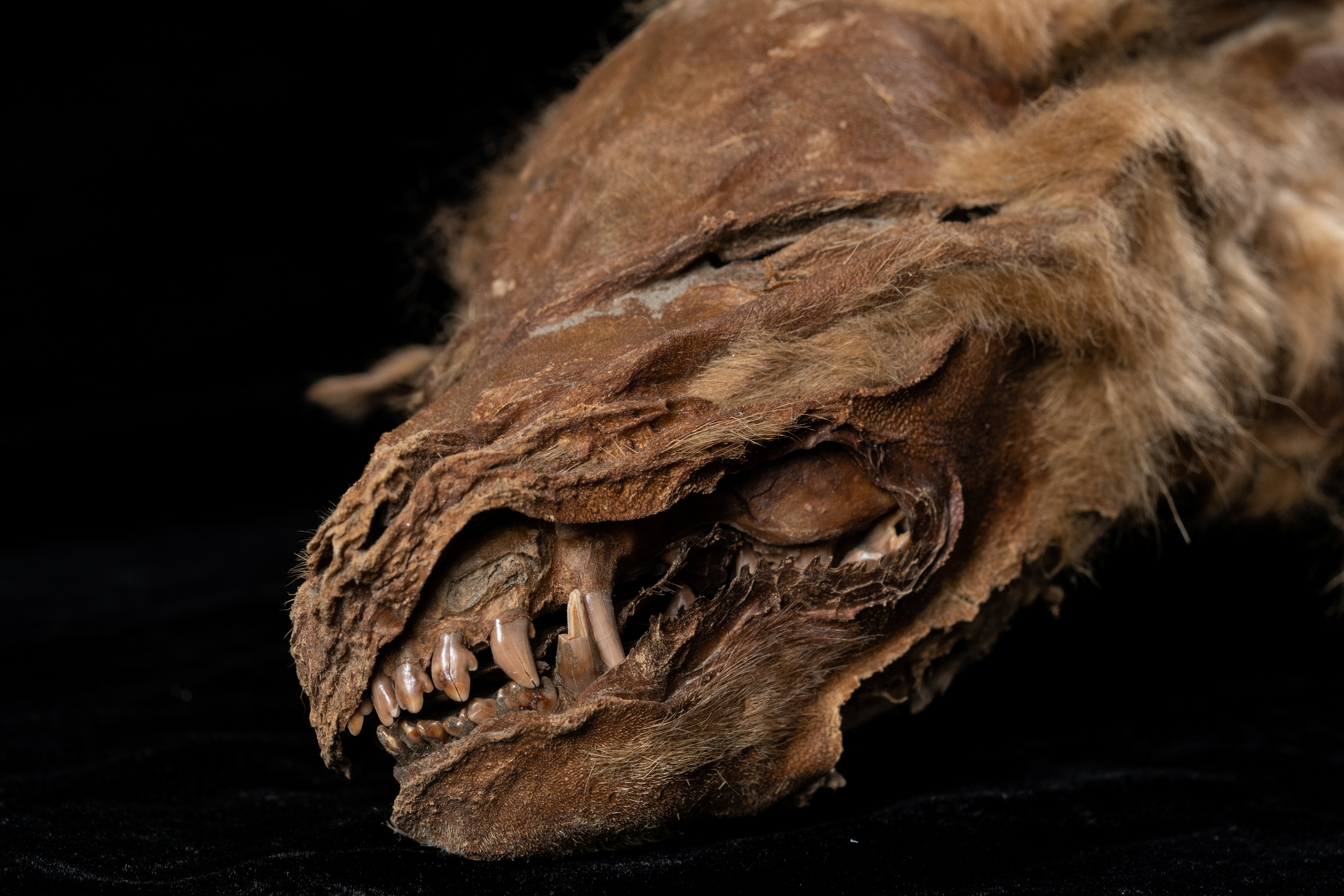 Its remains dug up by a gold miner near Dawson City in the Yukon also included exceptional details of the muscle tissues.

The animal, a female, is thought to have died suddenly after its den collapsed.

The remarkable find opens a window to life in ancient Canada’s far north when woolly mammoths roamed the Earth.

It also sheds light on the seven week old’s lifestyle – and the evolution of modern wolves. The animal is the oldest ancient wolf on record. 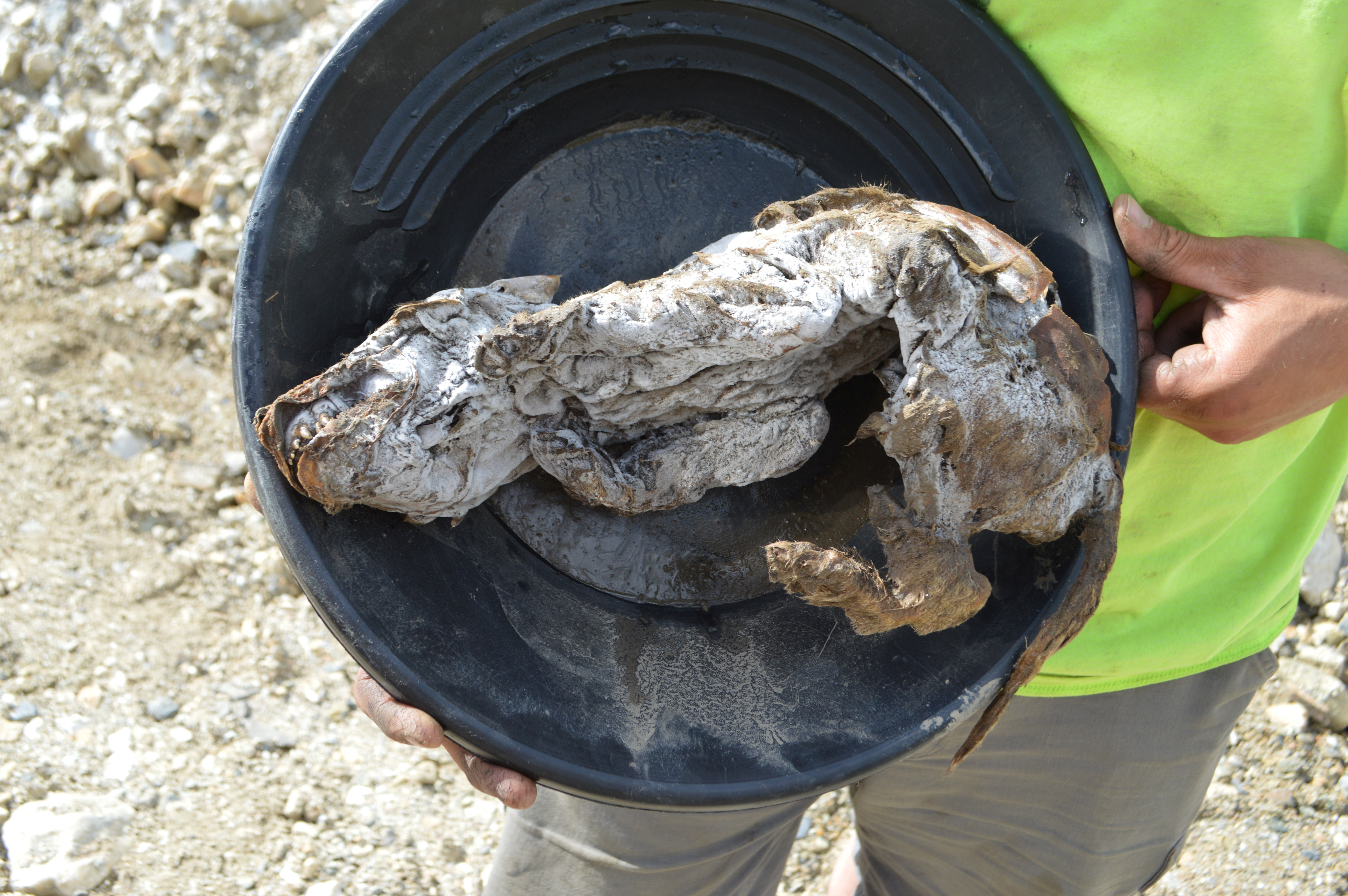 The animal is the oldest ancient wolf on recordCredit: SWNS:South West News Service

A research paper on the find was published Monday in the journal Current Biology.

“She’s basically 100 per cent intact – all that’s missing are her eyes.

“And the fact she’s so complete allowed us to do so many lines of inquiry on her to basically reconstruct her life.”

The animal has been named Zhur – meaning “wolf” in the local indigenous Han language.

One of the most important questions was how she ended up being entombed. It takes a unique set of circumstances to produce a permafrost mummy.

Professor Meachen explained: “It’s rare to find these mummies in the Yukon. 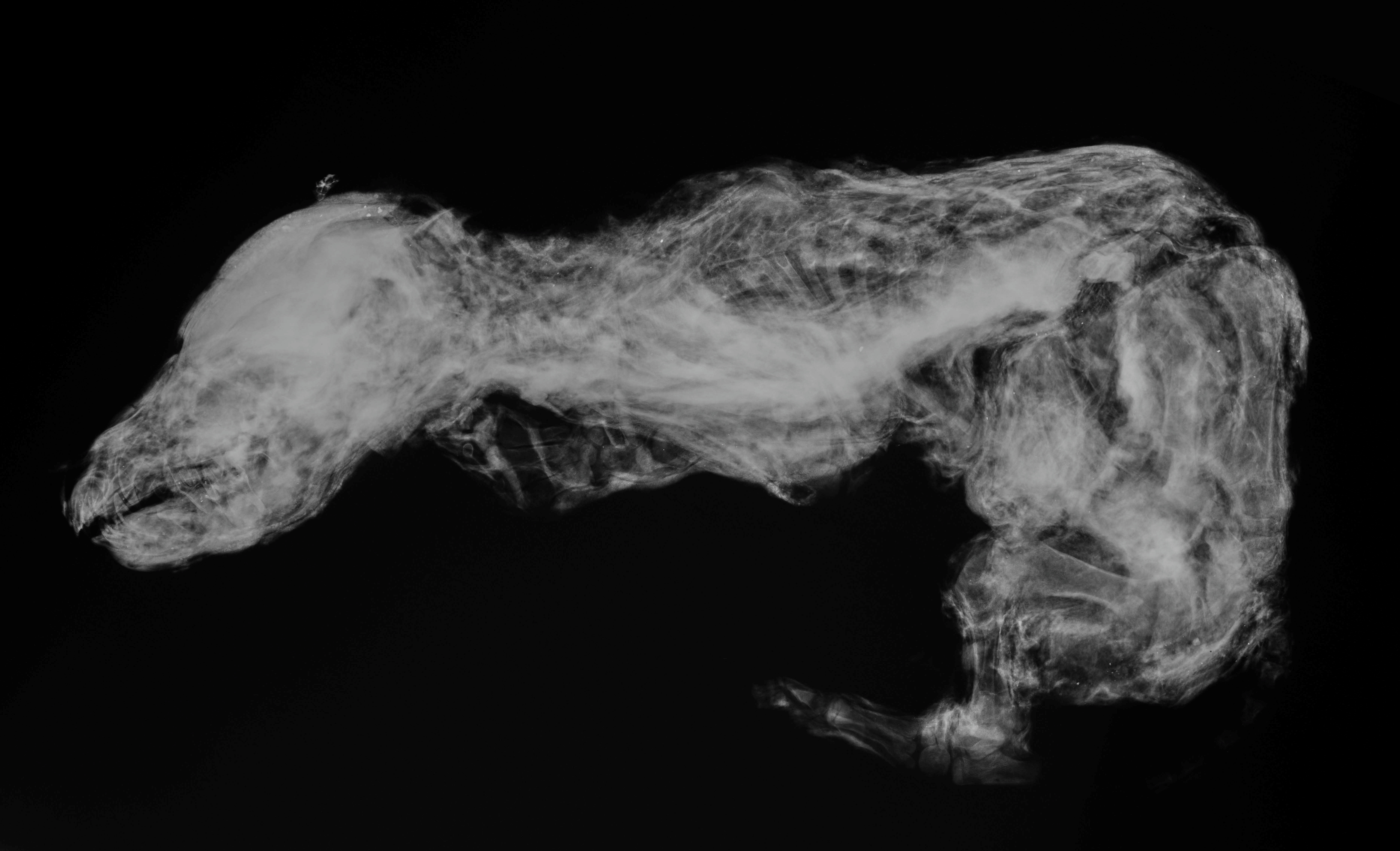 “The animal has to die in a permafrost location, where the ground is frozen all the time, and they have to get buried very quickly, like any other fossilisation process.

“If it lays out on the frozen tundra too long it’ll decompose or get eaten.”

Animals that die slowly or are hunted by predators are less likely to be found in pristine condition.

Professor Meachen said: “We think she was in her den and died instantaneously by den collapse.

“Our data showed she didn’t starve and was about seven weeks old, so we feel a bit better knowing the poor little girl didn’t suffer for too long.”

At seven weeks old, modern grey wolves in the region have typically just weaned from their mother.

That probably meant seasonal consumption of fish from the Klondike River, which still has a modern-day spawning population of Chinook salmon. 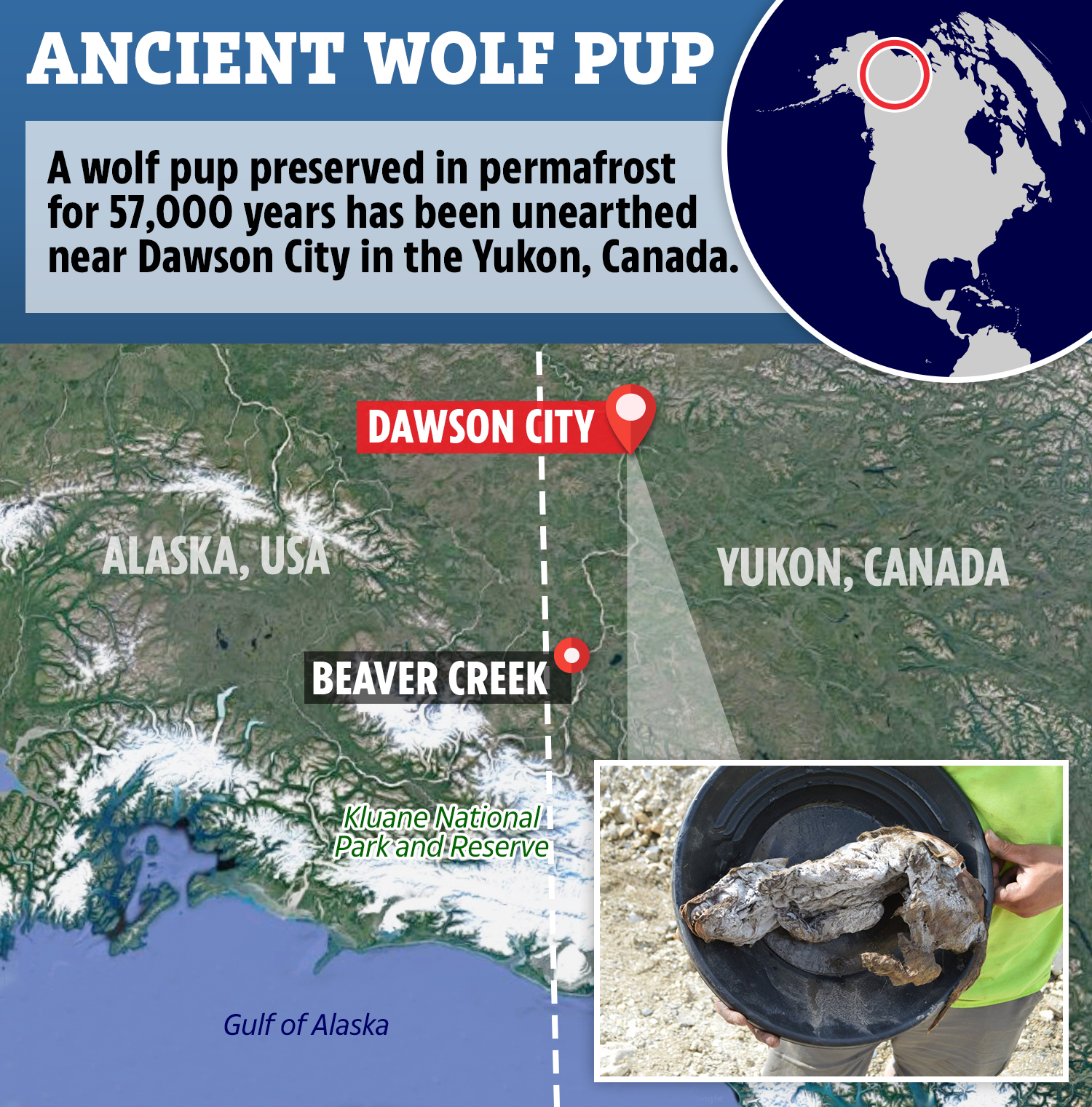 Some wolves in Interior Alaska can get much of their summer diet from fish, making it a plausible scenario for one of their Ice Age relatives.

Professor Meachen said: “Normally when you think of wolves in the Ice Age, you think of them eating bison or musk oxen or other large animals on land.

“One thing that surprised us was she was eating aquatic resources, particularly salmon.”

An analysis of Zhur’s genome also found she is descended from ancient wolves from Russia, Siberia and Alaska – the ancestors of modern wolves.

But the study still leaves some outstanding questions about Zhur and her family that will likely never be answered.

Professor Meachen said: “We’ve been asked why she was the only wolf found in the den, and what happened to her mom or siblings.

“It could be she was an only pup. Or the other wolves weren’t in the den during the collapse. Unfortunately, we’ll never know.”

She added: “The mummified carcasses of large mammals are almost never found in Alaska and Yukon, making the opportunity to study Zhur especially rare.

The world’s most gruesome ancient burials

Here’s some of the most haunting archaeological discoveries ever made…

“One small upside of climate change is we’re going to find more of these mummies as permafrost melts.

“That’s a good way for science to reconstruct that time better, but it also shows us how much our planet is actually warming. We really need to be careful.”

Zhur was discovered in 2016 in the Klondike gold fields as an excavator blasted a wall of frozen mud with water – alongside the torso, head and front limbs of a caribou.

Co author Prof Matthew Wooler, of the University of Alaska, said: “For scientists, this is a different kind of gold.”

Other prehistoric creatures from that era, such as the woolly mammoth and even a species of camel, are extinct.

But distant descendants of both the wolf pup and caribou can still be found wandering the Yukon.

Zhur is now on display at the Yukon Beringia Interpretive Centre in Whitehorse, Canada.

In other news, sacrificed llama mummies have been dug up in Peru and they’re almost perfectly preserved after 500 years.

A Viking temple dedicated to Old Norse gods like Thor has been unearthed by archaeologists.

And, a sunken ship has been found in almost perfect condition despite spending 400 years underwater.

What do you make of the wolf discovery? Let us know in the comments…