HUMAN skeletons have been discovered on a 1717 pirate shipwreck just off the coast of Cape Cod in the US.

Archaeologists think they’ve found the remains of at least six people on the doomed boat and hope one of them could be the infamous and wealthy pirate ‘Black Sam’. 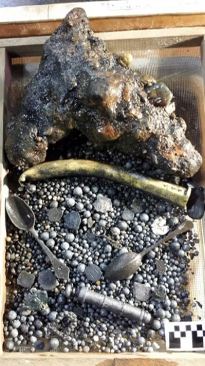 The skeletal remains were found amongst treasure and sentiments on the sea floorCredit: whydah pirate museum

The bones have fused into large hard masses of minerals after all this time, making them a bit tricky to identity.

The rocky slabs were taken from the seabed and x-rays have helped to show the human bones inside.

Treasure and weapons have also been found at the watery grave.

According to The Boston Globe, the pirate ship was called Whydah and sank near the town of Wellfleet in 1717. 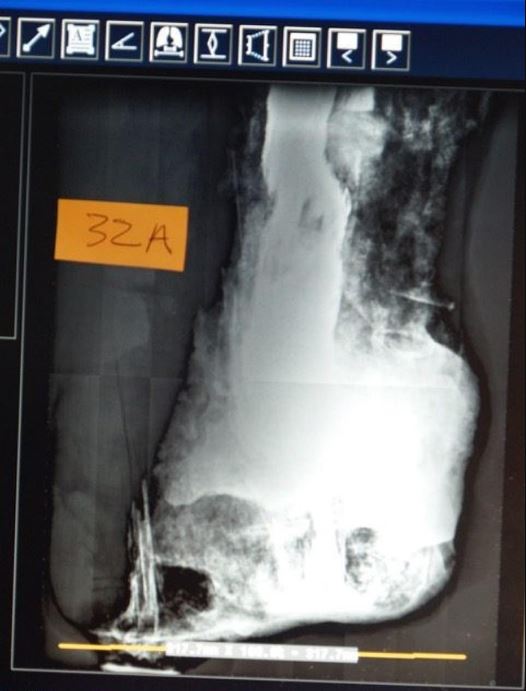 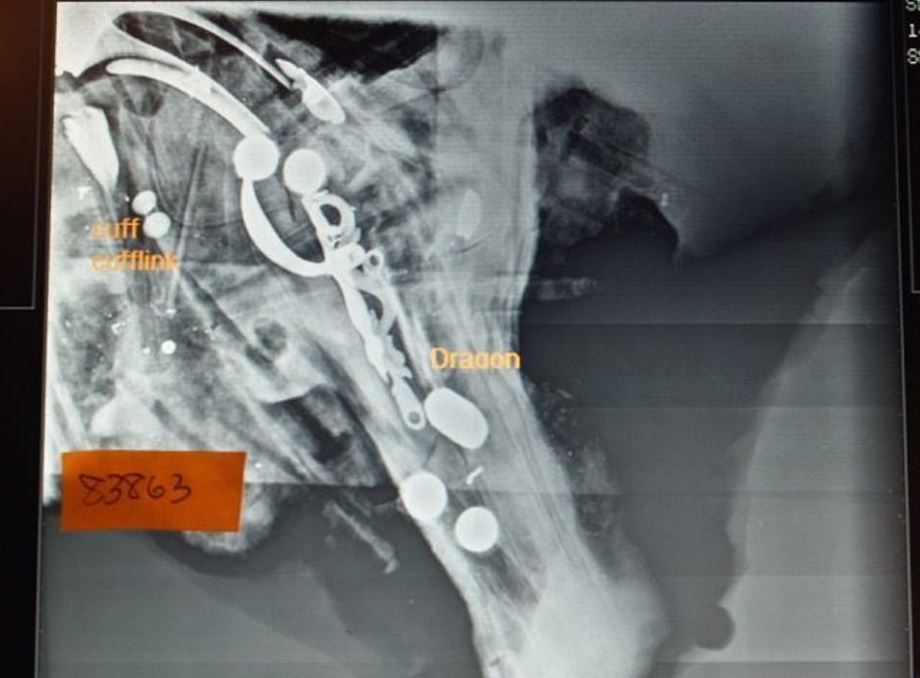 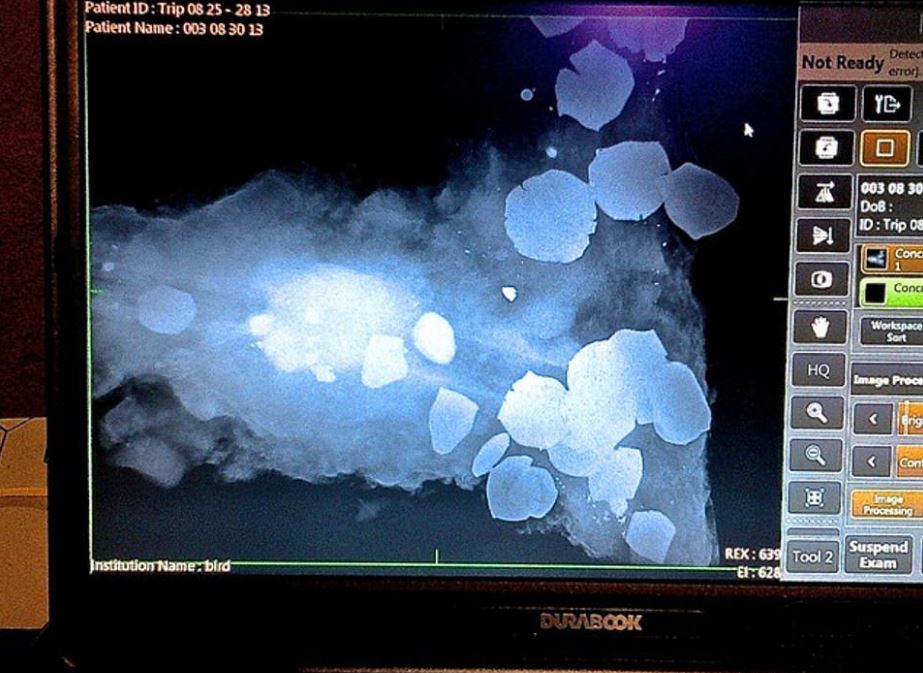 Investigators will have to carefully remove the bone piecesCredit: whydah pirate museum

The Whydah is said to have been a former slave ship that was stolen by the pirates.

It sank during a violent storm and only two of the 146 crew members survived.

The newly found skeletons are being examined by a team of experts led by underwater archaeologist Barry Clifford. 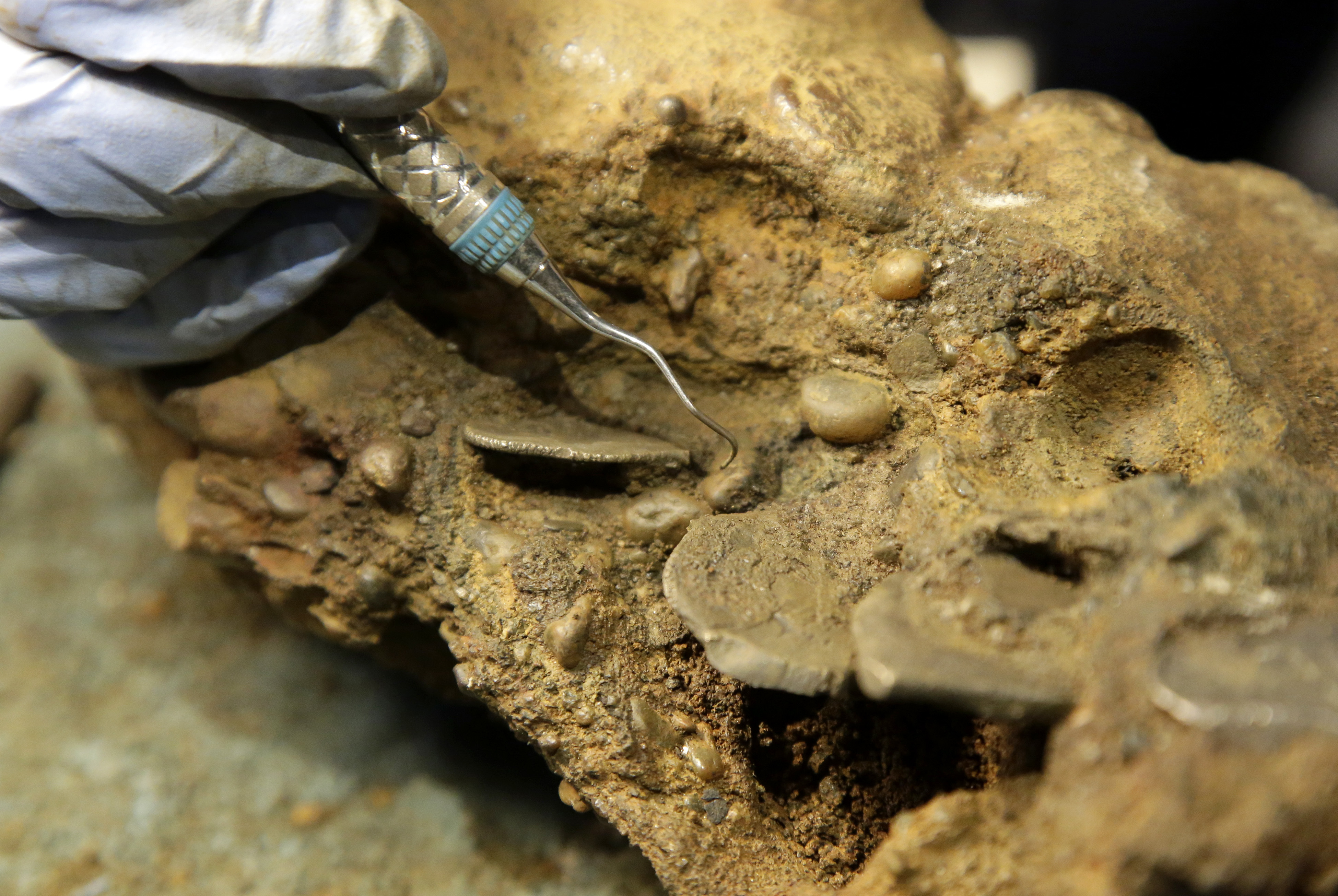 Lots of treasure has been found at the shipwreck site since its discovery in 1984Credit: AP:Associated Press 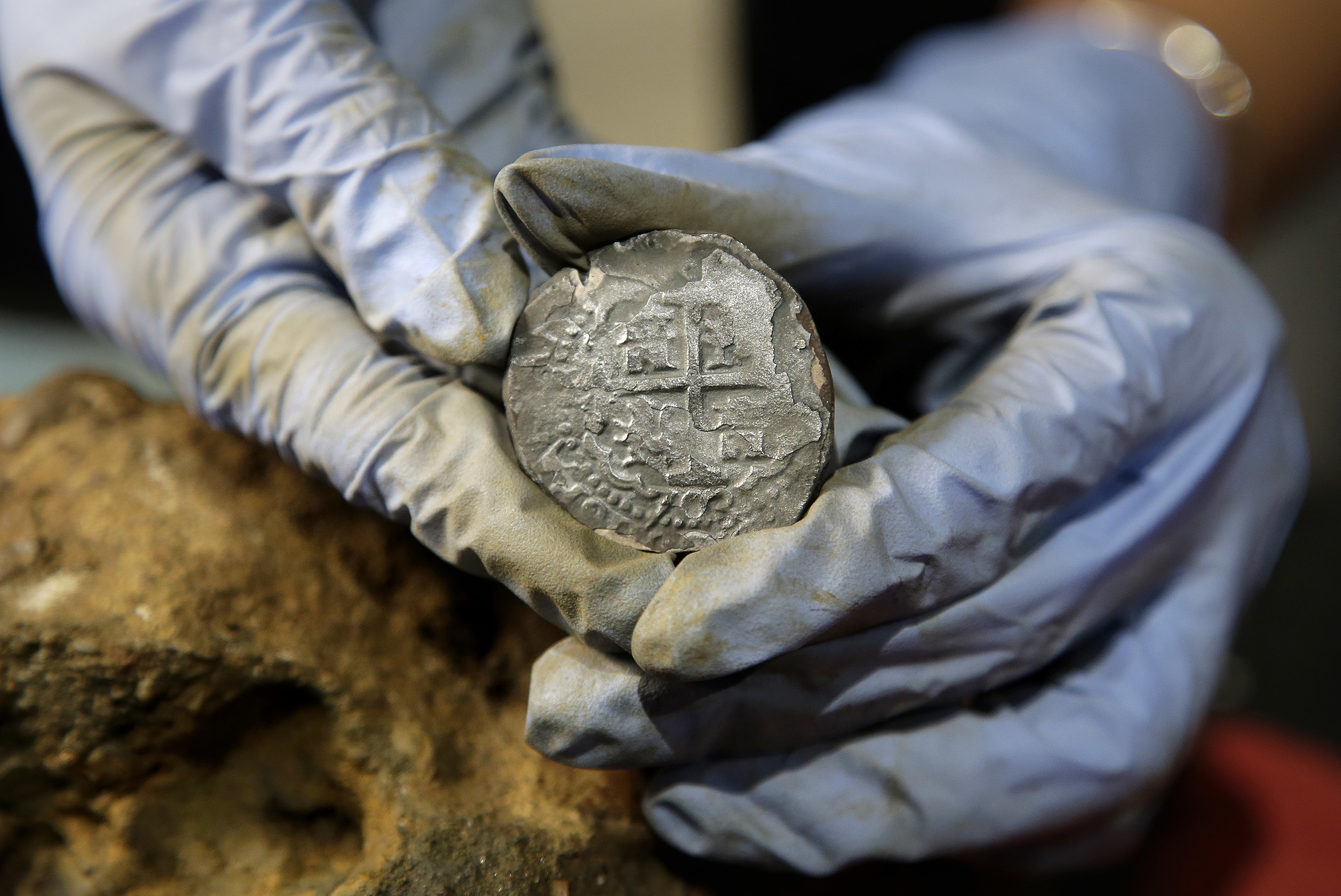 This silver coin was found on the pirate ship in 2016Credit: AP:Associated Press

He actually found the shipwreck back in 1984.

Clifford said in a statement: “We hope that modern, cutting-edge technology will help us identify these pirates and reunite them with any descendants who could be out there.” 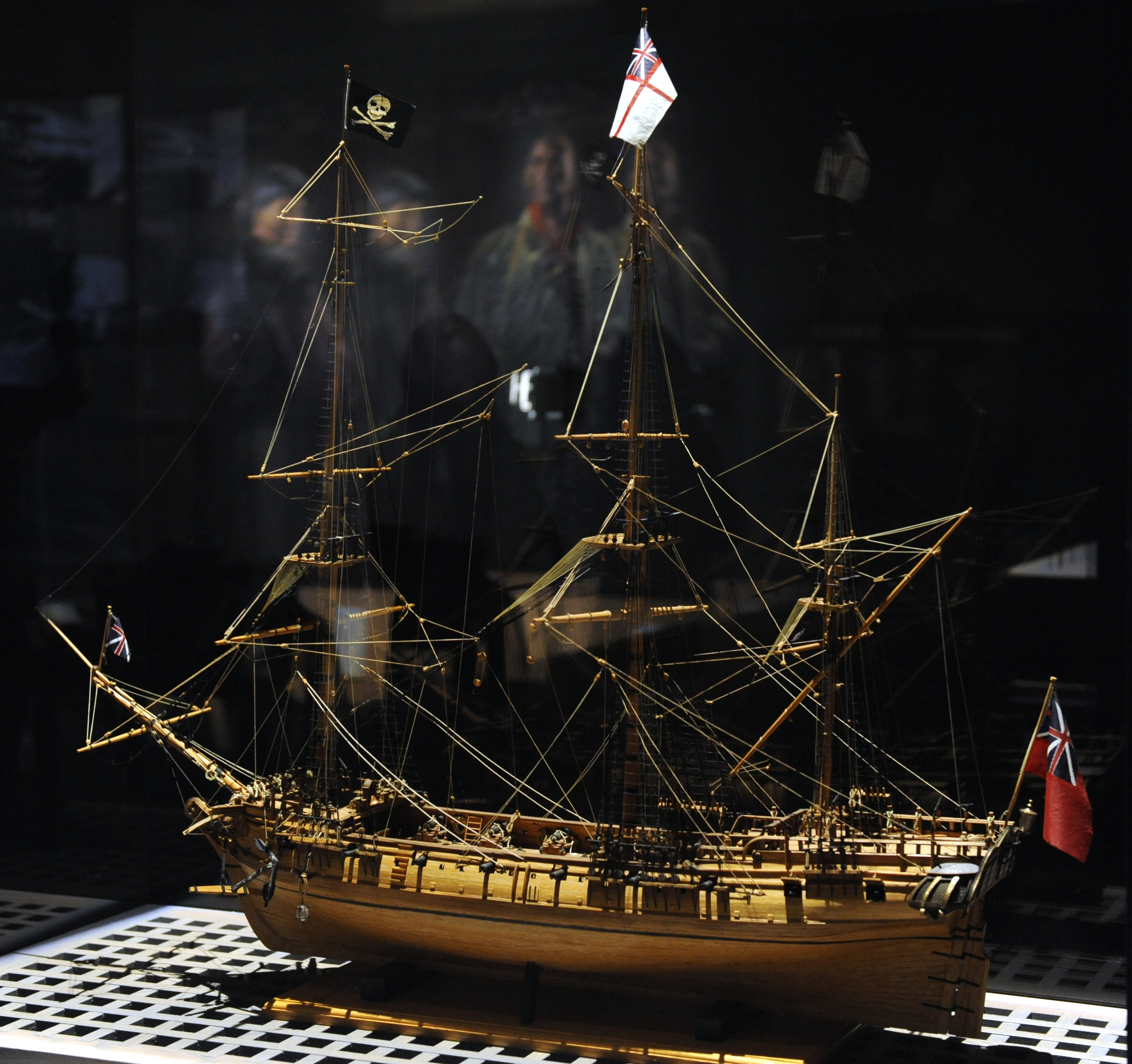 A model of the ship before it sank is on display at the Whydah Pirate MuseumCredit: Getty Images – Getty

Experts are hoping the skeletal analysis will help them find Whydah’s captain who was the infamous Samuel “Black Sam” Bellamy.

He is known as the most successful and wealthy pirate in recorded history.

Black Sam was born in England and joined the British Navy before turning to a life of pirate crime. 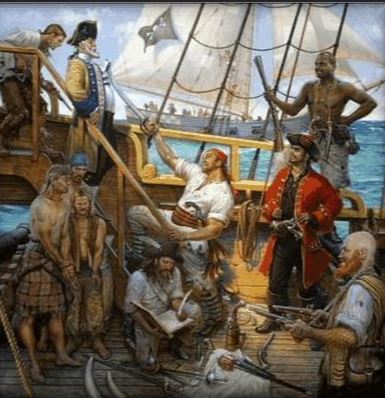 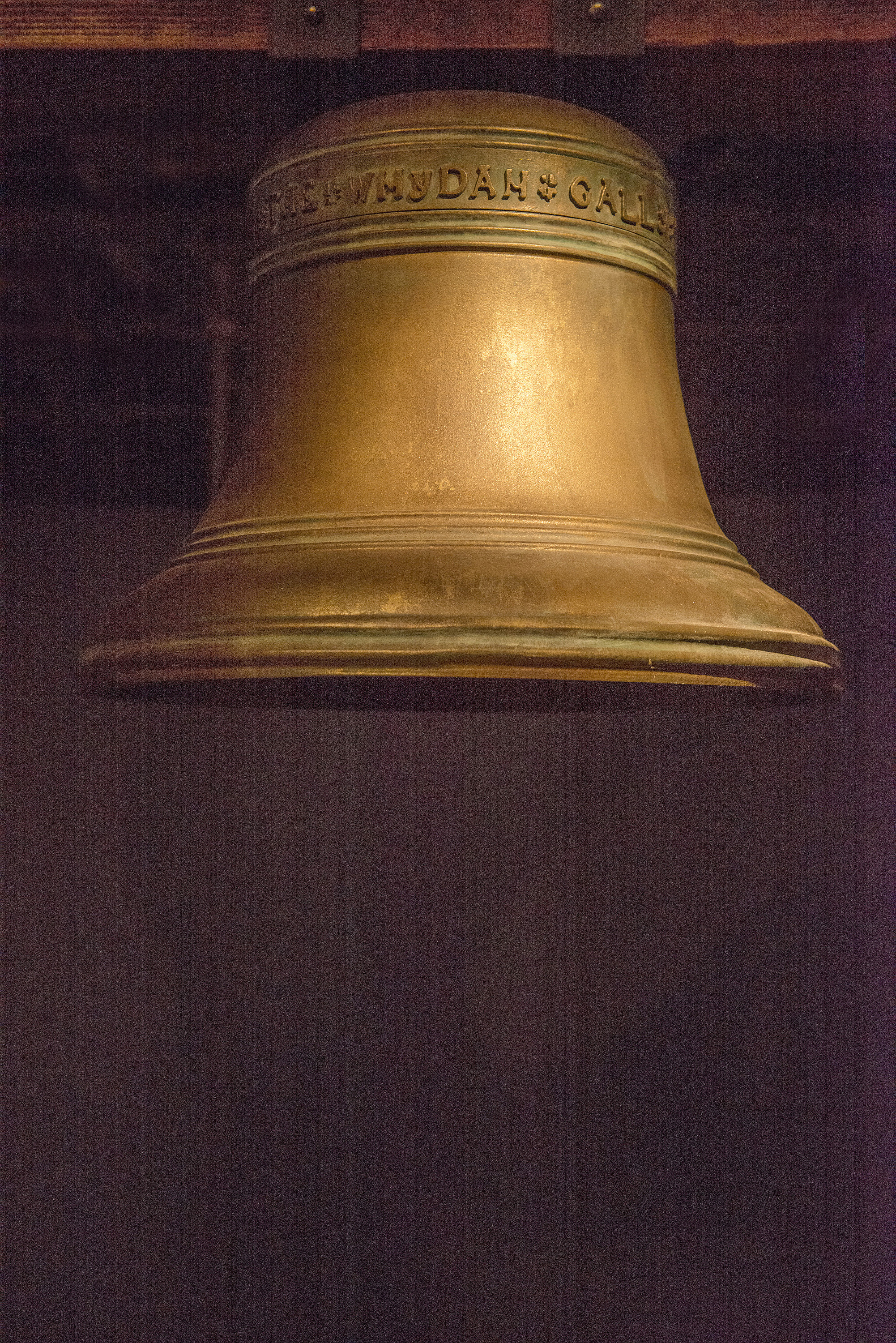 This is the bell from the Whydah shipCredit: Getty Images – Getty

Black Sam is thought to have been onboard the Whydah when it sank but was one of 40 crew members that were never found or identified.

Around 200,000 artefacts have been discovered at the shipwreck site, including gold coins, but most of the treasure remains on the seafloor.

The best treasure of all would be finding Captain Black Sam himself. 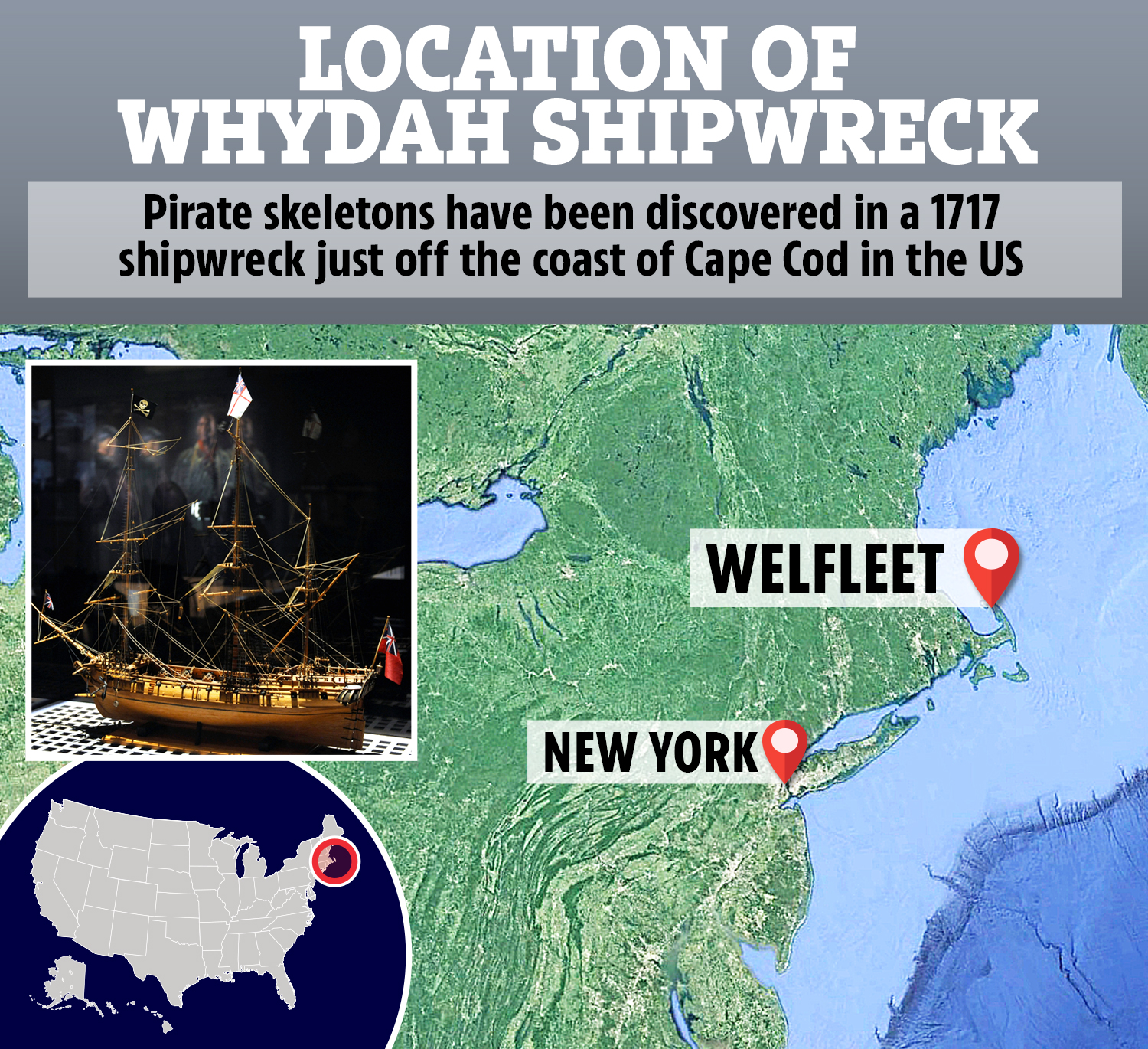 Researchers are hoping DNA from some of the bones could match that of Black Sam as they have a sample from a bloodline descendent to compare it to.

That descendant was traced back to England in 2018.

Investigators at the Whydah Pirate Museum have released images of the solid masses that contain the suspected pirate bones.

They’ll also be on display at the museum.

Who was Captain Black Sam?

Here’s some facts about the infamous pirate…

Black Sam was born in Devonshire in England in 1689

As a teenager, he joined the British Navy but soon began pirating in the West Indies

According to Forbes, he was the top earning pirate of all time and made the equivalent of $142.5million from stolen loot

He also seized over 53 ships from his victims

Despite carrying four duelling pistols, it wasn’t combat that led to his demise

Millionaire ‘ice pirate’ plans to tow 1.2MILE iceberg to the UAE – then melt it down to drink

In other news, a new video has revealed how Earth’s tectonic plates have moved the continents around like jigsaw pieces over a billion years.

An ancient mummy with a golden tongue has been unearthed in Egypt.

And, an ancient payslip uncovered by archaeologists has revealed how a Roman soldier was left penniless after the military took out fees.

What do you think of the pirate skeletons? Let us know in the comments…