ENGLAND’S torture against spin bowling continued as they crashed to inevitable defeat in the Second Test.

Joe Root’s team were routed for just 164 in their second innings and lost by the huge margin of 317 runs. The series is level at 1-1. 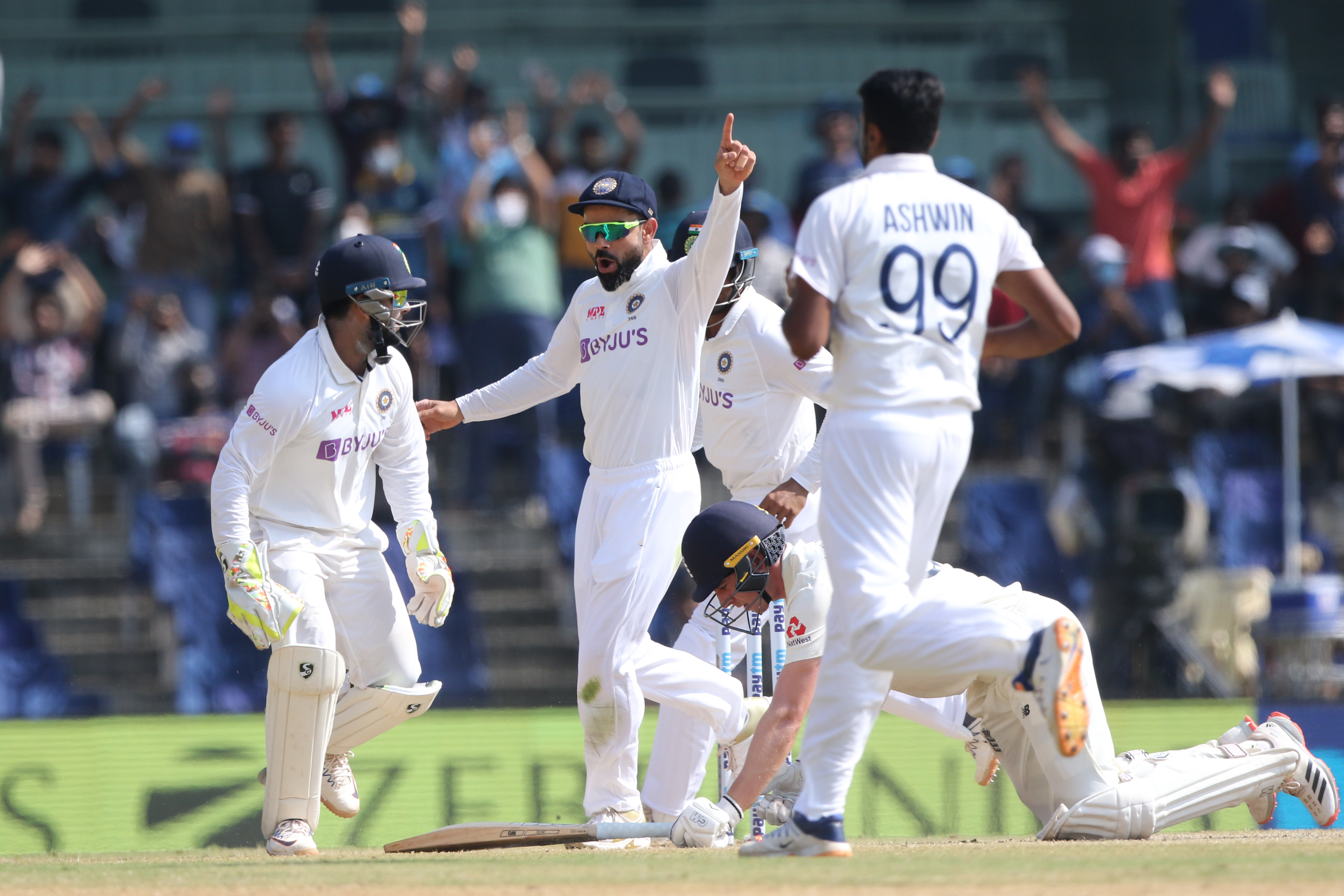 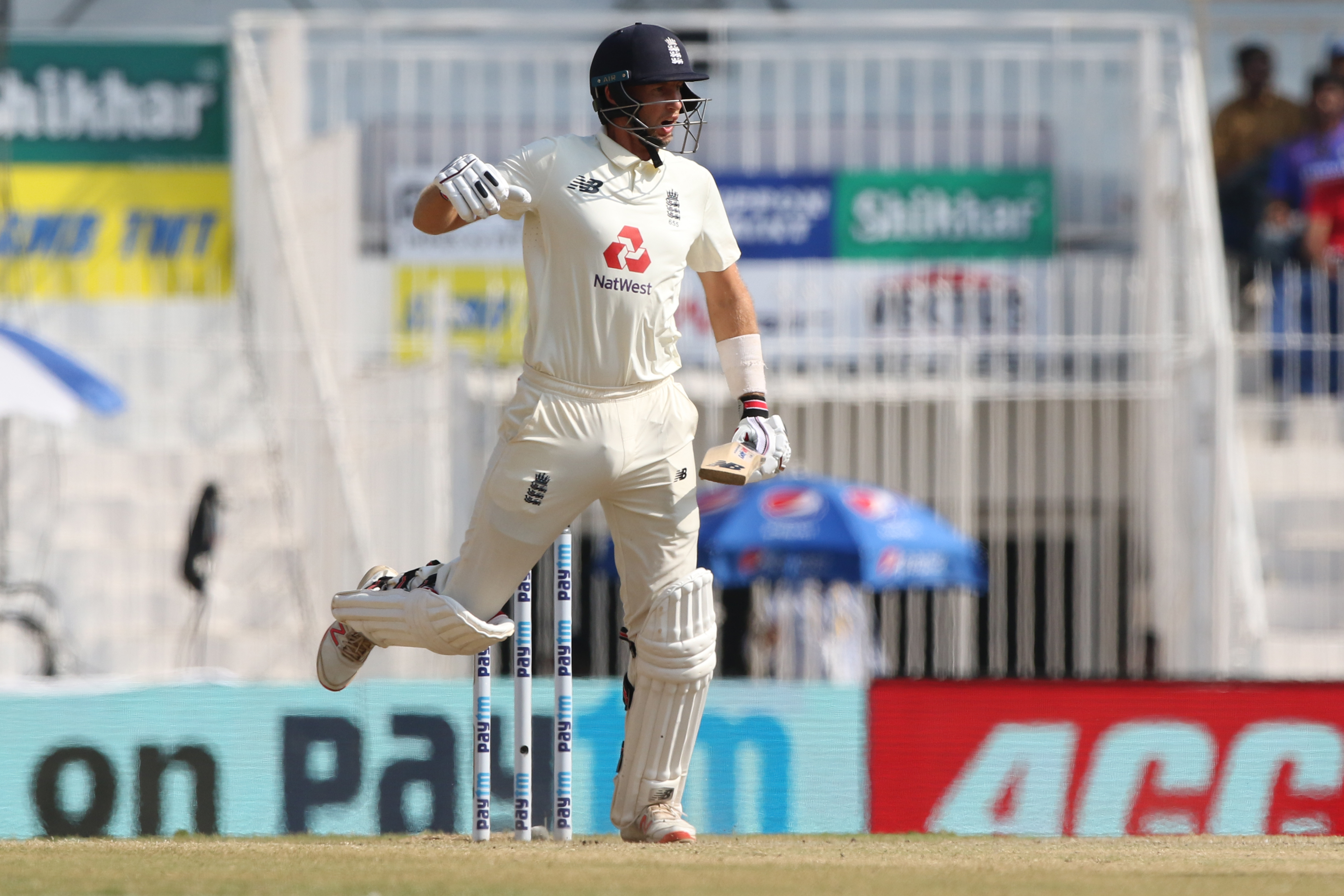 Joe Root’s side crashed to inevitable defeat in the Second Test and were routed for just 164 in their second inningsCredit: BCCI

Even some fun at the end for Moeen Ali – who struck five sixes in an innings of 43 from 18 balls – could not reduce England’s frustration and disappointment.

From the moment India won the toss, there never appeared the slightest doubt the home side would win.

But England were so comprehensively outplayed that India would surely have won even if England had batted first.

That made five England players who were out sweeping in the match.

But it was the demise of Root that showed best the difficulties England faced. A delivery from left-arm spinner Axar Patel turned and leapt from the pitch, striking Root on the glove and lobbing to slip.

There was nothing Root – or, indeed, any batsman – could have done about it.

The end came when Moeen attempted another big hit, missed and was stumped by several feet.

Dan Lawrence tried to advance down the pitch but Ravichandran Ashwin saw him coming and speared a quicker ball that ended up nutmegging the Essex right-hander. Wicketkeeper Rishabh Pant must have been unsighted but gathered the ball and completed the stumping.

Ben Stokes has often struggled against Ashwin and was caught at slip via bat and pad to one of the rare balls that did not spin. Stokes failed to score from any of his last 23 balls from Ashwin, who dismissed him for the tenth time in ten Tests.

Ollie Pope tried to be pro-active but he soon top-edged a sweep off Axar Patel straight to deep mid-wicket.

Root, on 32, reverse swept left-arm wrist-spinner Kuldeep Yadar and the ball flew straight to Mohammed Siraj at backward point. An absolute dolly of a chance – but Siraj somehow contrived to let the ball escape from his grasp.

Root enjoyed a lucky lbw escape on the third evening when the ball-tracking appeared faulty. Now another slice of outrageous fortune for the England captain.

No such luck for Ben Foakes, another man trying to play the sweep shot. The ball went straight to mid-wicket.

That was lunch and, almost immediately after the interval, Root departed ruefully looking at the pitch after his near-unplayable delivery. His luck had run out. Then Stone was leg before after missing a sweep shot. A review couldn’t save him.

Moeen Ali had some fun with five monster sixes and three fours. It took him just 15 balls to become England’s top-scorer in the innings.

All ten England second innings wickets fell to spin. Ashwin finished with eight wickets in the match, to go with his century.

Captain Root said: “Credit to India, they have outplayed us in all three departments. This is an education for us. We have to find ways of scoring runs in these conditions.

“We could have been tighter with the ball on the first day and made it harder for India to score runs. And we’re going to have to be smart about how to score runs in the conditions. But it’s 1-1 and we’re still very much in the series because of how well we played in the First Test.

“The wicket was dramatically different from the First Test and it will be different again for the Third Test, which is a day-nighter. It’s important we stay level as a team – understand we have played some good cricket recently and learn lessons from this defeat.”