JOE ROOT played another of his incredible reverse scoops for six as England closed in on another thrilling victory.

Former captain Root jumped around in his stance and lifted quick bowler Neil Wagner over the third man boundary. 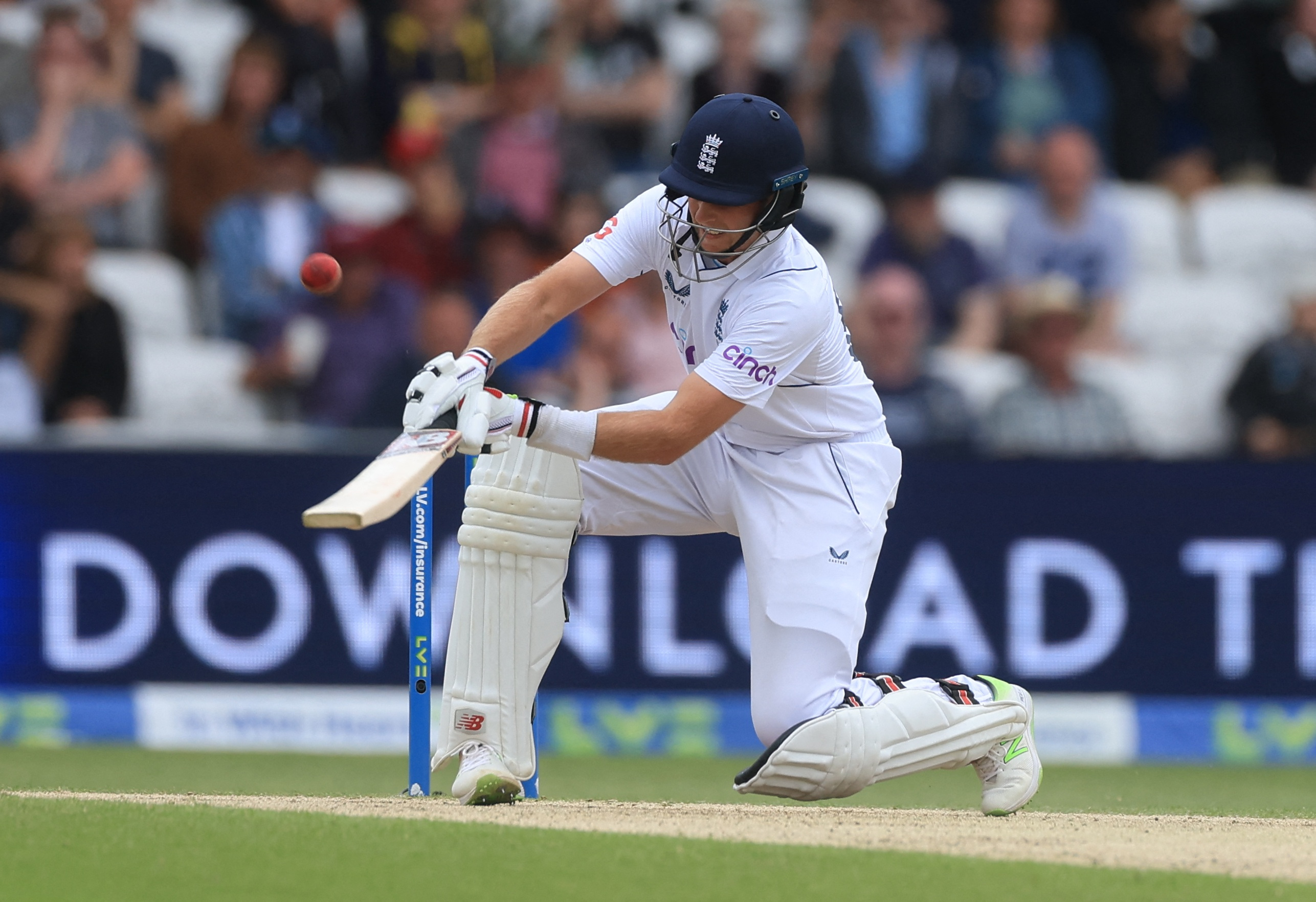 The shot was brazen and it was brilliant. And it absolutely typified the surge of self-belief and aggression sweeping through this new-look England team.

Root played exactly the same shot with the same result – six runs – off Tim Southee during his century in the previous Test at Trent Bridge.

By the close of day four of the Third Test at Headingley, England were making light work of chasing 296 for victory in their second innings.

They have rattled along at more than four-an-over, reached 183-2 and are poised for a 3-0 series whitewash. 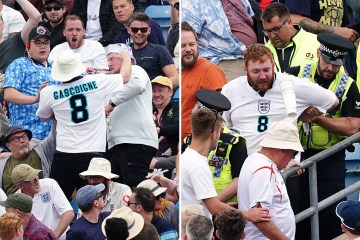 Remember, they were 55-6 on day two and in desperate trouble.

Root finished 55 not out and Ollie Pope built on his century in the Second Test with 81 not out. They have put on 132 for the third wicket and England need only a further 113 runs.

Admission is free on Monday and another full house is expected.

Like Root and most of the other players, Leach appears liberated under the new regime and the confidence being shown in him by captain Ben Stokes and coach Brendon McCullum.

Leach took the final three wickets in New Zealand’s second innings and England, after hunting down 278 and 299 in the first two Tests, were not remotely daunted by the target.

In fact, they appeared to regard it as a breeze.

There was an early wobble, but that wasn’t going to halt the torrent of runs.

Zak Crawley was dropped on nought in Trent Boult’s first over when Southee at second slip got a finger to an edge but could not hold on.

Crawley was then mainly to blame for the run out of opening partner Alex Lees.

Crawley thought his cover drive had penetrated the inner ring of fielders but Kane Williamson produced a diving stop and threw the ball on the bounce to the bowler’s end.

Boult had the anticipation and athleticism to dash to the stumps, gather the ball and remove the bails with Lees stranded.

Crawley did manage four boundaries in one Boult over but generally looked sketchy and it was little surprise when he mis-hit a drive against spinner Michael Bracewell to mid-off.

Crawley’s poor form is one of the few areas of concern for Stokes and McCullum.

But he is likely to keep his place for the Test against India at Edgbaston on Friday.

New Zealand reviewed lbw decisions against Root from successive balls by Southee. But both had the look of desperation and the impact with Root’s pad was outside off stump.

Pope found his stride and Root was in little difficulty. They were driving, guiding, pulling and reversing, the full box of tricks.

And the Blackcaps suffered from novice spinner Bracewell struggling to find any sort of consistency and being plundered at more than six an over.

Earlier, England had their third wicketkeeper of the match when Ben Foakes, already missing on Saturday because of a stiff back, tested positive for Covid.

Sam Billings, who should have been playing for Kent against Surrey, was summoned from his home in London, arrived in Leeds at 2am and became England’s first Covid sub.

He took over the gloves from Jonny Bairstow and will bat No.7 if needed.

The prolific duo of Daryl Mitchell and Tom Blundell – a hell of a pair of players – completed their fourth century stand of the series and England looked like they might be chasing way beyond 300.

Mitchell was eventually lbw to the impressive Matthew Potts and finished the series with 538 runs at an average of 107.6.

They are remarkable numbers for a man who played in the First Test only because of injuries to others.

But the Kiwis lost their last five wickets for 52 runs.

Bracewell hit Leach for one six but, attempting a repeat two balls later, holed out to deep mid-wicket.

Leach cleaned up New Zealand’s tail and completed his second five-for of the match.

Potts took three wickets and bowled superbly, as did Stuart Broad, who didn’t take a wicket but had a couple of catches dropped and beat the bat countless times. 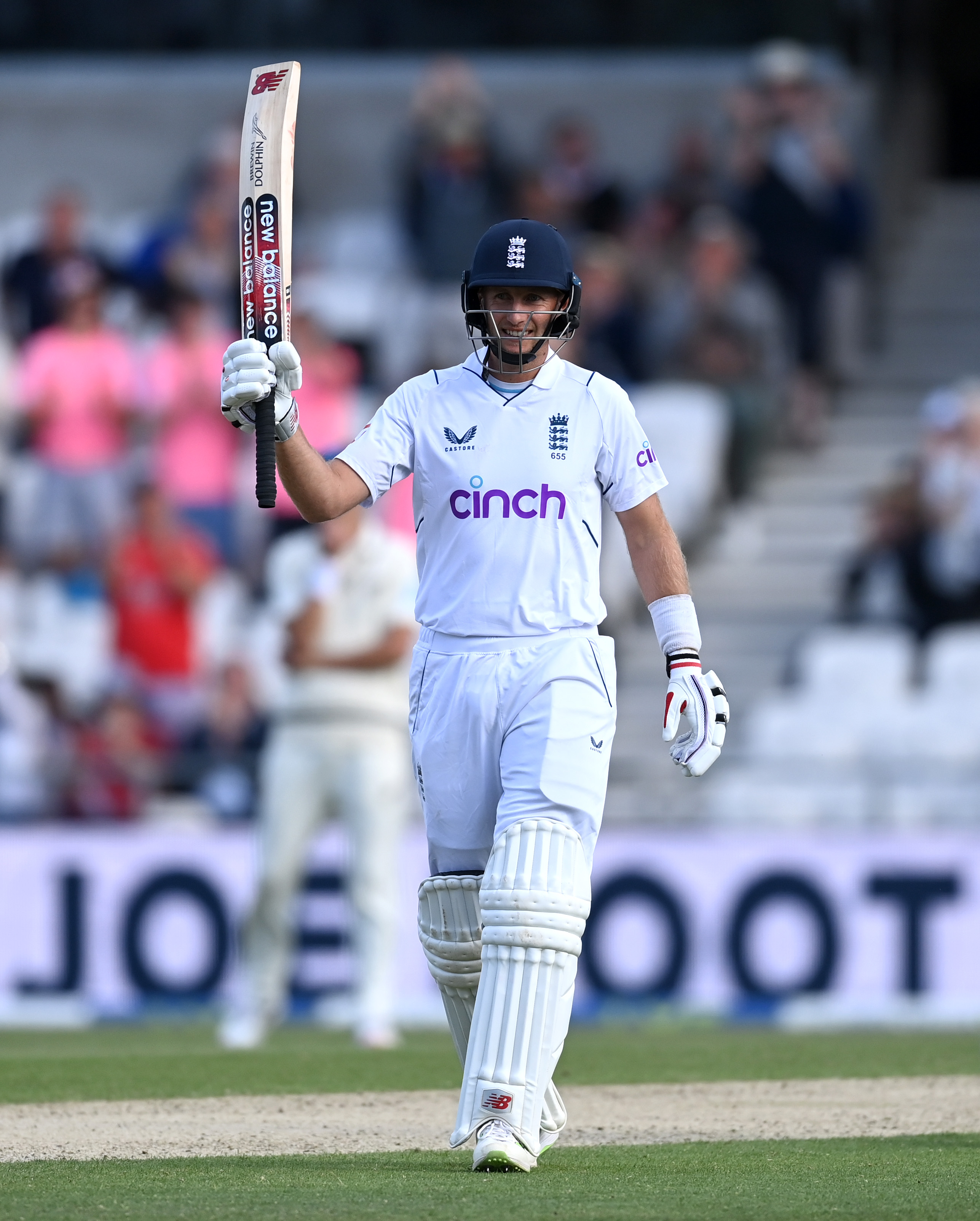 The batsman seems to be thriving after giving up the captaincy roleCredit: Getty

TRIBUTES have poured in for South African cricket umpire Rudi Koertzen, who has tragically passed away aged 73. Koertzen passed...