JOE ROOT was in despair a catastrophic collapse sent England tumbling to another massacre in the Ashes finale.

Incredibly, England lost all ten wickets for just 56 runs in 22 overs. That’s almost unbelievable – and yet it was all somehow predictable.

Joe Root was undone by a savage delivery as England collapsed once moreCredit: Getty

Australia wrapped up an easy 4-0 series win against the poor touristsCredit: EPA

It means England have been hammered 4-0 in the series with only a draw in Sydney preventing the humiliation of a whitewash.

Captain Root’s fortunes were summed up when he was bowled by an unplayable shooter in the middle of the collapse.

Root must surely resign now. He looks haunted by this experience and has lost weight.

He should concentrate on scoring 1,000-plus runs for the next five years and hand over the job of dealing with the worst England batting team in living memory to someone else.

Of course, we knew it was going to happen – it always does – but this subsidence came following a promising start with openers Rory Burns and Zak Crawley reaching 68-0.

But a target of 271 runs to win inevitably proved far too much for England’s porcelain-like batting and they hustled towards oblivion.

The Aussies won by 146 runs with two days to spare.

This series has been the worst of all the recent thrashings England have suffered in Australia.

Sure, the Aussies are much the better team but a series of strategic and selection errors handed the momentum to the home team on a plate.

Burns and Crawley gave England some sort of false hope by putting on 68 for the first wicket at four-an-over.

It was England’s best opening stand of the series.

But Burns then offered no shot to a ball from all-rounder Cameron Green and was bowled. It completed a miserable tour of the Surrey captain.

The gate was open and the Aussies piled through.

No3 Dawid Malan chopped a ball from Green onto his stumps and was out for ten.

Perhaps Malan’s mind was on other things because the previous evening his wife Claire gave birth to their first child, a girl called Summer.

Crawley again played some pleasing shots but again did not stay in long enough. It took a beauty from Green that nipped away off the pitch to remove him. 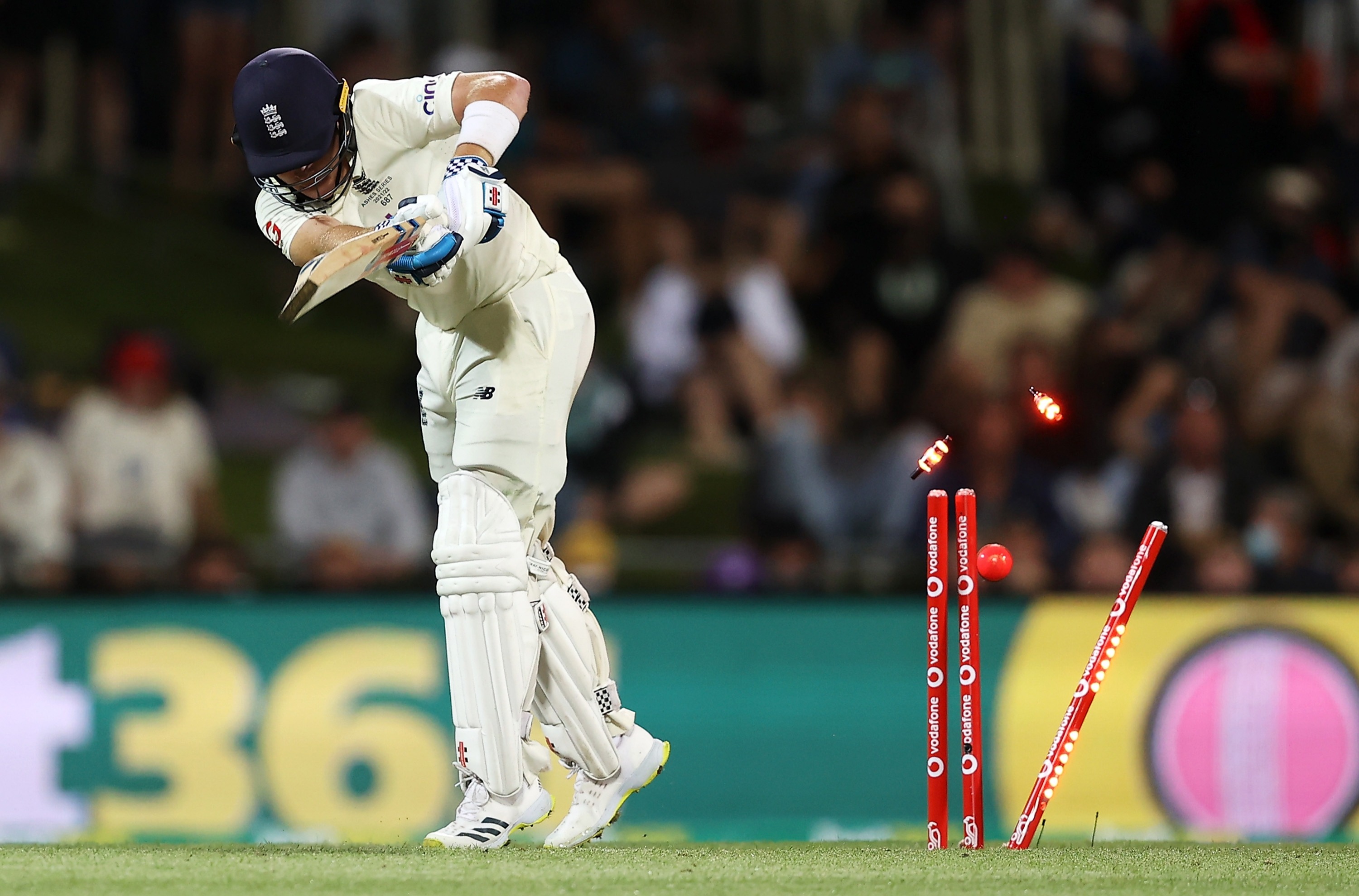 Ollie Pope had his stumps clattered by Pat Cummings towards the end of the collapseCredit: Getty 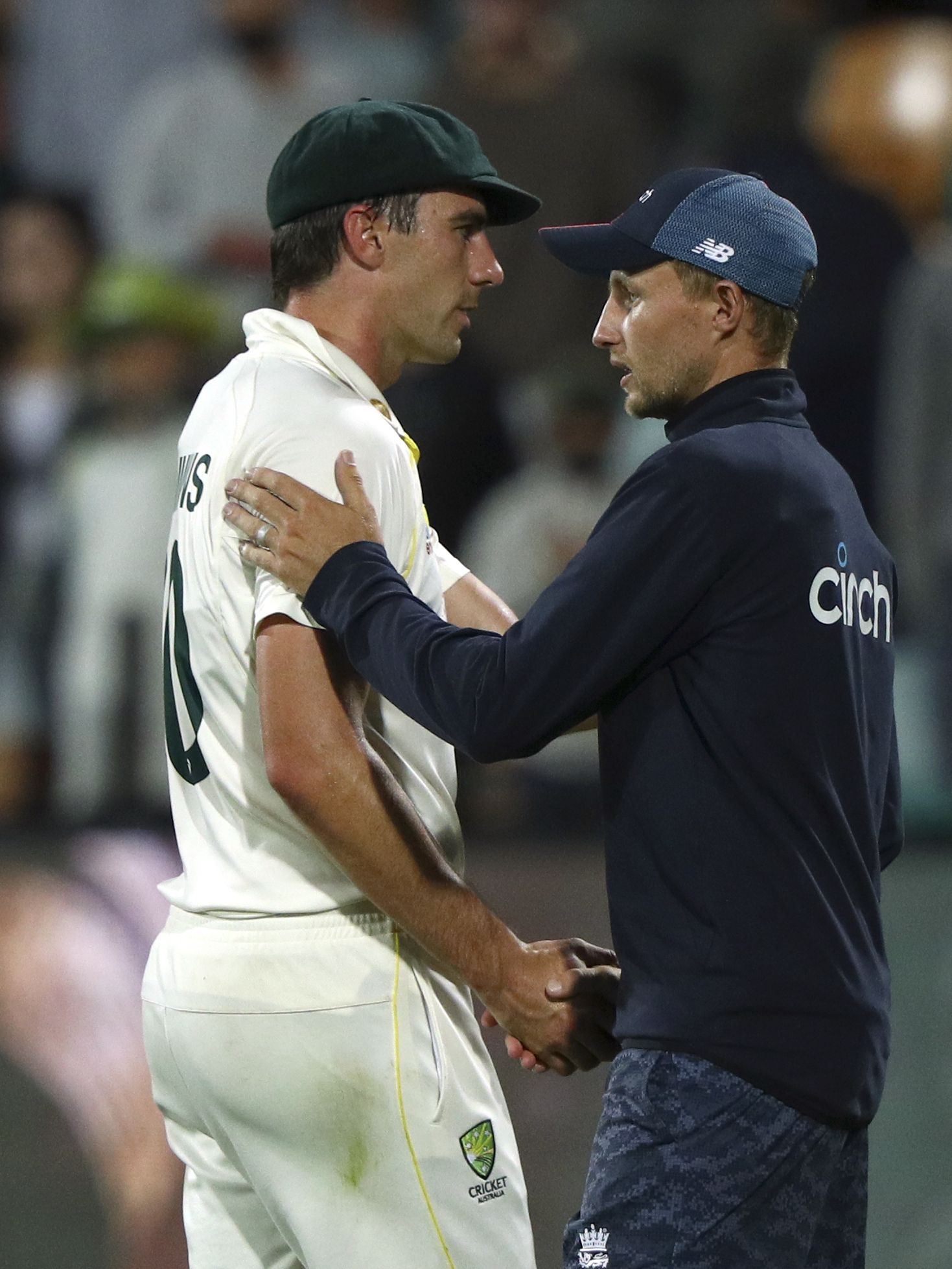 The two captains shake hands at the end of the matchCredit: AP

And then Ben Stokes completed a tour of immense disappointment when he pulled a ball from Mitchell Starc to deep mid-wicket.

Another soft dismissal for England and suddenly four wickets had fallen for 24 runs.

That became 5-33 when Root was bowled by a grubber from Scott Boland.

Wicketkeeper Sam Billings clipped a tame catch to mid-on and Ollie Pope got himself into another muddle at the crease and ended up being bowled behind his legs.

Chris Woakes appeared to have given up and just aimed a wild hoick.

The outcome was predictable – an edge and a catch behind.

Mark Wood went down slogging, too, and whacked a short ball into his stumps and the destruction was complete when Stuart Broad dragged on.

Earlier, Wood was finally rewarded for his big-hearted bowling in this series.

He has always operated at maximum pace and maximum effort and now, after plenty of frustrations, he returned 6-37 in Australia’s second innings.

The Durham speedster finished with 17 wickets at 26 apiece in the four Tests he played.

The Aussies were already three wickets down overnight and Wood soon had nightwatchman Boland caught behind, Travis Head strangled down the legside and then Steve Smith skied a hook shot to fine leg.

Green was lbw to Broad on review and then Wood persuaded Starc to pop a catch to short leg.

Broad had Alex Carey caught behind and Wood took his haul to six wickets when Pat Cummins was bowled.

Broad was not much less impressive than Wood and finished with 3-51.

Wicketkeeper Sam Billings held five catches on his Test debut after none in the first innings.

It was the first time England had taken all 20 wickets in an away Ashes Test since Sydney in 2013 – ten matches ago.

But it all meant nothing because England’s batting once again disintegrated in the face of Australia’s outstanding and relentless bowling. 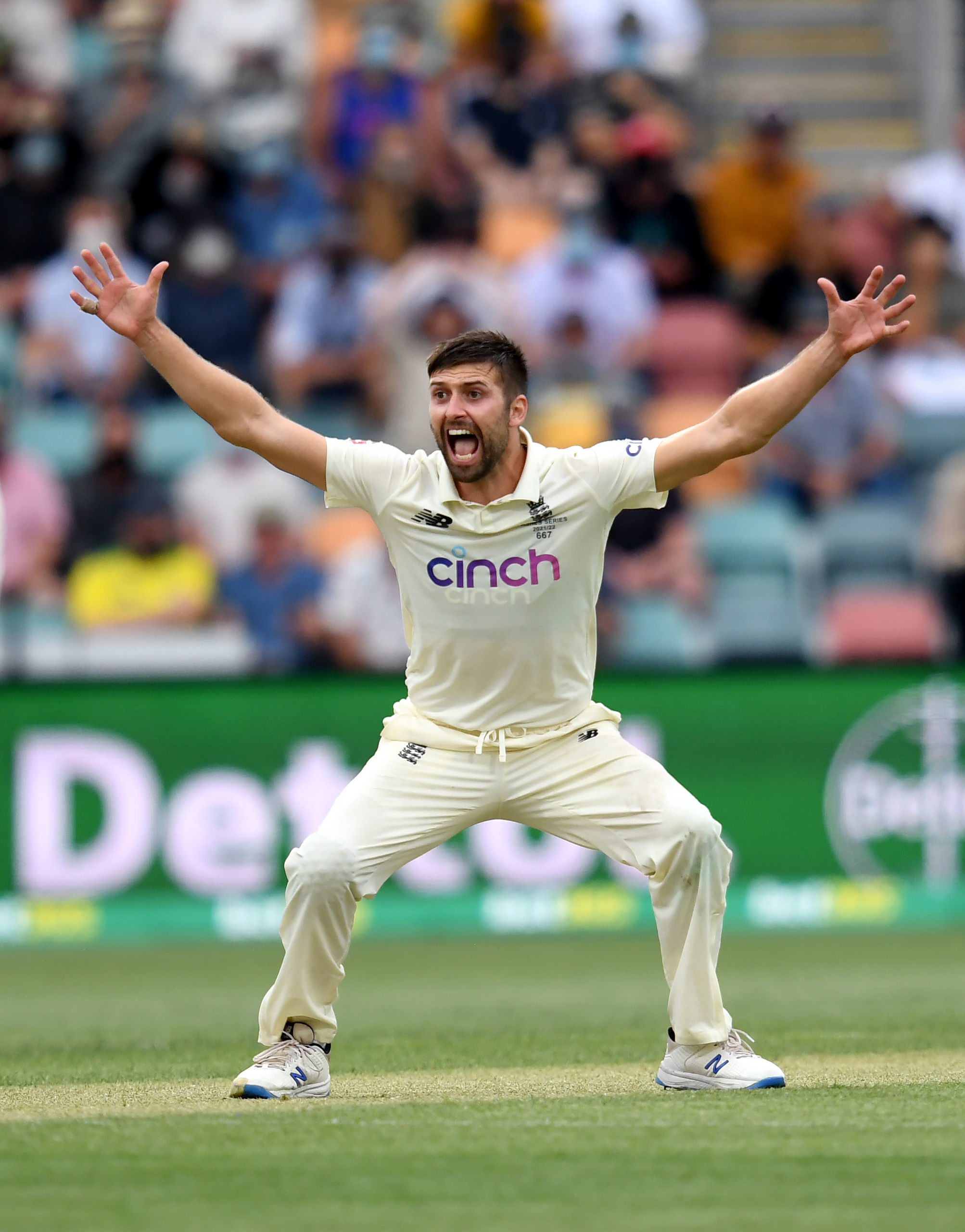 Mark Wood got the wickets his bowling over the course of the trip deserved but was let down by the battersCredit: PA

It was a pathetic end to a terrible summer of cricket in Australia for EnglandCredit: EPA

ANDREW SYMONDS’ pet dog refused to leave his side as a couple desperately tried to revive him. The Australian cricket...